…The Blurred Line Between Friendship And Love: You And Me On Vacation By Emily Henry 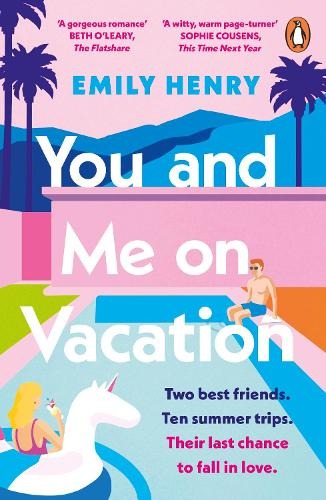 ‘Birds do it, bees do it, even educated fleas do it, let’s do it, let’s fall in love’. Cole Porter’s sublime lyrics perfectly capture the infatuating magnetism and devil-may-care allure of romantic attraction, without a whiff of the perils to be faced by those under its deliciously intoxicating spell. Oscar Wilde, himself no stranger to reckless longing, once said ‘When one is in love, one always begins by deceiving oneself, and one always ends by deceiving others. That is what the world calls romance’. Porter’s outlook certainly seems the chirpier of the two, however Wilde’s sapient if cynical epigram is neither specious, nor entirely refutable !

Emily Henry’s second novel following hot on the heels of her New York Times bestseller, Beach Read, is a delightfully vivacious Romcom exploring both of the above perspectives. It offers her readers exuberant wit, hilarious badinage and enough sexual tension to cause the vicar to unbutton her dog collar and open a window! Henry balances acutely relatable insights into ‘millennial ennui’ and tender repressed longing, with farcical muddles almost guaranteed to produce hearty belly laughs. Effervescent and entertaining, her jocund novel both tickles our toes, and moistens our eyes.

Employing a genre in which the denouement is seldom a surprise, and its quintessential tropes often unfairly derided as blatantly formulaic, is a hugely underrated challenge. We have the desideratum of a ‘grand gesture’, as de rigueur as the presence of farcical impediments to the course of true love, and authors of Romcom literature must conceal their prescribed stitches with elegant, yet comical finesse.

Tougher yet, the genre’s potency and undervalued didactic potential calls for its authors to employ both bathos and pathos, whilst sensitively exploring one of mankind’s most complex emotional conditions…romance.

Henry’s nuanced legerdemain, her light dextrous touch and impish intelligence prove no match for these literary challenges. Indeed, she causes her reader to vacillate from vicarious despair to emotional elation with a psychologically perspicacious and modulated flick of her pen. Consequently, her rambunctious tale romps along the rocky road to love with zip and zest. Further, Henry knows how to pull her reader into the machinations of her jaunty, yet at times poignant narrative, compelling us to turn the novel’s imbroglio-laden pages with eager anticipation.

Our plot centres upon two millennials, Poppy and Alex, both hailing from the same small American town, but the products of wildly divergent backgrounds and radically dissimilar undergraduate experiences. The unlikely pair bond whilst inadvertently sharing a summer vacation, each finding in the other a soul in sympatico, yet wrapped beneath antithetical personalities and life goals. With ‘no desire to impress the other’, an initially furtive friendship blossoms into an unconditionally synergic bond, despite their contradictory aspirations, lifestyles and damaged emotional sensitivities. 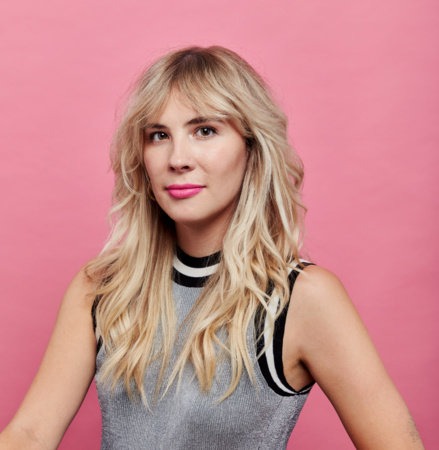 Emily Henry
Our platonic protagonists resolve to share their future summer vacations with our narrative describing the events of each of these over the course of the following nine years. Temporarily discarding their normative masks, the pair find increasing solace in the joy of authentic being, sans the brutal truth that neither is leading a truly satisfying life, for ‘On vacation, you can be anyone you want’.

However, during their tenth sojourn from daily reality and submerged emotional needs, their once unbreakable relationship suffers an insuperable calamity. Two years pass with neither contacting the other, until Poppy, unable to endure ‘the pain of living without him’, tentatively breaks the gelid silence. She invites Alex to share one last summer holiday, her desperate attempt to restore their fractured, but indispensable friendship. Our story becomes one that skilfully splices the past with the present by dint of analepsis, historical accounts of previous summers cleverly counterpointed by chapters relating the unfolding story of their present vacation.

Dramatic irony is deployed with dextrous élan, enabling Poppy’s first-person unreliable narration to be knowingly interpreted by Henry’s clued-up reader. Witnessing both protagonists at close quarters over the course of ten unguarded summers, the reader is treated to a virtuoso exercise in character development. The corollary of this canny device is that we see past Alex’s apparent insouciance and passive charm, beyond Poppy’s automorphic delusions and sardonic wit, to comprehend their true selves and authentic souls.

Henry’s novel derives almost all its emotional resonance from the competence with which she meticulously paints her characters, causing the reader to respond to them not as vapid Romcom archetypes, but as fully realised flawed, complex and adorable individuals.

A desideratum of any Romcom is …comedy. Yes we want the ‘I’m just a girl in front of a boy asking him, to love her’ moments, but we also need the ‘James Bond never had to put up with this shit’ belly laughs. Henry does not disappoint.

Scalpel-sharp wit vibrantly animates the novel’s dialogue; jibes and deliciously acute insults ricochet through paragraphs reminiscent of scenes likely to provoke the jealous admiration of no less than Richard Curtis or Helen Fielding. As the couple slip into ludicrous role plays, clowning about with uninhibited zeal, laughs come by the appreciated bucket load. Henry knows that hilarity as a counterpoint to more serious themes is a golden recipe when cooking up a toothsome delight.

Thematically, the frothy frolics ostensibly forming the novel’s engaging plot, are artfully effective conduits to the troubling truths forming the partially concealed substructure of the book. Henry places unacknowledged loneliness, fear of rejection and individual authenticity under her authorial microscope.

Beyond Poppy’s facetious jests and haptic cravings, sybaritic love of luxury adventures and social media popularity, lies a tremulous heart seeking love. Alex’s self-disciplined repression of his emotional desires, the masking of his vulnerabilities and fears, allows Henry to subtly confront self-delusion, ennui and the problems asphyxiating the generation she depicts: ‘But most of us are too scared to even ask what we want in case we can’t have it’.

Sexual desire as a causative primal agent of both bliss and ruin is explored with sure-footed aplomb, as are the calloused wounds left by self-doubt, bullying and grief. Familial dynamics, vacuous consumer capitalism and incompatibility marble the novel’s flesh, making it all the more satisfying. The osmotic transition from platonic affection to ineluctable longing is charted with assiduous realism. The volte-face in the couple’s interpersonal dynamic becomes an astutely sensitive exploration of the dichotomy between labelling an emotion as perceived through a deformed prism, and confronting its unadulterated essence. Alex and Poppy wrestle with submerged truths and the universality of their plight lends the novel something approaching real depth, even if garbed in the bright hues of a circus clown.


Also by Paul Spalding-Mulcock...
Contemporary Art, With An Ancient Past: Interview With Matt Leak – Mosaics Artist'The World Of Reality Has Its Limits; The World Of Imagination Is Boundless' : Interview With Kate LycettInterview With Chris M. L. Burleigh‘Very Few Of US Are What We Seem’: The Supper Club Murders By Victoria DowdCézanne – Muse, Guide And Maestro: Interview With Phil Fraser – Watercolour Artist
For me, the one minor failing of the book is the overegging of its narrative with passages designed to add context, however the effect is to dilute rather than intensify the novel’s grip on our attention -rather akin to a film being loaded with superfluous scenes arresting the plot's momentum, not terminally fatal, but mildly deleterious nonetheless. We have a surfeit of material, none of it poorly written just a tad unnecessary. That said, my observation might easily be dismissed as the grumpy complaint of an otherwise fully satisfied diner!

So, a sparklingly witty, warm-hearted story written with panache and suffused with sassy sagacity. Books like this will always have a place on my shelves. I began with Porter, so I’ll end with another wise philosopher, Socrates: ‘One word frees us of all the weight and pain of life. That word is love’.


You and Me on Vacation is published by Penguin Random House