The Reytons – A Landslide Victory In Leeds 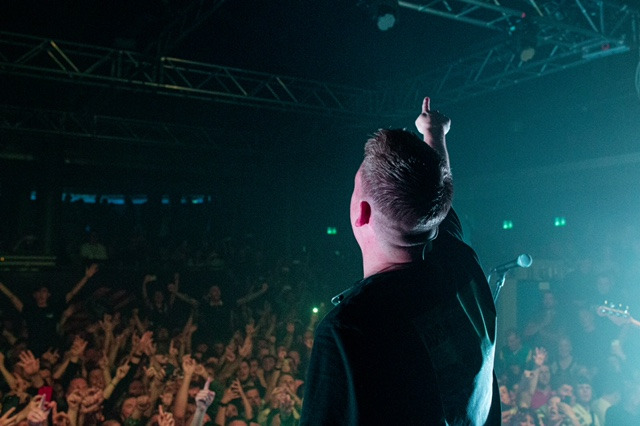 Yorkshire band The Reytons continue to grow in stature and popularity; the last time I saw them was nearly 2 years ago in Doncaster on a cold, wintry late January evening though the energy and heat that they generated from the stage was enough to thaw out any disbeliever.

Since then a few beards have been grown by band members and the fanbase has grown even bigger and older. The current tour stretches from Glasgow to Southampton with even a few shows on the continent demonstrating that the Reytons’ success is not just confined to Yorkshire anymore.

The Reytons know the value of a good song – before they appear on stage at Leeds University the PA blasts out Tom Jones’ Delilah and Sweet Caroline from Neil Diamond as it sets the fans up for what will be a tour de force of top songs.

The debut album might have been delayed more times than the new James Bond film but thankfully it will see the light of day in November. 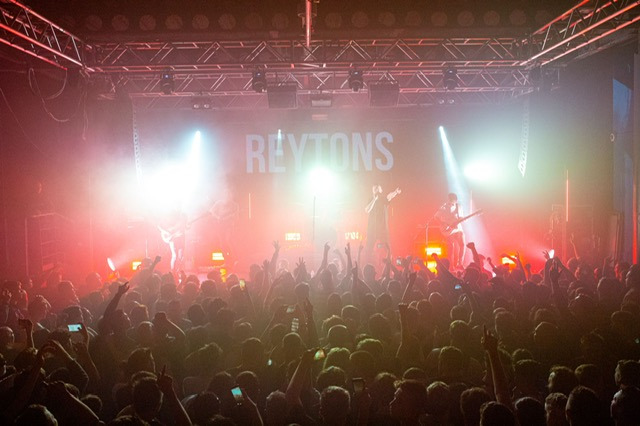 The stage lights flash as fast as the fans mingle in the mosh pit with the lights bathed in red during Red Smoke. On The Back Burner proves that guitar music is alive and kicking though to look at the singles chart you would hardly know it.

Always the underdogs, lead vocalist Jonny Yerrell says by way of an apology “We are just a group of Yorkshire lads just chancing our luck”.

Landslide deserves to be heard by the many and not just the few – if the band were to guest on a TV show like Later .. with Jools it would definitely shake up the show and do The Reytons a world of good.

Kids Off The Estate – one of their older tracks concluded a glorious performance. The band look to be having a great time on stage after the shut down of the live sector – that enthusiasm rubs off into the audience. It is times like these you wish that more people knew about The Reytons – though give it time and The Reytons will no longer be the underdogs.

To coin a Yorkshire phrase “ it was a reet good night”
Also by Graham Clark...
Break For The Border - The Scottish BordersAlbum Review: Coldplay - Music of the SpheresInterview With Dr Ranj - Bradford’s New Panto StarThe Nook Wine Room, BlackpoolThe Sherlocks Return With New Album And Tour