Today, Governor Andrew Bailey unveils the design of the new £50 banknote featuring the scientist Alan Turing. He will be joined by Stephen Fry and Dr Simon Singh, who will reflect on the note, and the choice to feature Alan Turing on it. Following its public unveil today, the polymer £50 will be issued for the first time on 23 June 2021, which coincides with Alan Turing’s birthday. 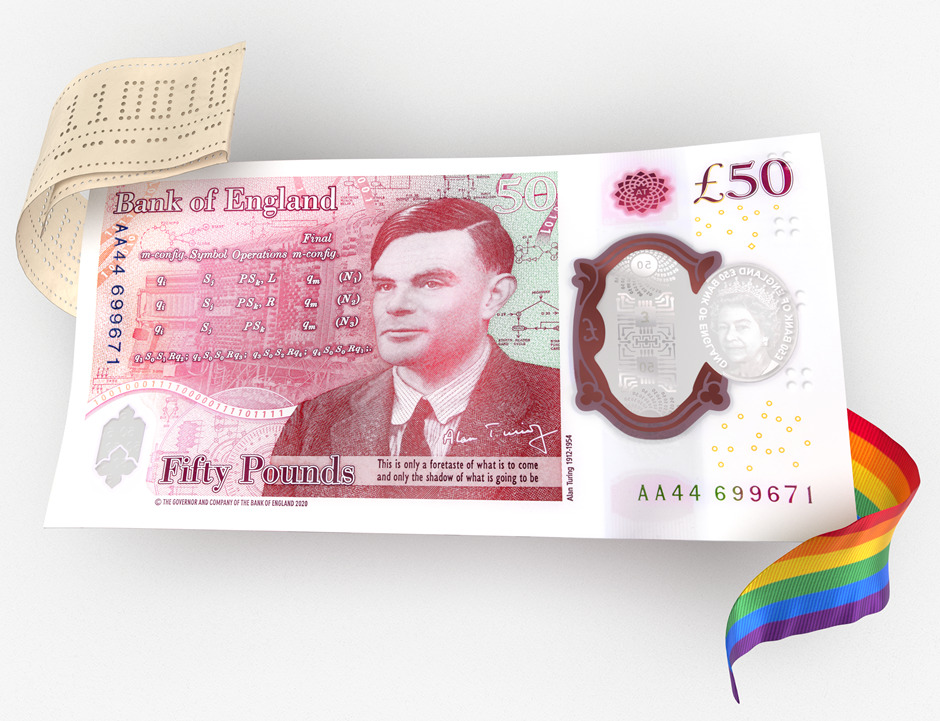 The polymer £50 note contains advanced security features, completing our most secure set of Bank of England polymer banknotes yet. The note, like the £20, incorporates two windows and a two-colour foil, making it very difficult to counterfeit. There is also a hologram image which changes between the words ‘Fifty’ and ‘Pounds’ when tilting the note from side to side.

One of the benefits shared by all our polymer banknotes is that they last longer than paper notes and they stay in better condition during their use. This note, like the polymer £10 and £20 will contain a tactile feature to help vision impaired people identify the denomination.


The polymer £50 note will join the Churchill £5, the Austen £10 and the Turner £20, meaning all Bank of England banknotes are now available in polymer. The public will begin to see the new £50 from 23 June 2021 as the notes enter general circulation. The public can continue to use paper £50 notes as usual. Notice will be given at least six months ahead of the date when the old paper £50 is withdrawn.

£50 note - front
Commenting on the new note, Governor Andrew Bailey said:
“There's something of the character of a nation in its money, and we are right to consider and celebrate the people on our banknotes. So I’m delighted that our new £50 features one of Britain’s most important scientists, Alan Turing.

"Turing is best known for his codebreaking work at Bletchley Park, which helped end the Second World War. However in addition he was a leading mathematician, developmental biologist, and a pioneer in the field of computer science. He was also gay, and was treated appallingly as a result. By placing him on our new polymer £50 banknote, we are celebrating his achievements, and the values he symbolises”.

The new £50 note will feature the signature of Sarah John, the Bank’s Chief Cashier.


£50 note - back
Director of GCHQ Jeremy Fleming said:
“Alan Turing’s appearance on the £50 note is a landmark moment in our history. Not only is it a celebration of his scientific genius which helped to shorten the war and influence the technology we still use today, it also confirms his status as one of the most iconic LGBT+ figures in the world.

"Turing was embraced for his brilliance and persecuted for being gay. His legacy is a reminder of the value of embracing all aspects of diversity, but also the work we still need to do to become truly inclusive.”

Codebreaking
Alan Turing is perhaps best known for his codebreaking work during the Second World War. In recognition of this, the Bank of England have collaborated with GCHQ on the intelligence and cyber agency’s toughest puzzle ever - based on the Turing £50 bank note design.

GCHQ’s Turing Challenge, a set of 12 puzzles which has been put together by intelligence staff at GCHQ, where problem solving and a diverse mix of minds are at the heart of its work to help protect the UK from increasingly complex threats.

The puzzle will launch on the morning of 25th March. Could you be the next Alan Turing? https://www.gchq.gov.uk/information/turing-challenge

Primary schools project
Although famous for his work on codebreaking and computing, Alan Turing is less well known for his discoveries in the field of biology. Turing was a pioneer of morphogenesis, where he used mathematics to understand how natural patterns like the spiral formation of the seeds in a sunflower head, and the arrangement of spots on a leopard can form.

The Bank of England want to get children excited about maths and science, and show them how these subjects relate to the natural world. So they have teamed up with the School of Mathematics and Statistics at the University of Sheffield, who have designed a project for primary schools nationwide. https://turing-pattern-project.group.shef.ac.uk/

Alan Turing’s biological mathematics can be broken down into an algorithm that requires only addition, subtraction, multiplication and division. He discovered that by repeating the algorithm over and over again, beautiful patterns would emerge. Using a series of template lesson plans, primary schools can perform these calculations collectively, acting as computers to discover if Turing’s mathematics can recreate the pattern of a giant puffer fish. 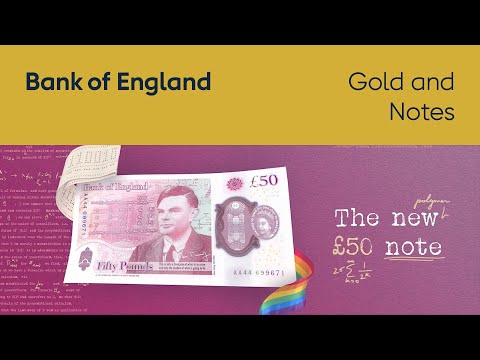