The Imposter by Anna Wharton: A Review

The Imposter is the chilling debut novel from the print and broadcast journalist Anna Wharton. At its thematic heart is the human need for connection, the need to belong somewhere, to someone, and the depths of despair we encounter through loss, fear and ultimately, deception.

The central protagonist is Chloe, a newspaper archivist who would rather exist out of sight, buried in her preciously recorded newsprint, living vicariously through the stories of those who have come before her. She cannot or will not face the realities and troubles of the here and now. From the start, we know she’s seen as unreliable; her management have no sympathy for her absences to take care of Nan, with whom she resides, and who suffers dementia. We develop a form of sympathy in the opening chapters, but our attitude towards her character fluctuates as we slowly understand more of her flaws, some forgivable, some frankly odd. As an introverted character, she is reluctant to reveal all: we feel she is shy, delicate, somewhat damaged, but we don’t know why.

She becomes unnervingly caught up with a story of a missing girl who disappeared over twenty years ago, prompted in part by the temporary disappearance of her dear Nan. With the archive at her fingertips, Chloe compulsively gathers the stories, one by one, familiarising herself with every twist in the plot. She becomes convinced that the police missed something, convinced she can solve the case and when Nan ultimately has to move to a care home, Chloe moves in as a lodger into the home of the missing girl’s parents. She is ready to solve the mystery and bring the long-absent child home.

The novel is, in part, a story which questions our concept of identity. We can never quite trust Chloe, she does not appear very self-aware and we question whether she even knows her own mind, or trusts her own judgement. Conversely, she can be headstrong, and as the narrative progresses, we see she is capable of lies - lies which she frames as the ones we tell, even to ourselves, to “make life that bit more palatable.” The characters are empathetically crafted; they are recognizable and their pain, particularly that of the parents, is palpable. Nan’s dementia is carefully rendered: the sadness it can inspire alongside the fleeting moments of recovered memory that bring brief cheer. We have confidence in the author’s ability to create wholly believable characters. Yet, the true skill of the author rests not in what she does tell us, but rather what she does not. 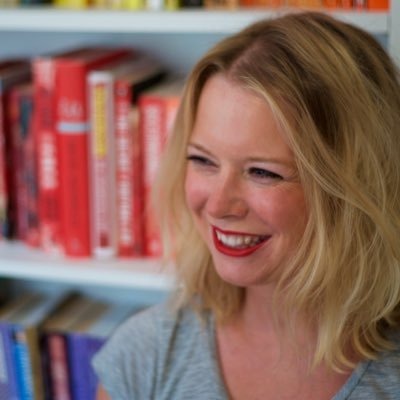 Anna Wharton
The tension, the unease, which is at first barely perceptible, builds. The book is a slow burn, it takes time to develop, but my advice would be to stick with it. When Chloe is accepted into the parents’ home as a lodger, our focus is distracted from our misgivings of her character and we witness the charade she almost inadvertently inspires. We become consumed in the theatre before our eyes. We know the parents aren’t what they appear and fear of the unknown keeps us turning the pages. We feel the deception, but which of these characters should we choose to trust?

The second half of the book is colder, more foreboding, and an outstanding denouement reveals a perfectly crafted plot twist that I certainly did not see coming. If, at times, I wasn’t captured by the story, the closing sections are worth the wait.

The novel delivers on several fronts: Wharton understands people, and how to write them; she knows how to cultivate a growing tension, the twists in the plot flow seamlessly into the narrative. Thematically, the novel plays with our need to place trust in others, but above all it is about the consequences of our deceit, to ourselves and to others. The characters are all so real that we feel to be a part of their claustrophobic facade. There are unanswered questions, and despite its multifaceted nature, the plot flows smoothly to effortlessly reach a chilling and dramatic finale; you do become hooked to the final page.


Also by Caroline Spalding...
Review: Cold Enough For Snow By Jessica AuReview: Good Intentions By Kasim AliReview: Strangers I Know By Claudia Durastanti, Translated By Elizabeth HarrisWalking For Wellbeing – It Really Does WorkReview: The Love Songs Of W.E.B. Du Bois By Honorée Fanonne Jeffers
A story of lies, obsession and the need to belong; a dark absorbing psychological thriller that inverts our notion of a tranquil, domestic home. Not always a place of comfort, instead one in which we feel the shadows, we sense the chills, all of which ripple invisibly through the hallways.

Everybody lies – trust no one. Things truly aren’t what they seem.


The Imposter is published by Mantle, an imprint of Pan Macmillan
More in this series...
Review: The Stranding By Kate SawyerReview: You Let Me In by Camilla BruceInterview With Victoria PrincewillThe Traumatic Legacy of Denial: The Sanatorium By Sarah PearseGirl In The Walls By A.J. Gnuse - A ReviewReview: Lightseekers By Femi KayodeAn Interview with Alice Ash - Author of Paradise Block‘ …Really Real Poor People, Surviving Alone Together’: Paradise Block By Alice AshInterview: Neema ShahKololo Hill By Neema Shah: A ReviewInterview With Catherine Menon - Author Of Fragile Monsters‘Ghosts Everywhere I Look. Ghosts Everywhere I Don’t’: Fragile Monsters By Catherine MenonInterview: Bethany CliftLast One At The Party By Bethany Clift: A Review'There Is No Such Thing As Fate, Because There Is Nobody In Control': My Name Is Monster By Katie HaleInterview With Frances Quinn - Author Of The Smallest Man'A Hero Of Our Time!': The Smallest Man By Frances QuinnInterview: Thomas McMullan, Author Of The Last Good ManReview: The Last Good Man By Thomas McMullanInterview With Nikki Smith - Author Of All In Her Head