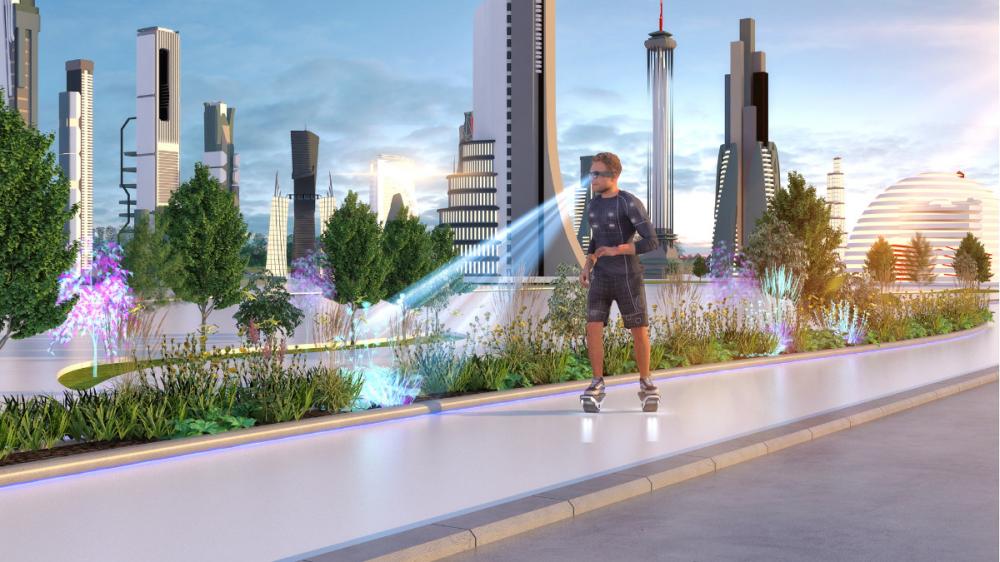 In just under thirty years’ time technology will redefine the human experience, as advances allow us to augment our senses, monitor our health and even regulate our temperature, according to global heating company Viessmann, whose mission is to create living spaces for future generations.

Inspired by ongoing concerns over climate change, the company has compiled an image illustrating the potential humans of 2050 where technology plays an even greater role than today in encouraging sustainable lifestyles.

Among the tech featured in the company’s visual are smart glasses or contact lenses that will allow future humans to enhance their senses through augmented reality (AR). This is similar to the headsets currently used to access virtual reality or virtual social spaces such as Facebook’s emerging Metaverse although on a much smaller and more streamlined scale.

While augmented reality technology has existed for a while without being integrated into everyday lives, renowned futurologist Dr Ian Pearson believes that market potential for AR will be huge once the hardware catches up.


Dr Pearson said:
“If somebody comes out with some very lightweight ways of doing them, then I think virtual and augmented reality will take off. There is a big market for it and it might happen very soon. Despite Google having prototyped and then abandoned them, we're seeing Apple starting to think about active contact lenses. Additionally a few companies are creating very lightweight glasses. I think the potential will be realised only when we get better handsets, better interfaces, and especially better headsets.”

Viessmann envisions a number of interesting home and personal health technology applications, from the ability todetect UV levels and air pollution to being able to see hay fever-causing allergens in the air. How pollinating drones may affect hay fever sufferers remains to be seen. Smart patches that wirelessly monitor user health are also anticipated. 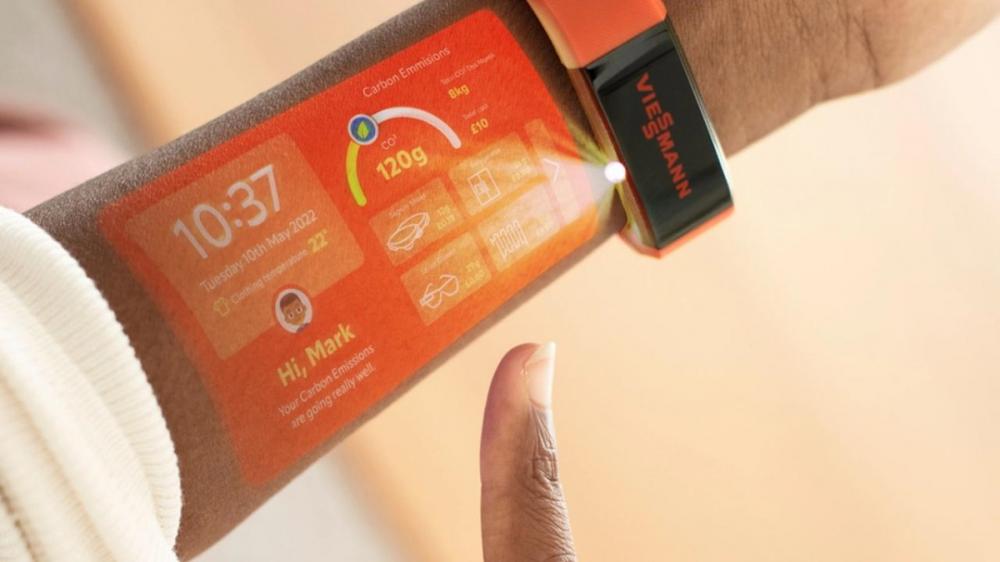 Another future trend highlighted by Viessmann sees humans switching from heating large physical spaces to regulating the temperature in smaller spaces with the aid of intelligent controls, and even prioritising the temperature of the human over the room they are in through the use of smart fabrics and clothing.

This approach was recently discussed by money saving expert, Martin Lewis, who published a blog titled ‘Heat The Human, Not The Home’ in response to the growing energy and cost of living crisis. USB heated gloves and heated outdoor jackets are already on the market and it is believed that by 2050, the technology will have advanced to allow for full body control, for both indoors and out.


James Harper, Marketing Manager for Viessmann, expands on this, saying:
“A lot of the technology we anticipate to be integral to the humans of 2050 already exists in some form today. Green apps, health monitoring and even temperature regulating fabrics are all already a part of some people’s everyday lives.

“Consider the rapid development of mobile phones over the past 30years, driven largely by consumer convenience. We believe the two main forces driving the humans of 2050 will be society’s efforts to address climate change and the cost of living. We are already beginning to see the start of this in the heating of our homes, with the desire to switch from fossil-fuelled boilers, which have been around for 150 years, to carbon-neutral alternatives such as heat pumps.

“Concepts such as heating the human as and when needed will help to reduce costs. We anticipate that by 2050, smart control technology will spread throughout the domestic ecosystem becoming more commonplace and better integrated, allowing new innovations to be added over time.”

Other technologies featured by Viessmann include advancements in wearable tech that will allow for app interfaces to be projected directly onto the user’s forearm. Apps will be developed that allow users to track their carbon footprint and help them become more aware of the financial costs associated with running the devices they rely on day-to-day.

Smart meters have been a first step in strengthening the relationship between a person’s lifestyle choices and the associated cost and environmental impact, showing to the pound and pence how much is being spent on energy or water. Many product and utility providers already have smart apps that allow consumers precise control over their home environment. Given the cost of living challenges facing many people and the strong impetus for action on climate change, Viessmannexpects apps that measure precise energy usage and costs to become much more widespread and sophisticated as a direct response.