Photo by Charles Deluvio on Unsplash
The Trades Union Congress (TUC) and Federation of Small Businesses (FSB) are together urging the government to halt a planned cut in Universal Credit support payments to thousands of struggling self-employed workers.

The Department for Work and Pensions (DWP) is on course to reinstate from Friday 13 November a flawed formula which overstates the income of many low-earners in self-employment, and so unfairly cuts their Universal Credit payments.

The formula – known as the ‘Minimum Income Floor’ – assumes claimants are earning the equivalent of the National Minimum Wage or National Living Wage. In reality, many striving entrepreneurs are earning significantly less, particularly in sectors where the Covid-19 pandemic has hit the hardest.

TUC and FSB have written a joint letter to the Secretary of State for Work and Pensions, Thérèse Coffey MP, raising “serious concerns” over the benefit cut for those seeking to earn a living by starting and growing their own business.

In a very welcome decision, the government suspended the Minimum Income Floor in March as the first wave of COVID-19 hit, recognising the loss of income and hardship many self-employed were facing. Yet it is due to be re-imposed just at the moment the second wave is bearing down on the economy.

The Institute for Fiscal Studies (IFS) has estimated that around 450,000 self-employed workers are negatively impacted by the Minimum Income Floor, losing an average of £3,200 a year each.

“It will mean a surge in unemployment and severe damage to sectors like live events and creative industries. The economic damage is bad enough, but it would tragic for Britain’s cultural life too.

“The families of self-employed workers will be desperately worried. They urgently need reassurance from the Chancellor that this support will be extended.” 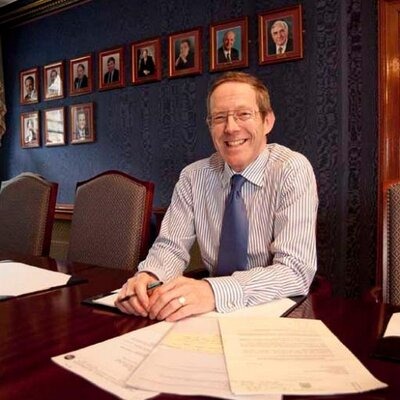 “Suspending the Minimum Income Floor for COVID has therefore been both welcome and crucial. As the second wave of this crisis hits, and further decimates income, the removal of the suspension assumes that the self-employed are not affected by restrictions and that their earnings aren’t affected if they need to self-isolate or fall ill. This would hit livelihoods, and create poverty and hardship.

“The reintroduction of this flawed formula will turn Friday 13 November into a real-life nightmare for hundreds of thousands of talented but struggling entrepreneurs doing their best to get through this crisis so they can play their part in rebuilding the UK economy out the other side.”

Many of those who will be affected by the reintroduction of the Minimum Income Floor were ineligible for financial help under the Self-Employed Income Support Scheme (SEISS).