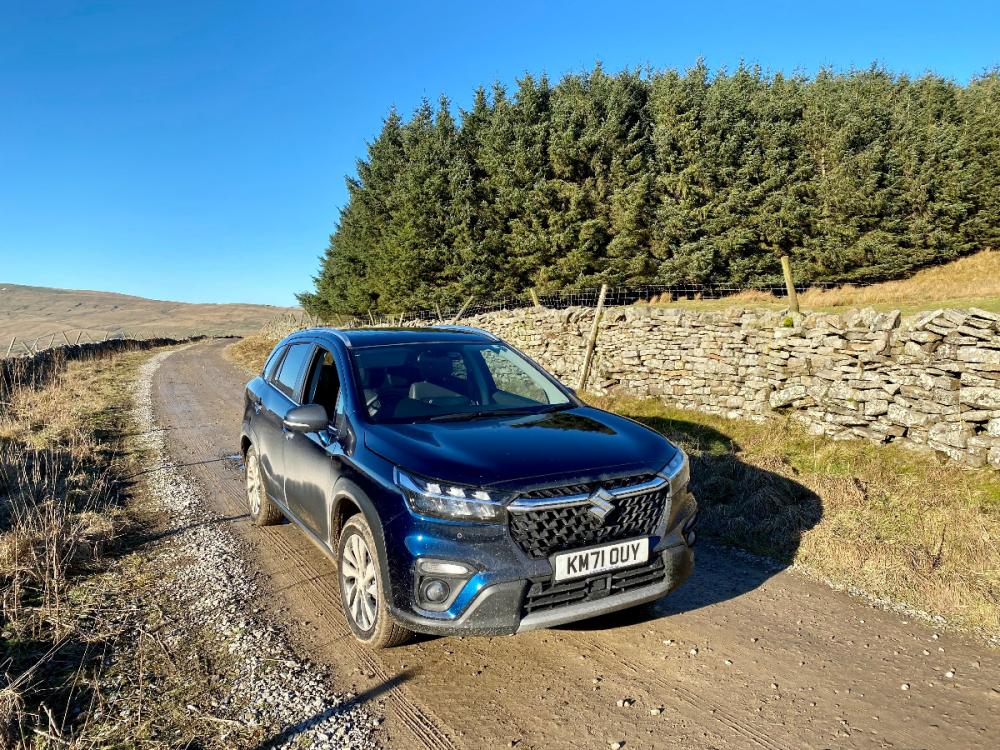 Turn the clock back to 2013 and the car market was undergoing a seismic change. No longer were families content with a hatchback or estate car, the new driveway favourite was fast becoming the crossover or SUV.

Suzuki’s only offering was the ageing Vitara, a model with only niche appeal in the UK. The arrival of the S-Cross aimed to cater for this rapidly expanding market. A comprehensive facelift followed in 2016, the car gaining a bold new front end which received a mixed reception.

On sale now is an all-new car, with a distinctly modern look. The prominent V-shaped grille and slimline headlights, each with three LEDs, look rather imposing, whilst chunky wheel arches and distinct body creases improve the profile. 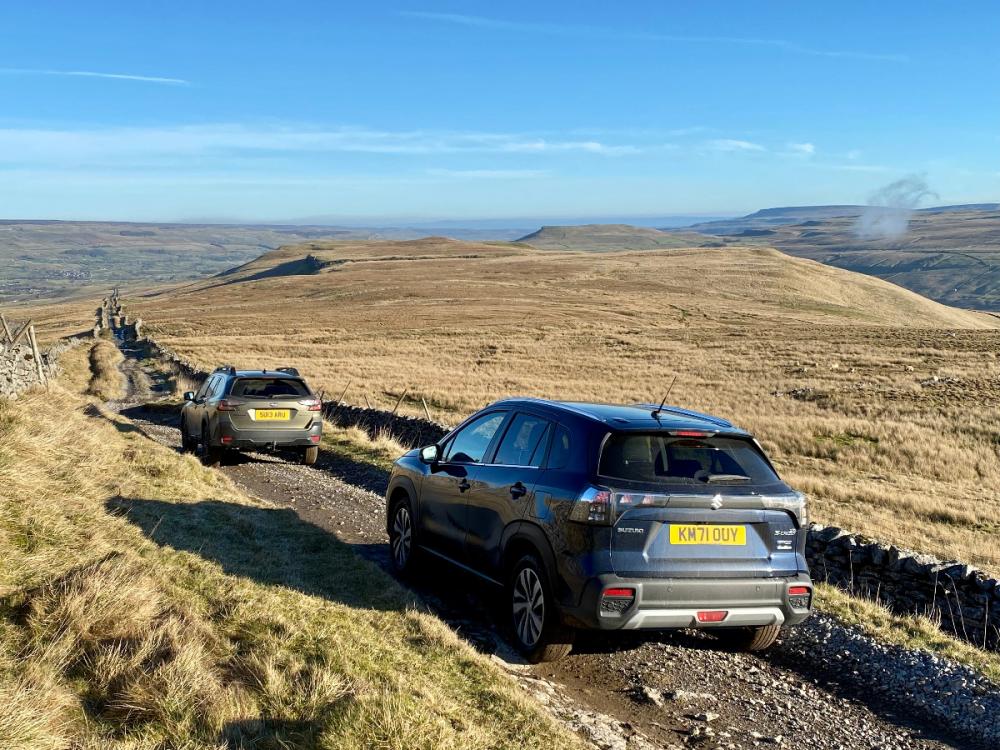 The new model range is a simple one, with the SZ trim monikers now being dropped in favour of ‘Motion’ and ‘Ultra’ specs. The former is front-wheel drive, whilst Suzuki’s capable ALLGRIP system is fitted to the top Ultra model.

Like most manufacturers, Suzuki dropped diesel engines quite some time ago and for the time being just one motor is offered. The 1.4-litre Boosterjet turbocharged petrol engine is a goodie and now comes with a mild hybrid system. 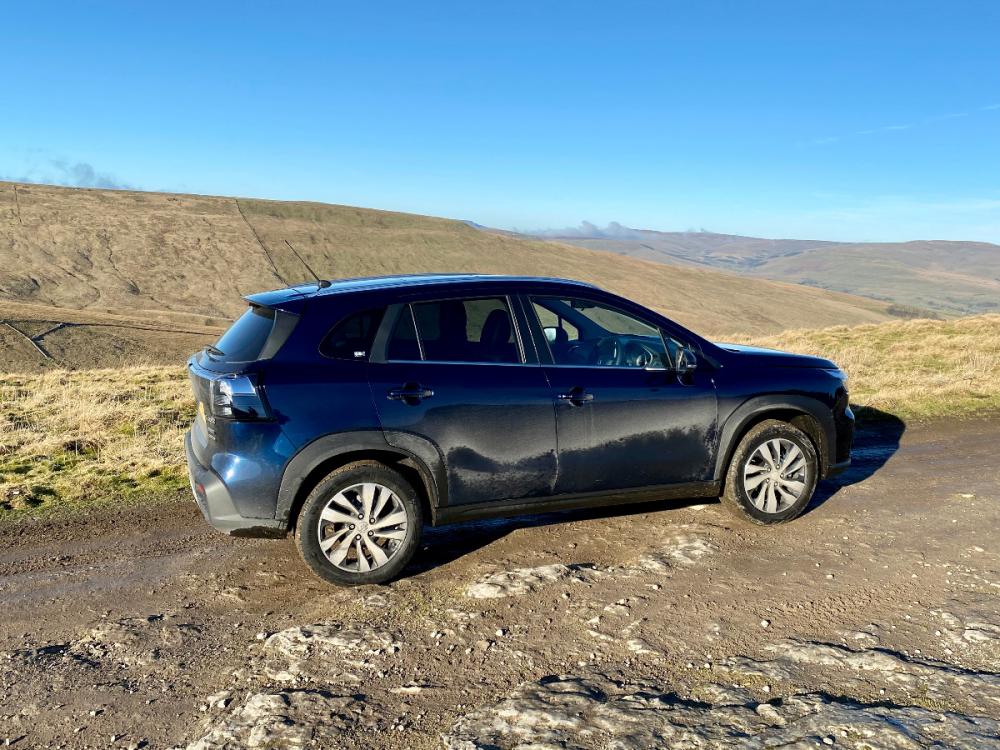 A 48-volt unit boosts the engine’s torque curve, with a small electric motor replacing the engine when idling in traffic. Fuel economy is boosted, the Japanese company quoting 47.8mpg for the combined cycle and low emissions of 133g/km CO2. At the end of a week behind the wheel, the trip computer was showing 41mpg, a good result considering most of my driving was local pottering about and some off roading.

A full hybrid system is coming, and I will be trying it out in the company’s Vitara at the end of February.

There is a choice of a slick six-speed manual gearbox or a six-speed self-shifting automatic for an additional £1,350.
All models are well equipped with adaptive cruise control, keyless entry and starting, dual-zone climate control, Android Auto and Apple Car Play being amongst the highlights. I almost forget the heated seats, always appreciated as I feel the cold.

If you choose to splash out on the Ultra model, a considerable £4,800 jump, you gain such niceties as a panoramic sunroof, leather upholstery, a 360-degree camera system, 17-inch polished alloy wheels and satellite navigation. Motion buyers will need to use their smartphones to navigate.. 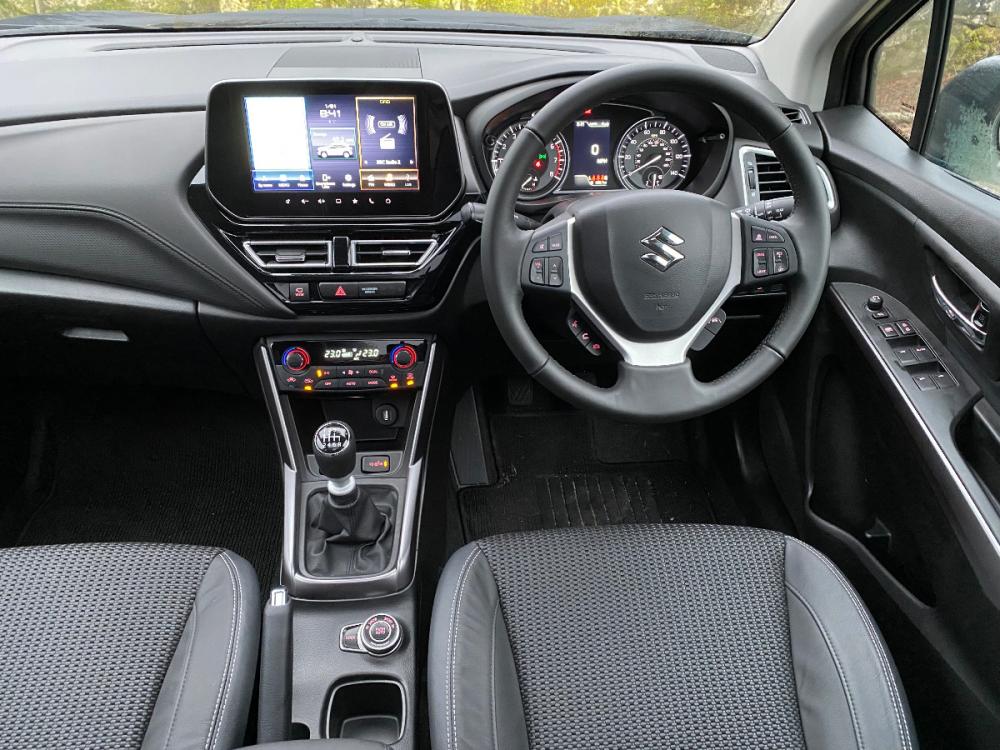 I would mention that lovely as the opening sunroof is, it does rob the car of headroom, especially noticeable in the back. Boot space is decent at around 430-litres, competitive for the class.

Interior quality is a definite step up from the outgoing model, but you will find some hard plastics in places.

The S-Cross comes fitted with an all-new nine-inch touchscreen on Ultra models, a considerable improvement and fairly simple to use. I found it a little slow to react to commands on occasions. I applaud the fact that Suzuki has kept the heater controls separate and basic functions such as altering cabin temperature can be easily accomplished. Other manufacturers please note!

My Ultra test car came equipped with manual gearbox, slick to operate and paired with a light clutch. Acceleration is brisk, without being startling, the engine pulling most strongly from 2,000 rpm or thereabouts. It gets rather rowdy should you explore the upper reaches of the rev range, but the torque is such that this is really not necessary. 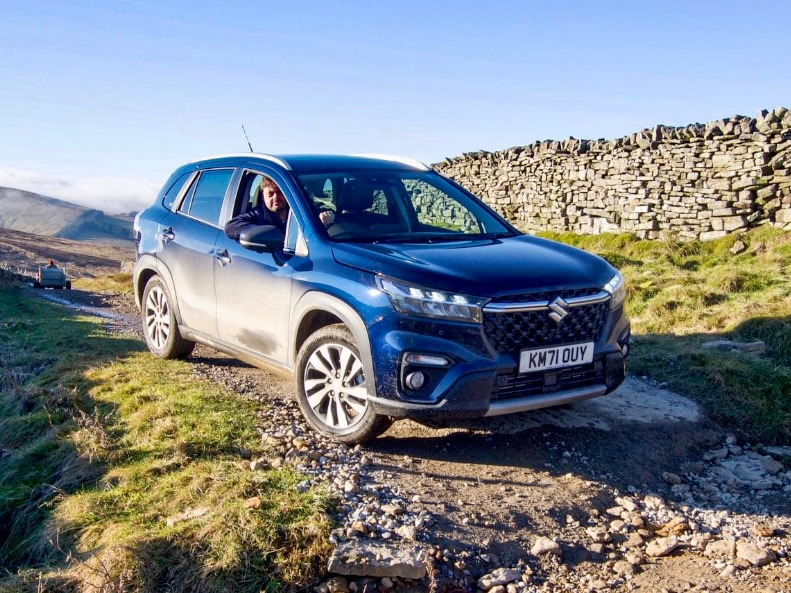 On my pockmarked test routes, the S-Cross’s ride comfort impressed, but the soft suspension combined with overly light steering to remove much of the fun from a spirited cross-country drive.

In order to give the ALLGRIP all-wheel drive system a good work out, I spent an enjoyable day in convoy with fellow journalist Damian from the Mud Life Magazine. We tackled some of the easier green lanes that criss-cross the Yorkshire Dales and I must say the S-Cross excelled.

Traction was always excellent, and even some of the more challenging climbs were accomplished without drama. Only a lack of ground clearance prevented us from more hardcore activities.

The reassurance of ALLGRIP to the rural motorist cannot be underestimated, and our own Vitara thus equipped has coped admirably with snow, ice, and flooded roads.

Despite the increase in price, the S-Cross offers good value for money compared to its multitude of rivals, especially in Motion form. That would be my recommendation unless you need the capability of power to all wheels. You also lose the standard-fit satellite navigation but as most people tend to use their phones these days, this is not really an issue.

Suzuki dealers are generally smaller, family run affairs which I like. There are always good offers too, with 0% finance already available if you feel like taking the plunge. Find a £4,675 deposit and pay from just £219 per month. 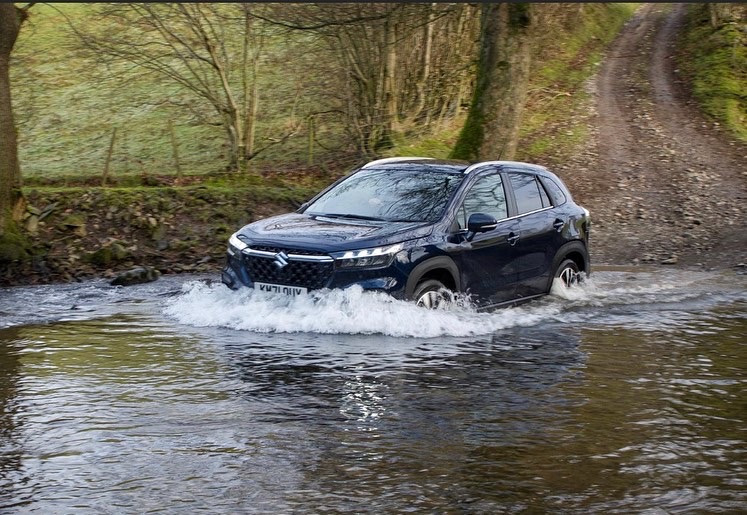