Surfacing After Rain: The Book Of The Earthworm By Sally Coulthard 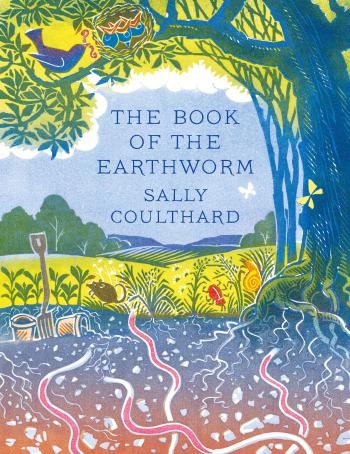 If ever a cover image better depicted the subject matter of a book, then Clare Melinsky’s artwork for Sally Coulthard’s latest non-fiction foray into the natural world is aesthetically on-point. A colourful surface and subterranean delve, Melinsky’s picture describes an innocent pastoral landscape, as teeming and reassuringly productive as the real world it should mirror.

For Coulthard’s opening ‘message’ in The Book of the Earthworm delivers the horror of an antithetical subtext: what shape, she might have added, if she were not, instead, extrapolating the inestimable benefits, would our natural terrain be in without the collective contribution of Annelida to our finely-tuned eco-systems? The list of those benefits is almost limitless, rendering the worm as indispensable as the bee, upon which she has also written at length.

The earthworm has been a feature of a changeful landscape for a mere 29 million years: the vast, unbroken continent of Pangaea was its first home – the tectonic shifts of landmasses over aeonic time precipitated continental fragmentation, and with the new masses, an according promulgation and division of species into many types. The worm’s robustness is a measure both of its adaptability and of its unique role in the maintenance of earth’s survival. Scientists describe the worm’s position in this hierarchy of organic necessity as ‘keystone’, in recognition of its contribution, without which, Coulthard earnestly maintains, ‘humans would struggle to survive’.

It is a measure of this writer’s methodical thinking that she is apt to illustrate her thesis in immense detail. The several pages of concluding bibliography suggest a mind given to thorough research, rather than reliance on inference. If her early pages focus on the earthworm’s place in the wider ecological scheme, they also embody a warning: that if we continue to displace and destroy many species by over-intensive farming, weakening of soil structures, and neglect, we run the risk of upsetting a delicate balance already substantively weakened by climate change.

That, as Coulthard notes, earthworms restore health to soil by breaking down and aeration, creating channels for water to filter away thereby preventing flooding, and providing food for predators, describes a near perfect utility, whose obverse is illustrated neatly in the irony of compacted soil. Soil hardened and rendered sterile by the phenomenon of global warming mimics, macrocosmically, the battering of soil with the back of a spade in the domestic garden; compacting leads to inertia and organic death. 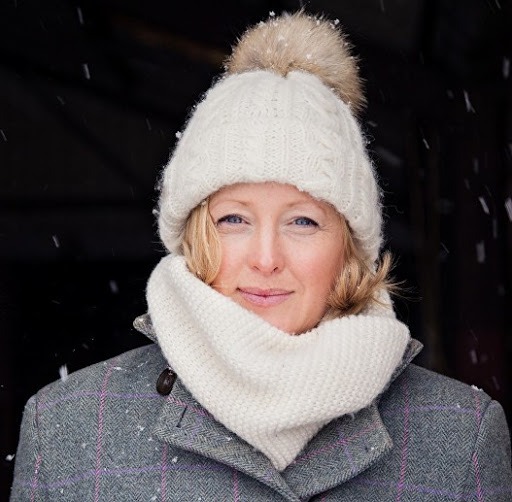 Sally Coulthard
Fortunately, Coulthard’s handbook is punctuated with helpful and profoundly constructive hints. The simple efficacy of the worm’s articulation and design - ‘one long digestive system with a mouth at one end and a bum at the other’ – makes an eloquent starting point to a series of vignettes, whose aim is to encourage the ‘lay’ enthusiast to play a part in the propagation of this munificent species and in turn, to help the natural world limp towards survival. An understanding of the worm’s constitution and metabolism – I didn’t know, for example, that they have no need of eyes because they possess complex receptive light and direction sensors – the better helps the prospective builder of a wormery to recognise the extraordinary value of Lumbricus Terrestris’s contribution to our garden habitats.

And if ever we needed confirmation of Sir Albert Howard’s maxim that the health of ‘soil, plant, animal and man are indivisible’, we find it in Sally Coulthard’s elegantly argued narrative, several of whose chapters are headed by neatly synoptic epithets. In a witty take on Samuel Johnson’s much earlier lexicography, the writer and poet, Ambrose Bierce, nailed the circularity of a chain of evolutionary survival in one dictionary definition:

That, as Coulthard indicates, we may soon be considering the ubiquitous and nutritious earthworm as a human dietary supplement, rather beats the former at his or her own game.

The Book of the Earthworm is published by Head of Zeus.
More information here: https://headofzeus.com/books/9781789544749


Also by Steve Whitaker...
Poem Of The Week: 'In Memory Of Jane Fraser' By Geoffrey Hill (1932-2016)Poem Of The Week: 'Edwardiana' By Geraldine ClarksonPoem Of The Week: 'Italy Vs. England' By George Gordon, Lord Byron (1788-1824)Flags And Flowers: These Mothers Of Gods By Rachel BowerCustody Of The Eyes: Like A Tree Cut Back By Michael McCarthy