Week four of Strictly was the most enjoyable so far, with some of the best dancing to date. But sadly, it also saw the withdrawal of Nicola Adams from the competition when her pro partner, Katya Jones, tested positive for COVID-19.

Also isolating is the popular It Takes Two presenter, the unfeasibly well-groomed Rylan Clark-Neal, a man who never knowingly has a nasal hair out of place. 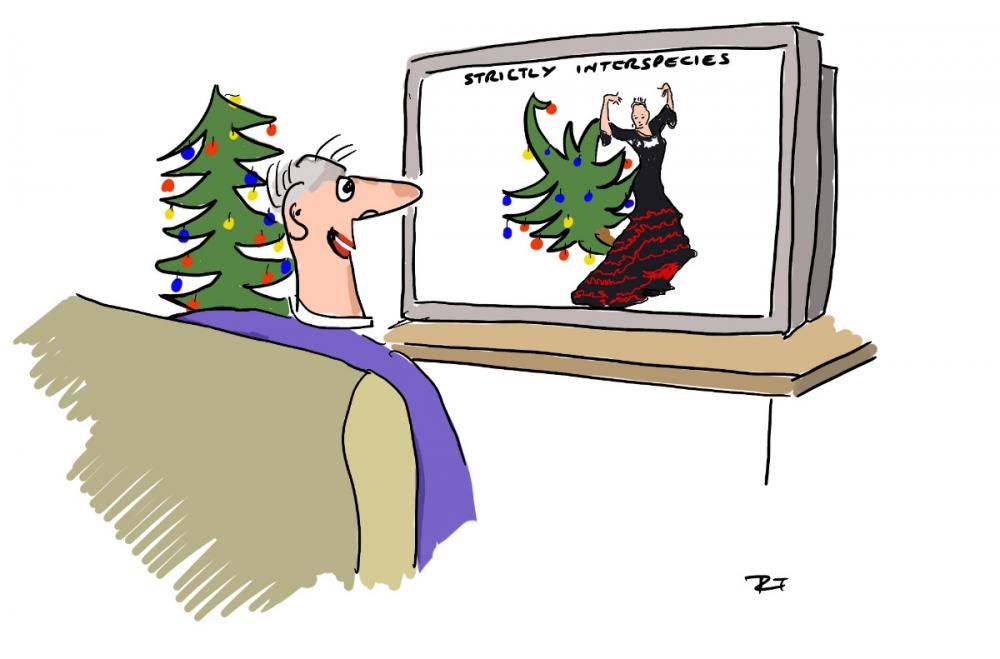 Judge Craig Revel Horwood was having a bit of a mare on Saturday; after a couple of weeks of being positively beatific, he had clearly been told to revert to his evil schtick and play bad cop to Anton’s good cop.

Talking of which, call me a superforecaster a la Dominic Cummings, or maybe not, but Anton, auditioning for the role of judge in the absence of Motsi Mabuse acquitted himself brilliantly.

Channelling former head judge Len Goodman and the legend that was Bruce Forsyth, Anton was a great addition to the judging panel. Following the show, his army of fans took to Twitter in their thousands demanding Anton be given the role of judge permanently.

Personally, I’d be more than happy to see him shackled to a judge’s chair in perpetuity, if it meant that we no longer have to witness the annihilation of yet another Latin dance by him and his hapless celeb partner. Indeed, on Saturday night he described the cha-cha as “vile” and the samba as a “nightmare”. Really? We’d never have guessed.

I’m not usually one for conspiracy theories, but - whisper it softly - it’s relatively easy for Strictly to give a celeb a gentle shove towards the exit when they have served their purpose. Yes, we’re taking about the deadly, poison chalice of the cha-cha, in which the need for straight legs is so counter-intuitive it takes years to learn. Received wisdom states that marks drop a couple of points on cha-cha week, and if that happens mid-series when everyone is improving, anyone can find themselves in the dance off. So it’s best to get it out of the way sooner rather than later and I always find it interesting to note which celebs are given the cha-cha on week one, when there’s no audience vote and contestants get a free pass to week two.

My personal favourites are Bill Bailey and Oti Mabuse whose couples-choice dance on Saturday was a revelation, with 55 year old Bailey delivering an incredibly complicated hip hop routine. As a comic I assumed he was there to be the Strictly comedy act, but he has surprised everyone, including himself; with his musical background I expected that he would be able to dance in time to the music, but never thought he would be so light and quick on his feet.

HRVY - a young pop star who has a strong antipathy towards vowels - and his partner Jeanette Manrara - who possesses more than enough vowels for the two of them - performed a fabulous salsa which head judge Shirley Ballas decreed was ‘Hot, Hot, Hot’.

Jamie Laing, best known for appearing on the reality TV series Made In Chelsea, has really improved over recent weeks and has become a joy to watch. Jamie and his pro partner Karen Hauer, who boast identical hairstyles, are now morphing into each other aided and abetted by the costume department, who dressed them in matching costumes for their highly entertaining samba.

This year’s soap star is Maisie Smith from Eastenders, who has previous dance experience, shedloads of confidence and is partnered with Gorka ‘The Corka’ Marquez. Unfortunately, I’m getting a feeling of deja vu with Maisie as there are already people saying that they are not warming to her. Previous Strictly celebs, Alexandra Burke and Ashley Roberts were given a horrendous time on social media because they had previous dance experience, were super confident and made no secret of their desire to win the coveted glitterball trophy.

And, as if to prove my point, despite being one of the few couples to perform a high scoring cha-cha, Maisie failed to get the audience to vote for her and ended up in the dance off with Max from The Wanted, who ironically wasn’t. It may or may not have had something to do with him uttering the words “f.....ing get in!” at the end of his dance, for which Claudia apologised.

And so it came to pass, that with two of the three judges voting for Maisie to stay, it was Max’s turn to “f......ing get out”.