Steve Steinman Takes A Leap Out Of Faith On New Album 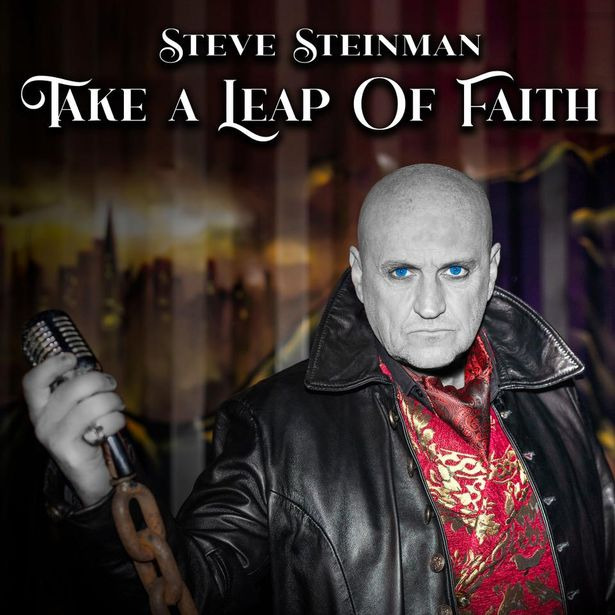 Steinman rose to fame as being Meat Loaf in Stars In Their Eyes over 30 years ago and has since made a career out of it touring the aforementioned theatre shows. Having seen both shows many times I can confess that they are indeed a full on and very entertaining rock experience.

I could never understand though why Steinman has never recorded an album of his original material, that though has changed with this highly recommended new album.

Many of the tracks on the album could be Meatloaf original songs or have been written by Jim Steinman, the writer and producer behind the Bat Out Of Hell album.

Take for example Take A Leap of Faith which sounds like the follow up to Holding Out For A Hero, the track Jim Steinman wrote for Bonnie Tyler.

Going To Hell leans towards Paradise By The Dashboard Light, a Meat Loaf classic, though the saxophone adds a new twist here.

The album does have lighter moments such as the ballad I Don’t Know About Love, again a saxophone break makes for an interesting diversion.

Northern Star concludes the album with a duet with Emily Clark “I won’t be a memory that you will want to forget” sings Steinman, the point being though is that once you hear these rock opuses you definitely will not forget them.

It will be interesting to see if he slips any of these new tracks into either of his touring shows - they would fit in effortlessly, a fine compliment indeed.
Also by Graham Clark...
Album Review: Metallica - The Black Album RemasteredKaiser Chiefs - Chiefly In Command In Halifax80’s Classical Leeds - Classic Hits From Pop’s Golden Era Re-inventedBreezy Knees - Yorkshire’s Secret GardenNew Order Show True Faith In Halifax