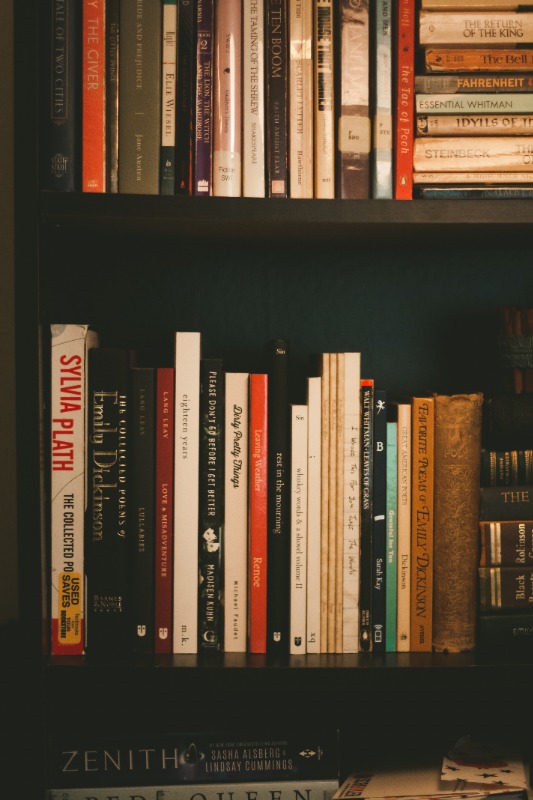 Photo by Taylor Wright on Unsplash
Written in 1609 and undoubtedly the best known of the 154 sonnets written by English playwright William Shakespeare, Sonnet 18 has emerged as the nation’s favourite poem, coming top with 18% of the vote.

Despite popular belief, Sonnet 18 does not appear in Romeo and Juliet, and in fact Shakespeare wrote this poem as part of his Fair Youth sequence of sonnets, which historians actually believe were about a young man.

The nationwide poll, commissioned to mark National Poetry Day on 7th Oct, revealed that the second most loved poem (with 10% of the vote) was Daffodils by William Wordsworth, also commonly referred to as ‘I wandered lonely as a cloud’.

The poem was inspired by an event on 15th April 1802 when Wordsworth and his sister Dorothy came across a long belt of daffodils while wandering in a forest.

The Raven, a narrative poem written by American writer Edgar Allen Poe in 1845, came in joint third place with 9% of the vote, sharing the accolade with If by Nobel laureate Rudyard Kipling (9%) written circa 1895 (with also 9% of the vote).

The latter is a literary example of Victorian-era stoicism and is written in the form of paternal advice to the poet’s son.

The study, by insight agency Perspectus Global, found that Lewis Carrol’s nonsense poem Jabberwocky - which was included in his 1871 novel Through the Looking-Glass, the sequel to Alice's Adventures in Wonderland - came fifth in the top 25 poems with 8%.

How Do I Love Thee written by Elizabeth Barrett Browning in 1890, Lord Byron’s 1814 short poem She Walks in Beauty, and Ode to a Nightingale by John Keats written in 1819 also made the list.

According to the poll of 2,000 adults, 18% of us love the sound of poetry being read aloud and 8% often put pen to paper and write their own material.

And although many long-standing poems topped the list, 15% of those polled think rap is modern poetry with as much merit as traditional verses.

A spokesman for Perspectus Global said: “Poetry can evoke strong emotions and this reveals the poems that are most loved - many which have endured for centuries.

“Shakespeare’s Sonnet 18 is a worthy winner, touching on the themes of unattainable love and mortality, and capturing the imagination of generation upon generation of readers.”

The study also found that one in 10 adults claim they can confidently recite famous poems and a romantic 8% have written poetry for a lover.

Of those polled, 17% said a good poem can be evocative and memorable and 16% felt children should be made to memorise famous poems at school, although 21% confessed to not reading a single poem since they were a child.


THE 25 GREATEST POEMS OF ALL TIME