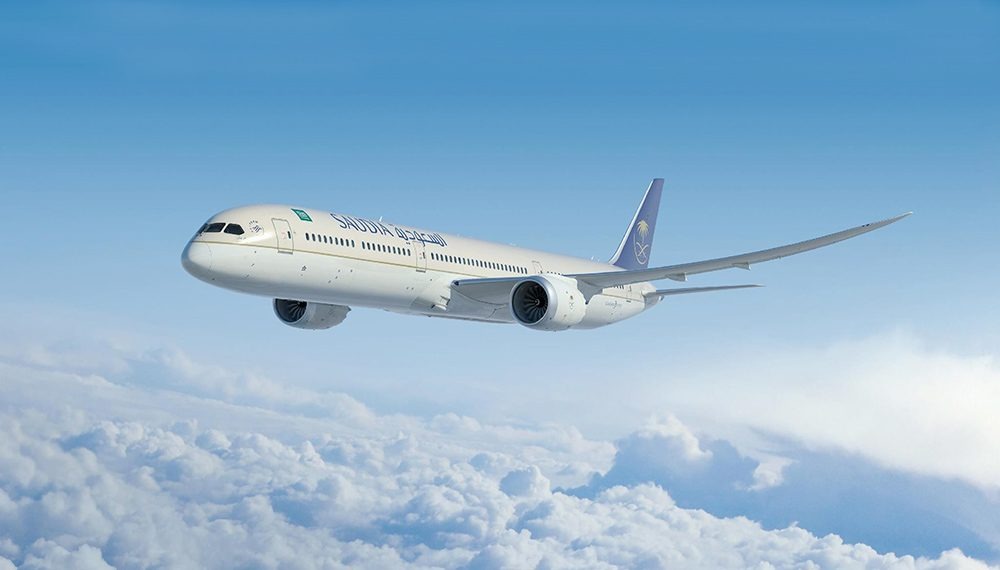 Saudia will return to Manchester Airport in December for the first time in 21 months as it relaunches its direct service to Jeddah.

The first flight is set to depart on Wednesday 15 December from the recently reopened Terminal Two, which has been expanded and modernised as part of a £1bn transformation programme. The service will run three times per week on the iconic Boeing-787 Dreamliner, with the frequency of flights then subject to review dependent on demand.

Saudi Arabian flag carrier Saudia began operating the Manchester – Jeddah route in 2014, and prior to the Covid-19 pandemic, it had steadily grown to become one of Manchester Airport’s most important routes to the Middle East. In 2019, more than 97,000 passengers used the service, which remains the only direct route to Saudi Arabia offered by a UK airport outside of London.

Jeddah is a popular gateway for those travelling to Mecca for Umrah pilgrimage, and the return of this route will be particularly welcome news for the Muslim community in Manchester Airport’s wider catchment area, which numbers more than 700,000. It will also allow the 2,500 or so Saudi Arabian students at universities across the North to travel home via Manchester at the end of the winter term.

Manchester Airport managing director Karen Smart said: “The return of Saudia to Manchester Airport is wonderful news and demonstrates the renewed confidence amongst passengers and airlines as we begin to emerge from the pandemic.

“This is a route that is hugely important to communities across the North, given it is the only direct service to Saudi Arabia outside London.

“It also has substantial economic benefits for our region, given the ever-growing trade and investment partnership between the UK and Saudi Arabia.

“We are thrilled to welcome Saudia back to Manchester and hope to see this service becoming a permanent fixture in 2022.”

Located on Saudi Arabia’s Red Sea coast, Jeddah is one of the country’s most popular destinations for inbound tourists. Just one hour away from Mecca by car, it also offers plenty of attractions of its own, including seafront resorts, museums, galleries, traditional cuisine and the 7th Century walled city of Al-Balad, with buildings constructed from coral.