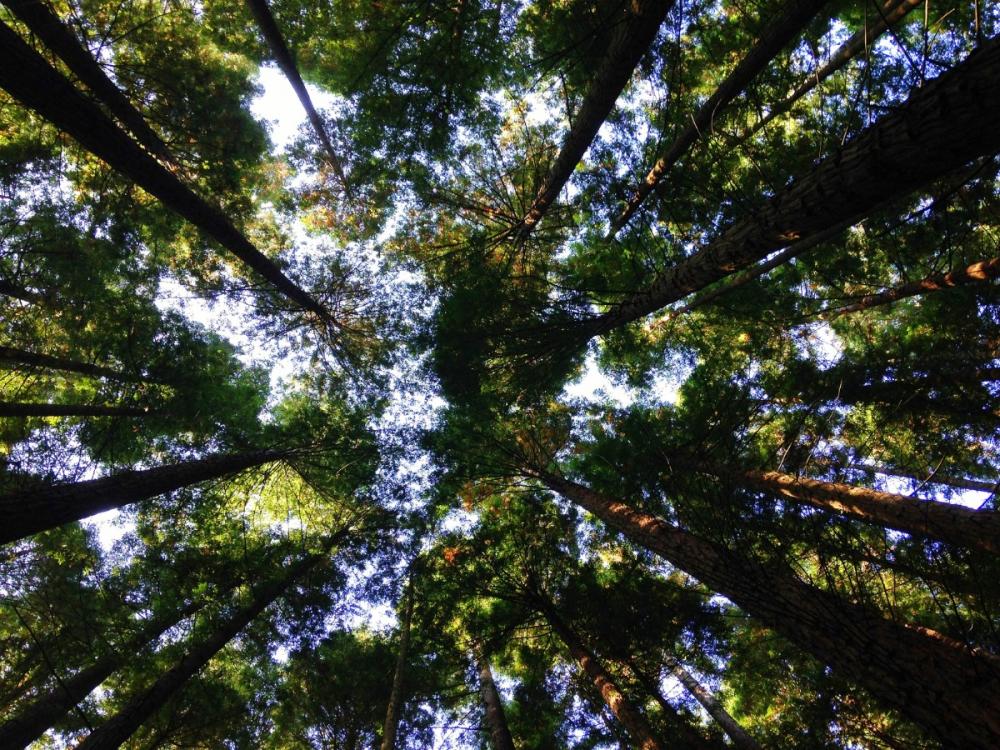 Can ancient wisdom teach us about how to cope with modern problems? This is the lure of the forgotten theory of harmony. The ancient Greeks contemplated this idea when we in cold northern climes were far away from the civilised world of the Mediterranean.


Nicholas Campion
Nicholas Campion is Director of the Harmony Institute at the University of Wales Trinity Saint David and editor of The Harmony Debates, (see below)published by the Sophia Centre Press and available for purchase now from Amazon.
The Greek philosophers thought that everything in the world, animals, plants, clouds, rivers and oceans – and human beings themselves – are part of a single system. The whole universe exists in a state of balance, so if one part moves, another part responds. It’s a bit like a grand global symphony. That’s why they used the term Harmony, named after musical harmonies.

As we have discovered to our cost, climate change, nuclear leaks and pandemics do not respect national boundaries, social class, or ethnic divisions. The virus that passed from animals to humans at a wet market in the Chinese city of Wuhan sometime around the end of last year has infected the whole world. How could we have imagined as New Year 2020 approached, within months schools, churches and pubs would all be closed?

To guard against, or recover from, any such calamity requires a global effort and new ways of thinking. it seems that everywhere we look these days people are talking about the post Covid world. Will we be kinder to each other than before? Will we look after the elderly better? Will the low-paid be better paid? Will we ever get back to normal?

It turns out that even where different traditions don’t have a precise word for harmony, they have similar concepts. Jews greet each other by saying ‘Shalom’, or peace. In Arabic ‘tanāghum’ means ‘to be in harmony. The Japanese have ‘wa’ - and last year they declared 2019 to be the year of ‘reiwa’, or beautiful harmony. Chinese philosophers put forward the idea of the ‘tao’ translated as ‘path’ or ‘way’, the process by which all life ebbs and flows between extremes but always returning to a position of balance.

Scientists now understand that they have to look at the total picture. In agriculture, the health of the soil and the food we produce is dependent on bugs that live in the ground. In a forest, trees of the same species, we now know, communicate with each other via chemical signals. And if we look at the whole planet, wind and water circulate in a matter of days. Seawater evaporates off the east coast of the USA and falls on us as rain. Last summer we even had red dust coming up from the Sahara, carried by plumes of hot air.
Even when we come out of the pandemic a bigger problem will loom: climate change.

This is what Prince Charles spelt out in his recent podcast. The Prince of Wales, of course, is well-known both for his interest in traditional philosophies as a key to practical solutions for the natural and social problems of our time. That’s why he is a long-term pioneer of organic farming, which was seen as cranky when he started but is now – almost – mainstream, with even the National Farmers Union, has come out in support of it.

The Prince has also played a major part in resurrecting Harmony as a guide to action. Ten years ago he wrote a book about it - Harmony: A New Way of Looking at our World. He teamed up with two experts, Tony Juniper, the environmental campaigner who had recently ended a term as Executive Director of Friends of the Earth and is currently Chair of Natural England; and Ian Skelly, the broadcaster (familiar to Radio 3 listeners). Between them, the Prince, the activist and the classical music expert looked at how harmony assumes that everything in the universe is interconnected and exists in a state of balance.

They explored the big picture (how do we save the rain forests?), and the local (for gardeners, changing to organic methods – plus insect and bird-friendly wild borders). And then, of course, there is architecture, a subject famously close to the Prince’s heart. We all remember his first model town, Poundbury, in Dorset, derided by critics in the profession, but massively popular with the people who live there. We need to make cities sustainable, and friendly places for people to live, rather than glass and concrete jungles.

Where does our food come from? How was it produced? And how does it travel? What about cars, planes and mass tourism? How do we manage our own movement across the planet with a light touch? These are all subjects that reveal how, at a global level, all of us are inextricably linked.

In every field of activity, we can take a new look at how we manage our lives and work. A priority of business should be the circular economy, in which there is no waste. Manufacturers could factor in the need to recycle so that the total sum for producing and transporting goods across an entire supply chain includes pollution and the cost to communities.

The Prince and his two fellow authors were pretty clear about the urgency of their message. In their introduction, they wrote, ‘This is a call to revolution. The Earth is under threat. It cannot cope with all that we demand of it. It is losing its balance and we humans are causing this to happen’. If that sounds like the language of street protest, then it is. 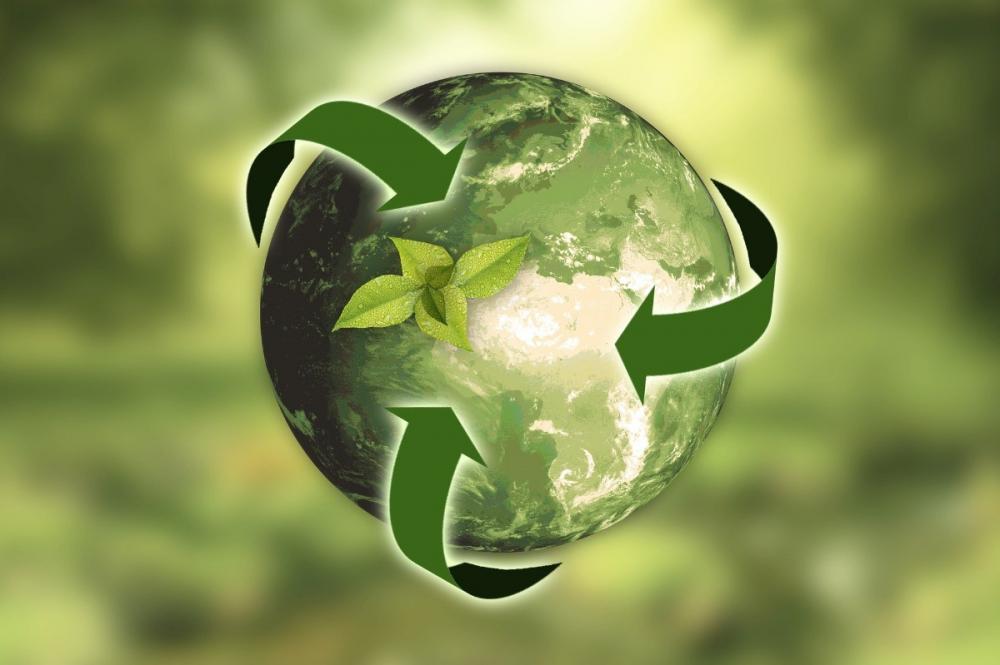 Think Greta Thurnberg and Extinction Rebellion! And it’s not all about us, but about our grandchildren – and their grandchildren - who will inherit the planet when we are long gone. ‘If we want to hand on to our children’, The Prince of Wales wrote, a much more durable way of operating in the world, then we have to embark on what I can only describe as a ‘Sustainability Revolution’ – and with some urgency. This will involve taking all sorts of dramatic steps to change the way we consider the world and act in it, but I believe we can take the steps. All we have to see is that the solutions are close at hand’.

The world is complex and the essence of the Harmony perspective is pragmatic rather than dogmatic: different problems require diverse solutions. In ideal circumstances it requires working with people rather than against them, enabling, encouraging, and facilitating improvements in how we behave. As we have seen, the belief that wild-life conservation could be pursued by expelling farmers or herders from their land has been replaced by the understanding that engaging communities is far more effective.

There are thousands – perhaps millions – of people worldwide who are pursuing such initiatives: finding new ways to farm and manage nature; creating better spaces to live, taking into account natural, historic and social sensibilities, and minimising pollution to hold off the looming crisis. In this way, the ancient principles of Harmony are providing a framework for many people. This is why at my University – the University of Wales Trinity Saint David - we now have a Harmony Institute (no coincidence – Prince Charles is our Patron). Hopefully, we can make a difference!


The Harmony Debates
Exploring a practical philosophy for a sustainable future Edited by Nicholas Campion with a foreword by HRH The Prince of Wales
Lampeter: Sophia Centre Press 2020 paperback 600 pp ISBN 078-1-967767-22-7

This book is for now. It explores subjects important in today's world with the common thread linking the narrative to ‘harmony’.

Through its 43 chapters by 47 authors from diverse backgrounds, we touch on subjects as varied as music, dance, literature, economics, philosophy, theology, cosmology sustainability, ecology, politics and many more.

It explores topics that so many of us are questioning and seeking answers to. However, rather than suggesting fixed answers, the goal is to ask questions about how we relate to each other, engage with the wider environment, face the challenges of the modern world and work towards holistic solutions for the future.

It is a fascinating in-depth read with much food for thought as each contributor starts a debate. The word ‘debate’ is important because, for so many of us, the art of debating is lost in a sea of likes on social media feeds. Where is rhetoric and challenge in our daily life?

The Sophia Centre Press, in partnership with the University of Wales Trinity Saint David and the Sustainable Food Trust, have collaborated and in doing so have strengthened the discourse, which takes the reader on a journey. Each author in their expert field explores what the concept of harmony means to them and the notion that all things are interconnected and ideally exist in a state of balance.

The conductor and farmer, John Eliot Gardiner, is bothered by the way the word harmony has been used in common parlance. He looks back to the fifth century BC and the discovery of the harmonic structure of music as he frames his debate. His father a farmer and tree-planter saw the reassertion of the principle of music, of rhythmic form, both as a grave duty and as a source of heart-giving joy.

This is the anthology’s strength; getting an interdisciplinary array of experts, academics and practitioners from agriculture, the arts, business and environmental and community activism, to delve into what harmony means and how we can use it.

Dr Stephen Harding, takes a fascinating subject and defines harmony by linking the concept that it arises from all physical, chemical, biological and geological processes as an interplay of opposites.

Meanwhile, Dame Ellen MacArthur, looks at the circular economy. She believes that the only way that we’re able to face, and indeed solve, the world’s challenges is to look at the world as a system, as a whole, and to look at how those connected elements can really resonate.

For business, Mark Goyder, who spent over 15 years working in the manufacturing industry and setting up Tomorrow’s Company as an independent research organisation to inspire and enable business to be a force for good in society, takes as his chapter title: rediscovering the human purposes of business. The chapter builds on his experience in offering observations on the concept of harmony and its importance to the way companies are owned, led and governed. He illustrates his points with examples of companies that we all know.