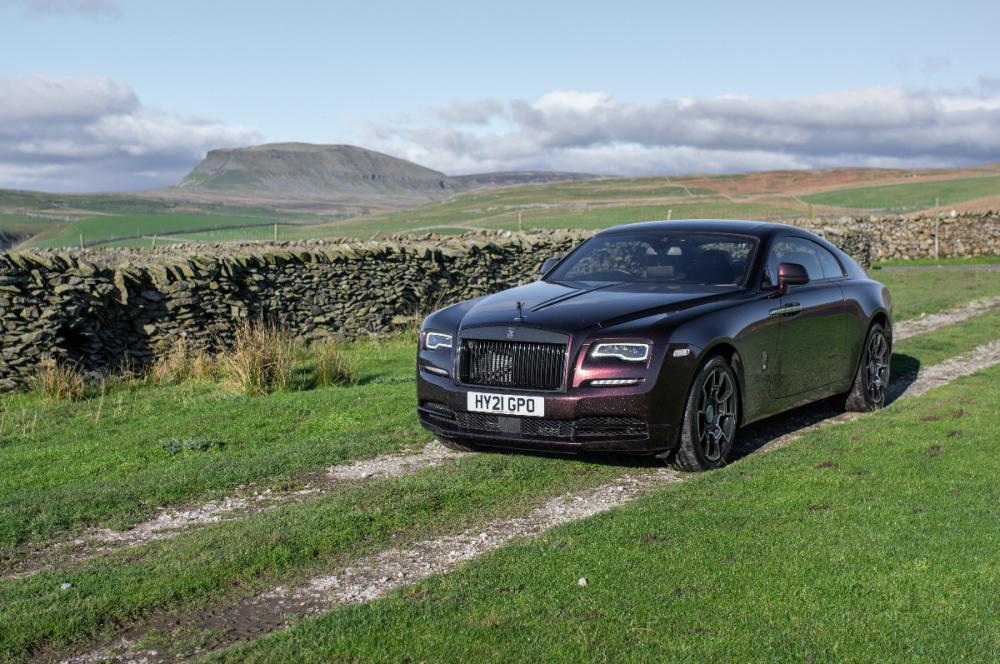 It is always thrilling to become temporary custodian of an interesting press car, but the air of excitement in the build up to delivery of a Rolls-Royce is in another league altogether. They really are something quite special.

I have been lucky enough to drive a Wraith on a couple of occasions, so it was easy to get acquainted once again. The Black Badge model is aimed one suspects at the keener driver, possibly younger. The famous Spirit of Ecstasy is resplendent in black, as are the Rolls-Royce badges and that imposing grille. 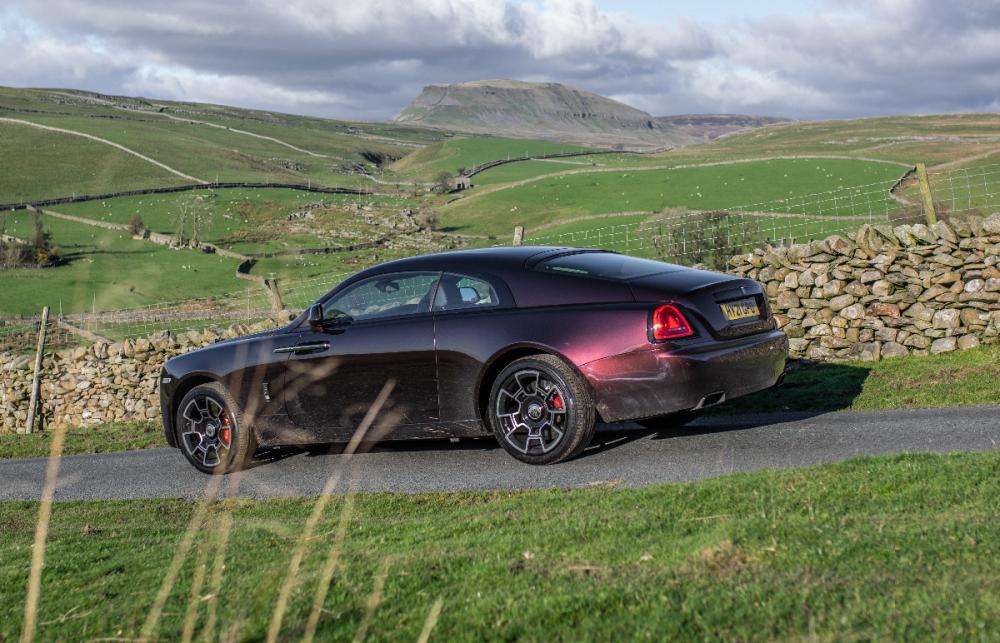 In profile, the Wraith’s sweeping fastback design gives the car huge presence and an unmistakable shape. Bold lines and a raked rear screen add to the visual drama.

Coach doors open to reveal a sumptuous interior with the softest Phantom-grade leathers and in Black Badge models wood gives way to brushed aluminium for the dash. 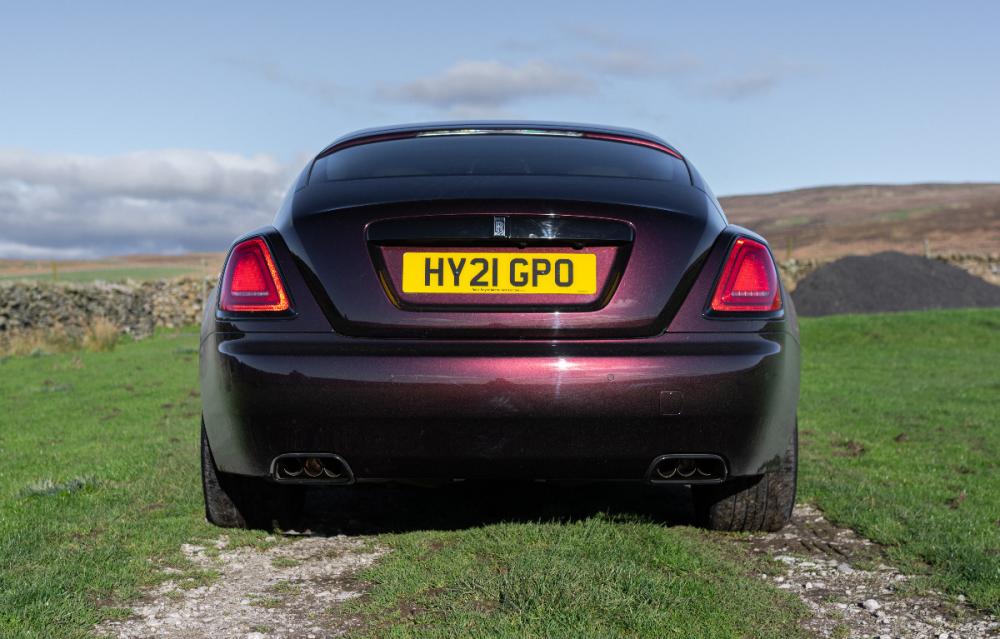 Performance delivers on the promise of the Wraith’s styling. Power is effortless, but dramatic thanks to the V12 engine married to a silky smooth 8-speed automatic gearbox. A scarcely credible 600PS is on tap for the driver to enjoy, while the 0-60 mph sprint can be accomplished in just 4.5 seconds. There is more torque on offer than the ‘standard’ Wraith, though I am not sure that it was really needed.

Once familiar with the Wraith’s considerable bulk, it becomes ever so easy to use all the performance and the straight-line speed never ceased to impress. With an almost complete absence of noise of any kind, it is all too easy to find oneself travelling way above the speed limit. Indeed on a few occasions I began to wonder why everyone else on the roads seemed to be travelling so slowly – they weren’t! 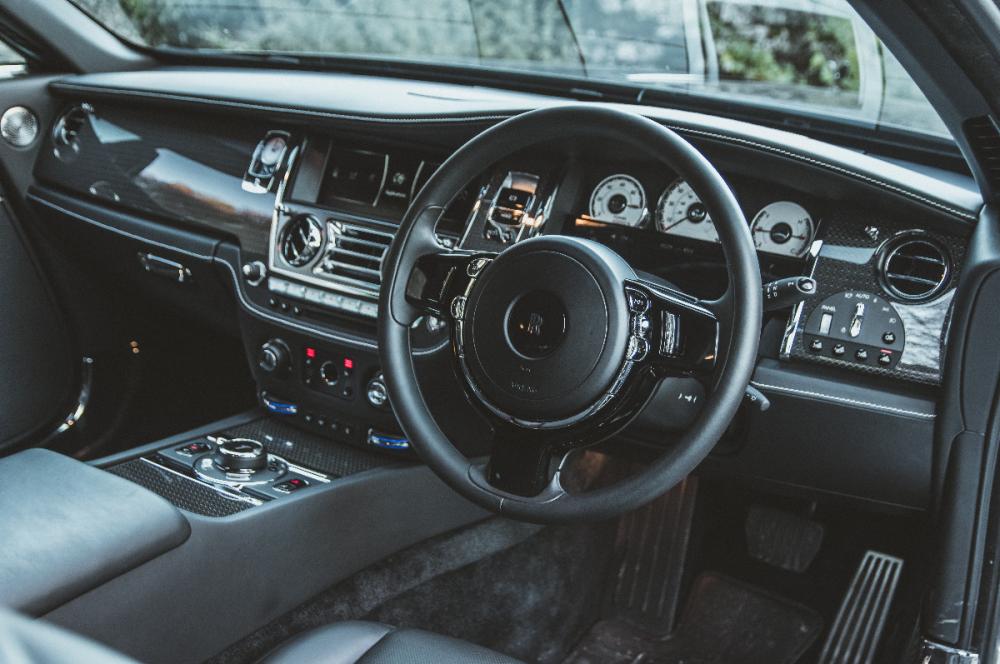 The Wraith’s suspension has been tuned to minimise body roll and discreetly amplify feedback when cornering, while steering weight is heaver at high speed and lighter at low speeds adding to the spirited drive. Black Badge models do boast a slightly stiffer setup and ride comfort is still super smooth, with even the worst pock-marked roads failing to upset the comfort and composure of the Rolls. Only the very deepest of craters will cause a rather unseemly thud.


For over a century, a Rolls-Royce motor car has featured technologies designed to support occupants discreetly, delivering a peerless driving experience epitomised by the term ‘effortless’. In every Rolls, these assist the driver when called upon, but are prepared to return to the background when not required.

Advances in mechanical and electrical technology deliver systems like head-up display, adaptive headlights and Wraith’s keyless opening boot. Improvements in connectivity have taken the human-machine interface to a new level of sophistication, a suite of aids that Rolls-Royce likens to a contemporary on-board valet.

Making full use of the Wraith’s grand touring abilities, I took a few days off and headed to the north-east for a bit of relaxation. That began as soon as I got behind the wheel! The M6 section of the journey whisked by in an instant and I do marvel at the more or less complete silence in the cabin at the legal limit.

Once free of the motorway I charted a cross-country route to my destination away from the main roads. Progress was shall we say brisk, the Wraith being easy to place from the imperious driving seat.

I can also happily report that the Wraith seemed to draw an appreciative crowd wherever it went, from petrol station (visited rather too frequently for my liking) to pub car park. Thumbs up was the order of the day and if anyone did shout rude comments at me as I whooshed by, the superb insulation ensured that I was unable to hear their words. 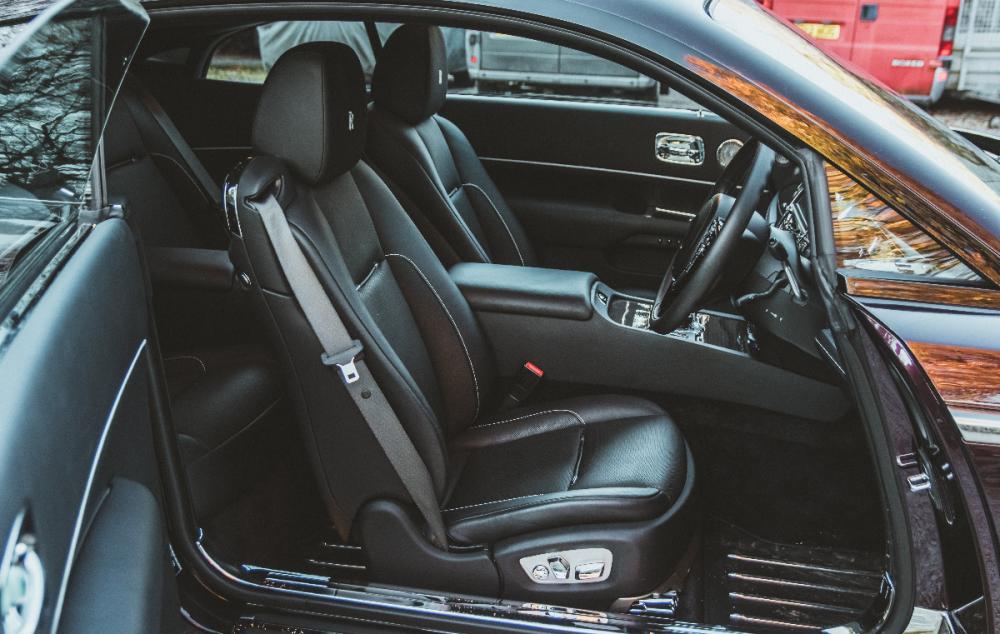 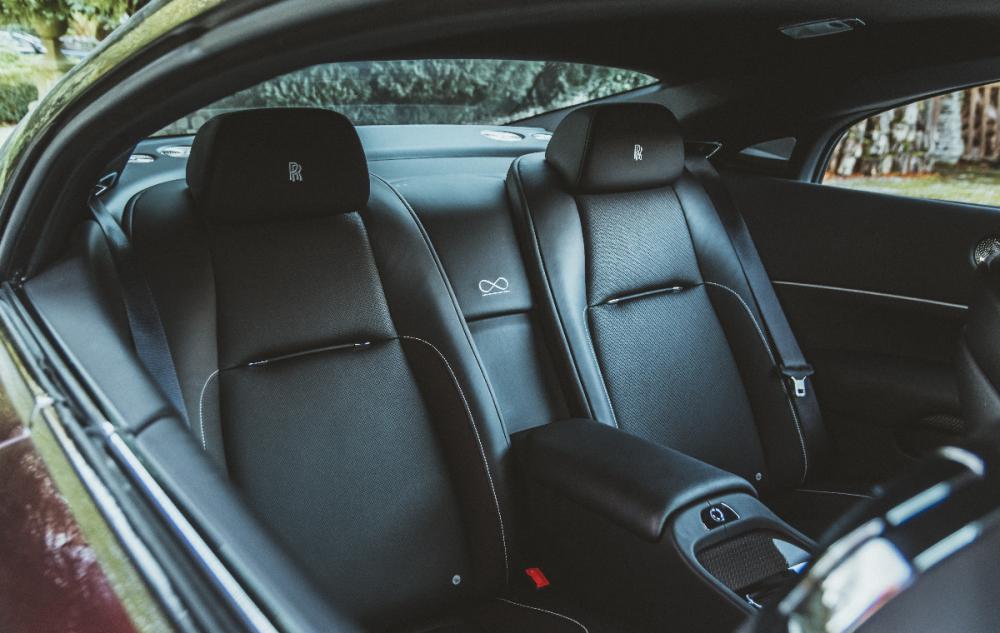 All too quickly the transporter returned and my time in the lap of luxury was over. I had made a point of driving the Wraith exclusively and it came as a shock to return to ordinary motoring. My next press car seemed slow, noisy, and downright drab by comparison.

And that is the essence of owning a Rolls-Royce. It turns even the most mundane of journeys into an occasion. Sadly, with a price tag somewhere north of £300,000 with options, only the very wealthy can enjoy the delights of Wraith travel. I am just a little jealous. 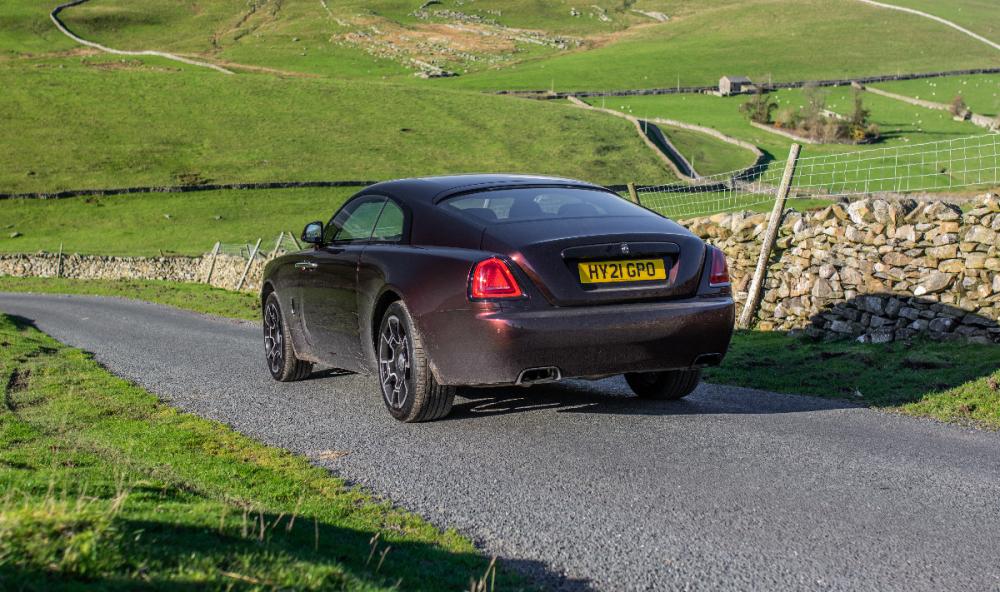 However, for us ordinary mortals there is another way. A sound Silver Shadow can be had for £10,000 or so and many of the same delights are there to enjoy.

When I asked one of the Rolls-Royce PR staff which of their cars was the most popular seller, he informed me that many of their clients owned one of each model. That’s how the truly wealthy roll and I was only too delighted to join them once again for a very brief period.