Lorraine Brown's debut novel, Uncoupling, will be published on February 18, 2021, the timing of which couldn't be more perfect. Released at the point when we will all, undoubtedly, be tired of the endless winter nights, the novel transports us for a day to gay Paris, dexterously illustrated by the author. Whilst the circumstances are far from ideal for the protagonist Hannah, in her debut Lorraine Brown has created a modern romance that blends reality with a healthy dose of escapism.

Although the novel does evolve around an arguably tired cliché (a romance set in Paris), it works because the back stories that are slowly revealed by the central characters render them wholly believable and people to whom many will be able to relate. The characters have their flaws, their individual anxieties and personal hang-ups: they might aspire to a conventional lifestyle, but as we know, even convention has its cracks. So, as we get to know the characters, we discover traits that amuse and irritate, and we understand that the underlying message appears to be one of acceptance. These characters have been lifted from real life, warts and all.

And so with a touch of humour, an abundance of charm, a soupçon of irony and, yes, a slice or two of fromage, we spend a day in the company of Hannah, who finds herself alone in a crowded Parisian train station, having accidentally split from her partner, Si, on an overnight train ride from Venice to Amsterdam.

Rushing to catch a connecting train, Hannah quite literally falls over a stranger, Léo, and she is not best pleased. You can forgive her petulance, and in any case, Léo’s diametrically opposed stance, explored in petty bickering, cuts through it. Recognising and forgiving her childlike obstinacy, he decides his role is to be her guardian whilst they wait for the delayed connecting train.

It is quite a playful novel - this adds to its charm. The exchanges between Hannah and Léo, are initially frosty: he pokes fun at her, she testily responds. She wants to blame him for her situation so that she cannot be scapegoated, but she latches on to him as we see that she often looks to others to make her decisions. 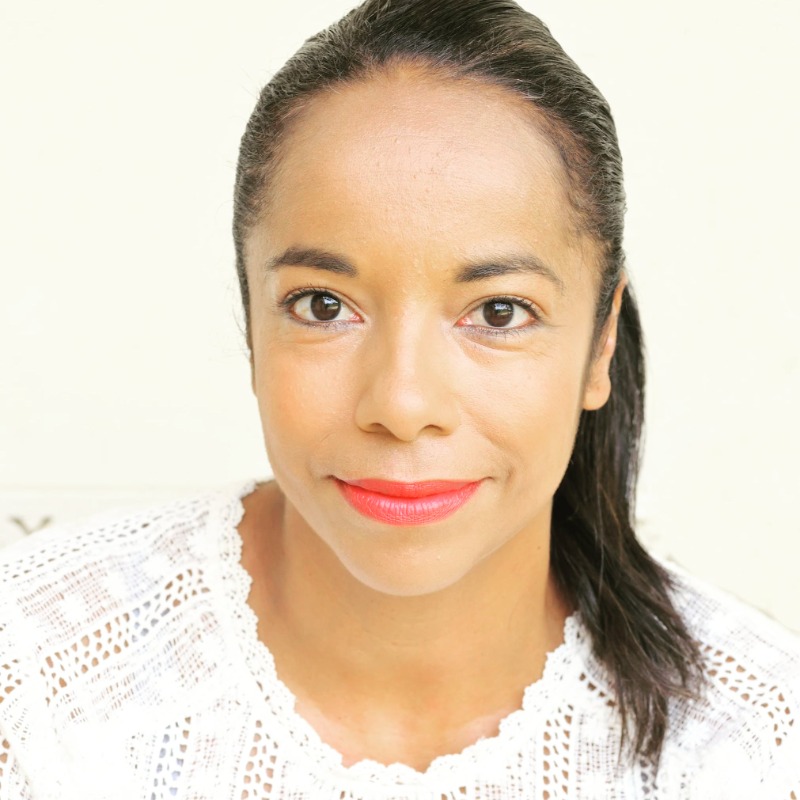 Lorraine Brown
Léo therefore becomes the guide to an unwilling tourist on a whistle stop tour of Paris, in which we, the reader, get to enjoy the tastes of Parisian cafés, hear the sounds of the city and get to soak up the sights captured through the lens of Hannah’s beloved Canon AE-1 camera. This camera, to many now a relic from a bygone era, is representative of the one true passion that Hannah possesses – photography. This connection to the past, by dint of the camera, does show how much of Hannah’s adult life has been shaped by earlier events that now linger in her unconscious mind, perhaps influencing her outward behaviour. Her creativity in the approach to photography, deciding the images she captures, is a way of creating her own roadmap, putting her own mark on the course of events. She picks and chooses what to photograph from all that passes before her, and here she does show confidence in her own judgement.

The images, which are captured in print, also symbolize our need for tangible mementos in a life that becomes almost transitory – a physical photograph, rather than one that is soon lost at the bottom of a person’s social media feed. We know Hannah will start to reconsider the direction her life and relationship is following; her personal insecurities are brought to the surface and we explore her backstory as she slowly, reluctantly reveals her inner self to us and to Léo. In time, she does relax in his company, as if determining that it is best to make the most of the situation, and even to allow herself to enjoy it.

The novel's tag line lets us know what to expect: "Sometimes you need to go in the wrong direction to find the right path". Conceptually, this is nothing new, however Brown has the skill to keep the reader engaged, willing the characters towards a positive ending and, along the way, to enjoy the company of a rather dashing Frenchman in a great city of romance.


Also by Caroline Spalding...
Review: Cold Enough For Snow By Jessica AuReview: Good Intentions By Kasim AliReview: Strangers I Know By Claudia Durastanti, Translated By Elizabeth HarrisWalking For Wellbeing – It Really Does WorkReview: The Love Songs Of W.E.B. Du Bois By Honorée Fanonne Jeffers
Despite the initial rush of events and the hurried early exchanges between the characters, the novel settles into a more gentle, steady and relaxed rhythm, reflecting the generic perception of Paris: that of a laid-back ambience inherent to the great bustling metropolis. This enveloping atmosphere appears to act as a balm to the soul of Hannah, helping her to see things more clearly. Her insecurities are not unique and we can relate to them: for some readers Hannah might inadvertently provide guidance and counsel.

In turn we explore the frustrations that we all face in life: love, family, friendships, finance and of course, work and home. Hannah is not a pitiable character, and this isn't a dull dissection of all that is wrong in modern life. The "problems" are touched on lightly and sympathetically, which instils a sense of optimism and a connection to the characters.

Of course, this escape is only fleeting and we do have to return to normality. But, for Hannah, her time spent with Léo really has opened her eyes to a new set of possibilities. A minor criticism would be that the ending leaves all loose ends tied up too neatly, and I would have preferred to have been left with some questions. However, the book is, as stated, optimistic – and so the readers who identify with Hannah may take away from it the message that life is a journey, and that sometimes a slight change in direction is all that is needed to make a positive improvement. We begin the novel with Hannah racing to catch a departing train, a symbol of the tendency we all share to hurtle blindly forward, frenetically sprinting towards what may ultimately be the wrong destination. Perhaps the book’s central message is that sometimes it just takes a chance encounter and a change in pace to allow us to recalibrate.

A comforting escape on a dark, winter’s night, but sufficiently equipped with realism to leave a reader with a sense of optimism, Uncoupling offers a touch of joie de vivre and reminds us that romance is still to be enjoyed, despite all the challenges that life presents us with.


Uncoupling will be published February 18, 2021 by Orion, and is available to pre-order online through Amazon or via https://www.orionbooks.co.uk/
More in this series...
Review: The Stranding By Kate SawyerReview: You Let Me In by Camilla BruceInterview With Victoria PrincewillThe Traumatic Legacy of Denial: The Sanatorium By Sarah PearseThe Imposter by Anna Wharton: A ReviewGirl In The Walls By A.J. Gnuse - A ReviewReview: Lightseekers By Femi KayodeAn Interview with Alice Ash - Author of Paradise Block‘ …Really Real Poor People, Surviving Alone Together’: Paradise Block By Alice AshInterview: Neema ShahKololo Hill By Neema Shah: A ReviewInterview With Catherine Menon - Author Of Fragile Monsters‘Ghosts Everywhere I Look. Ghosts Everywhere I Don’t’: Fragile Monsters By Catherine MenonInterview: Bethany CliftLast One At The Party By Bethany Clift: A Review'There Is No Such Thing As Fate, Because There Is Nobody In Control': My Name Is Monster By Katie HaleInterview With Frances Quinn - Author Of The Smallest Man'A Hero Of Our Time!': The Smallest Man By Frances QuinnInterview: Thomas McMullan, Author Of The Last Good ManReview: The Last Good Man By Thomas McMullan