Review: The Temptation Of Gracie By Santa Montefiore 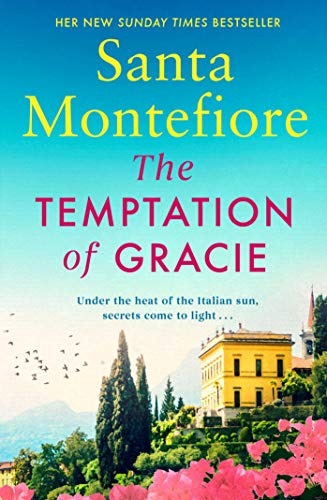 In these Covid-restricted days, it’s nice to at least dream of foreign fields. For Greece, read Victoria Hislop: start with The Island if you haven’t read it already, then maybe Cartes Postales from Greece for a complete change. You will quickly be warmed by the sun and immersed in Greek culture and it may provide some compensation on a wet and windy summer’s day in good old blighty.

For Italy, it has to be Santa Montefiore. In the pages of her books, you can bathe in the glow of the light, enjoy the vibrant colours of the lemon groves and vineyards, and imagine yourself eating al fresco on the piazzas. I have mentioned Santa Montefiore books before and during a recent stay in hospital, I really needed some escapism from the clinical surroundings threatening to suffocate me. I also wanted to cheer myself up with a light read and knew there were one or two of her books on the bedside pile which would suit. The Temptation of Gracie found its way to me by dint of a helpful husband and when I emerged from a morphine-induced stupor, it was just what I needed. 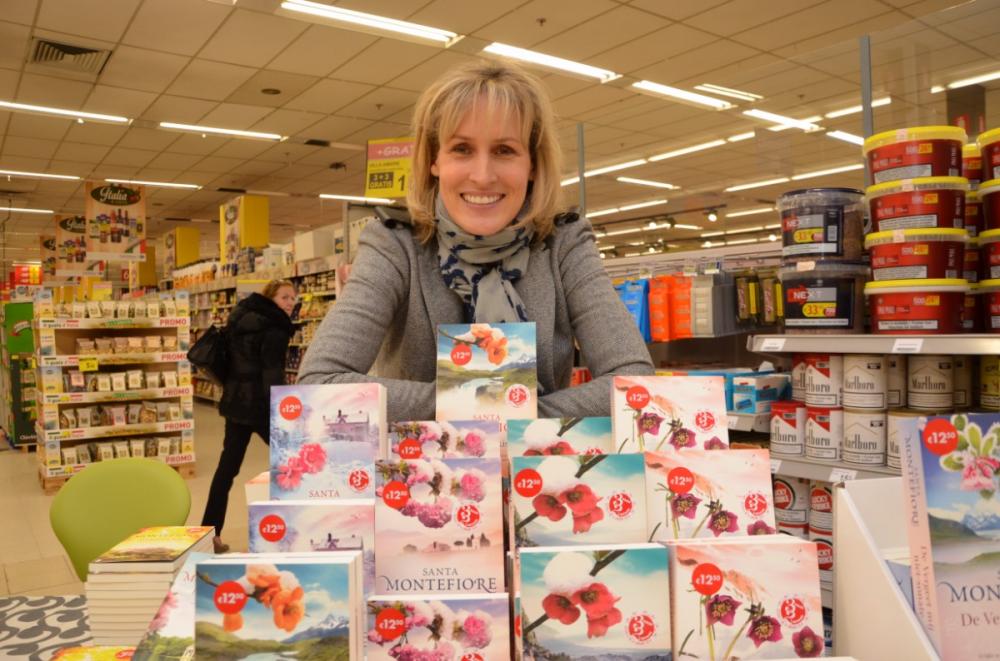 Santa Montefiore in 2013
Gracie Burton is an unassuming widow, living independently with her two dogs and keeping herself busy by involving herself in various village activities in Badley Compton in Devon. She has a reputation for efficiency and for getting things done and is relied upon by the unlikely-named Flappy Scott-Booth, who sees herself as the self-appointed lady of the manor – for which, read busybody. Gracie claims to have led an unremarkable life and no one has any reason to disbelieve her – not even her nearest and dearest.

Everyone knows that Gracie does not travel, even out of Devon, so when she reads a magazine article in the hairdressers, her sudden decision to spend all her savings on a trip to Italy seems quite out of character both to her friends (Flappy is seriously put out) and her family – a daughter who is far too busy working in the fast-paced London world of business to visit her mother. Yet it is Gracie, along with daughter Carina and granddaughter, Anastasia, who find themselves enrolled on a cookery course in a small hillside town, in beautiful Tuscan countryside, on a holiday which quickly mends the strained relationship they share.

Gracie, it turns out, is a woman of secrets and regrets, and the holiday, in which she revisits her past, proves cathartic and restorative to the soul. The chapters alternate between the present and Gracie’s previous life in Italy. The three women get to know each other all over again as the reader meanders towards the inevitable happy ending; it’s that kind of book. Art forgeries, homosexuality at a time when it was still illegal, adolescent affairs (and the joy of a lighthearted comeuppance), sumptuous food and endearing characters, combine to fill the pages. The busy daughter, Carina, shows just how easy it is to lose sight of what is really important in life as she re-evaluates her priorities, and Anastasia demonstrates, in her actions, how important it is to listen. Their host is Ilaria whose description of Italy’s ability to ‘open up tight buds’ is simple and beautiful and apparently true.


Also by Artis-Ann ...
‘You Have To Take Your Chances When You Can’: The Great Frost By Chris Speck‘Hiding Away From The World Never Works, Because You Still Have To Meet Yourself In The Mirror Every Morning': the Seven Sisters By Lucinda Riley‘Don’t Be Scared If It Hurts, Healing Always Hurts’ Bea’s Witch By Daniel Ingram-brownReview: Sarah The Spectacular Squirrel By Rory Ffoulkes, Illustrated By Irene Silvino‘The Oak Tree Lives Inside the Acorn’: The Invention of Wings By Sue Monk Kidd
Montefiore certainly knows the area and is able to recreate the magic of Tuscany with a stroke of her pen. Her descriptions are truly evocative of that wonderful place. If I have one criticism, it is that being well into my sixties now, sixty eight doesn’t seem as old as Gracie sometimes appears. Yes, she’s a granny, a widow, and lives alone in Devon, with her secrets, and maybe she needed to appear older than her years so the return of a youthful spirit could be highlighted more clearly. Whatever, she is an affectionate character and I enjoyed sharing her adventure.


The Temptation of Gracie is published by Simon and Schuster UK