I never thought I’d see the day. If ever there was a time to dust off that “It’s been 84 years” Titanic GIF this was it. The New Mutants is finally out!

Work began on the idea of adapting Chris Claremont and Bob McLeod’s X-Men spin-off to the big screen way back in 2015, and in 2017 it was shot and scheduled for a 2018 release. Since then, it has been a constant barrage of re-shoots, delays, fades to black and Disney buying 20th Century Fox. And then a pandemic happened on top. 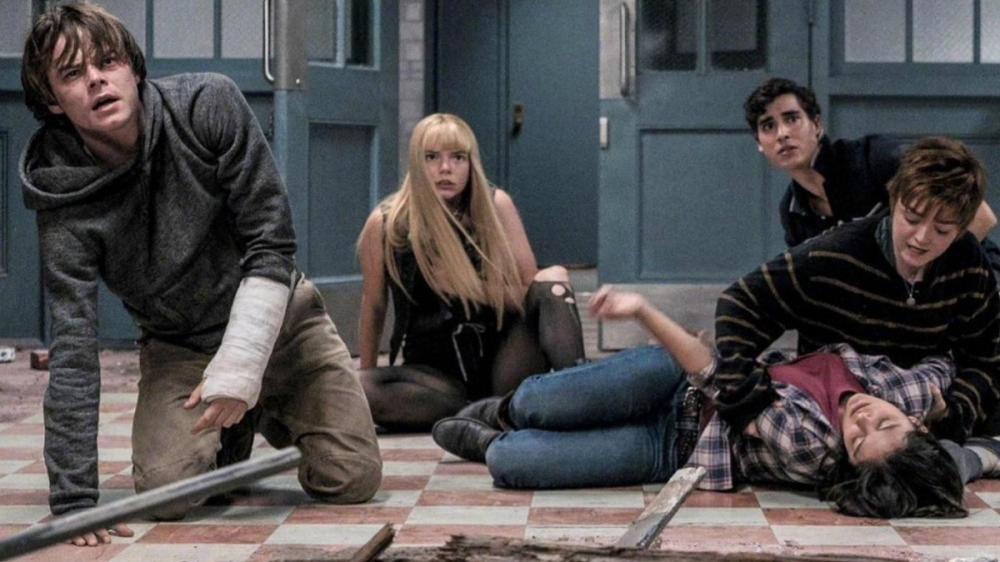 While it’s remarkable that Josh Boone’s film has seen the light of day at all, the sad reality is that such a suffering production process can be the death kiss for the majority of movies. However a rare few emerge as masterworks, moulded by such adversity and made all the better for it.

Then there’s that middle ground of fascinating and really quite fun oddities, which may even be a total mess but the results are undeniably so bonkers or unusual they’re somewhat irresistible. So, which of the three scenarios is it for The New Mutants do you reckon? Personally, it wasn’t the one I thought it would be.

This horror-laced comic book film, sees young Native American teen Dani (Blu Hunt), lose everything including her father when a freak storm (which seems almost alive) wreaks havoc on her reservation. Shaken and scared, she passes out in the snow, but wakes in an institution run by the seemingly well meaning Dr. Cecilia Reyes (Alice Braga), where she not only finds she is a mutant, but that this facility is a refuge for others like her too. But, as dark forces start to build, these young mutants must quite literally face their fears to survive.


Also by Jack Bottomley...
Review: Framing Britney SpearsReview: Blithe SpiritReview: SoulReview: Wonder Woman 1984Review: Unhinged
I will be perfectly honest, I expected the worst of the worst going in, thanks to the anti-hype that the much publicised production woes and mixed reviews have created, and while the end product is anything but perfect or very tidy, I found The New Mutants enjoyable overall. Call it having a naff day (that only got worse actually) or being once again happy to be seated in a cinema, or that I know little about the source material itself, but whatever the case this film was able to fill its 90+ minutes with some diverting action and ideas for me.

I appreciated what they were going for with the story of young angst and adolescence being addressed through the overwhelming abilities that come with mutation, as well as some really quite intense and dark themes of child abuse, religiously-motivated prejudice and social bigotry.

Yes, some of this content could certainly have pushed the envelope further (and you undoubtedly can feel the studio has stepped in and reigned in the original direction somewhat) but considering how long this film has been kicked about as a project, it certainly wasn't the Josh Trank’s Fantastic Four scenario it could have been. The New Mutants may feel a bit dated and formulaic (at times having the structure of a comic book film back from the developing genre days in the early 2000s) but it's horror aesthetic gives it a distinctive enough identity.

After all there are not many comic book films that place their story entirely in an asylum and in the process blend John Carpenter’s The Ward with Zack Snyder’s Sucker Punch and Milos Forman’s One Flew Over the Cuckoo’s Nest. Some tropes are fully embraced of course but I got a kick out of a horror comic book film which featured a Demon Bear one minute, a purgatory battle the next and even a vocal cameo from Marilyn Manson.

As you may have guessed it is not always smooth sailing, and the CGI overload comes along thick and thin in the final third but what helps keep things moving and entertaining is the new mutants themselves, who do good work here. Blu Hunt really develops her strength throughout as Danni, and her connection with Maisie Williams’ troubled but kind Rahne is genuinely warm and affecting. Anya Taylor-Joy is cold and fierce as Illyana but her character unfolds into someone strong and her past comes to surface in dark and quite tragic ways. While Henry Zaga’s cocky Roberto also undergoes similar perceptual shifts and Charlie Heaton’s Samuel is a likeable loner of this pack.

20 years ago Fox’s X-Men franchise began and led the way for the comic book movie boom to come in many ways. Since then it has had peaks and troughs to say the least, but it would have been great to see the final X-Men property from the Fox go out with an almighty bang, especially after all this. Sadly it’s not quite a bang but a curious alluring sound. It grabs your attention if failing to pack the wallop it could have had but the characters keep you on board with this horror fuelled comic book story.

Plus, as endings go, it’s a far better note to go out on than last year’s wholly disappointing and frustrating Dark Phoenix. Overall I enjoyed it and didn’t expect to.