Review: The Naked Don’t Fear The Water: An Underground Journey With Afghan Refugees By Matthieu Aikins

Ezra Pound once said, “Literature does not exist in a vacuum. Writers as such have a definite social function exactly proportional to their ability as writers. This is their main use”. Hold that thought. During his inauguration speech, Barack Obama said, “Our stories are singular, but our destiny is shared”. An epiphenomenon of living is the story and those who tell it. When such stories address humanistic truths as significant as that expressed by Obama, Pound’s contention certainly gains credence, if not unequivocal veracity.

The Naked Don’t Fear The Water: An Underground Journey with Afghan Refugees is Matthieu Aikins’s first book. Pound would consider him to be a writer of prodigious worth and one who has clearly found a use for his mesmerising talent. A New York Times Magazine contributor by trade, he tells us early in his often harrowing non-fiction account of life on the ‘rah-e qachq’ or ‘Smugglers Road’, that “I wanted to be a writer and thought I’d find in the world, the material I lacked in myself”.

Aikins has been based in Afghanistan since 2006. As an American citizen who could pass for an indigenous Afghani, he’d found plenty of material in the world surrounding him, disinterring unpalatable truths with unflinching objectivity, fierce intellection and seemingly limitless professional courage. When his close friend Omar, a driver and interpreter for the allies, made the decision to flee Afghanistan in 2016, Aikins decided to document his journey along the Smuggler’s road. In order to share such a story, Aikins chose to stash his passport and ID in a safehouse in Trieste and join his friend as a fellow refugee.

Five years in the making, Aikins book is his first-hand, astonishingly detailed account of the precarious twelve month odyssey he and Omar undertook. Adopting the pseudonym Habib, he and Omar travelled across land and sea from Kabul to Greece, their aleatoric fate only ever certain to bring them face to face with those at the ignominious centre of a truly horrific migration crisis.

We accompany the pair as they trek through the inhospitable deserts of Nimroz, cross the capricious Mediterranean Sea in a death-trap dinghy and ultimately find themselves denizens of Moria, a rancid refugee camp teeming with lost souls on the Greek island of Lesbos.

En route to Lesbos and its squalid charms, they encounter disastrous setbacks, life-threatening jeopardy, crippling self-doubt and filthy hardship. Grimmest of all, they become intimately acquainted with the ugly face of human trafficking and those profiteering from its horrific dynamics…rapacious people smugglers. Malfeasant law enforcers and sanctimonious officials callously saturated in their own parochial interests, tendentiously meet out justice unjustly.

Outraged activists, impuissant relatives struggling with malevolent oppression and omnipresent fear people the tale, as of course do the pair’s fellow refugees all seeking similar salvation. Human protagonists aside, Habib and Omar courageously confront the vile ramifications of human self-interest when played out on a global scale. Aikins concludes his profoundly provocative account with an epilogue as distressing as it is uplifting, for though brutal, his story is as much one of inextinguishable hope and camaraderie as it is one of undeniable human tragedy.

Aikins book is an important work and a wonderfully powerful example of literary Journalism in beautifully articulated action. By exploring this genre, we begin to understand why Aikins chose to employ this form, and why his book packs a visceral and intellectual punch Muhammad Ali would have envied ! 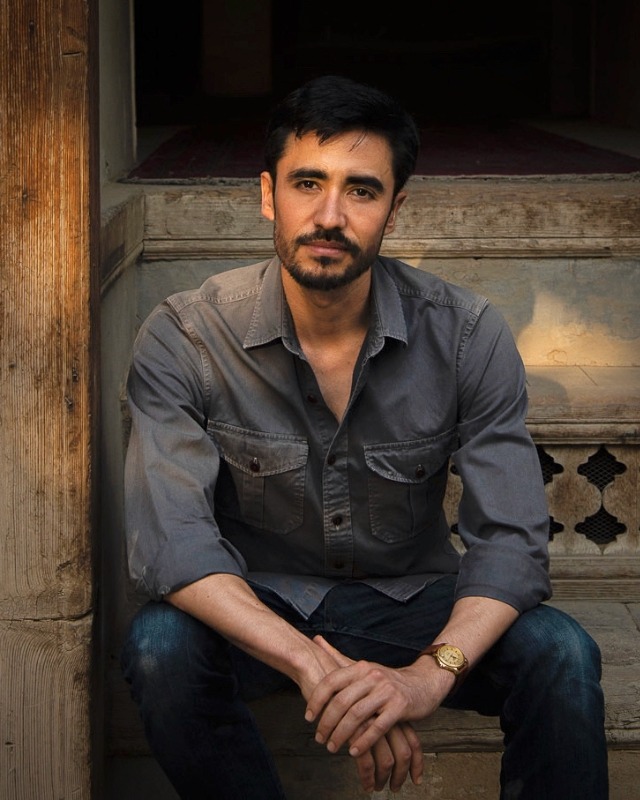 Matthew Aikins. Image by Kiana Hayeri
Lincoln Steffens, an American investigative journalist was one of the ‘Muckrakers’ vilified by Theodore Roosevelt in his 1906 speech ‘The Man with the Muck Rake’. Along with his like-minded colleagues he wrote excoriating newspaper articles during ‘The Progressive Era’ (1890-1920). Steffens and his fellow journalists, such as Florence Kelly and Upton Sinclair, sought to expose corruption and injustice in order to bring about societal change. Their articles partially paved the way for literary Journalism and the likes of Aikins.

Looking further back in time, we find Benjamin Franklin, William Hazlitt and Joseph Pulitzer pacing the way for the New Journalism movement of the late twentieth century. This literary term first appeared in America in the 1880’s and denoted journalism blending sensationalism with crusading gusto.

By the 1960’s writers such as Joan Didion were producing sharply etched observations on American life and in so doing bringing hugely significant societal issues to the attention of the masses. Indeed her essay, ‘Slouching Toward Bethlehem’ assiduously dealt with ‘The Summer Of Love’ as a means of examining America’s fracturing zeitgeist. The people she reported upon were rendered with a novelistic attention to detail, giving her articles a potency perhaps beyond mere journalism’s reach.

In his groundbreaking anthology, The History of Journalism, Norman Simms observed that literary journalism, “demands immersion in complex, difficult subjects. The voice of the writer surfaces to show that an author is at work”. Such writers must distil facts with unswerving accuracy because their work cannot be labelled journalism if, “details and characters are imaginary”.

Robert Boynton asserted that both literary journalism and New Journalism had much in common, sharing the mutual objective of being, “artfully told narrative stories about subjects of concern to the masses…the goals of the artist and the journalist were the same”. So, literary journalism is a form of non-fiction combining factual reporting with the narrative technique, figurative language and literary devices employed by an author of literary fiction.

But why is this genre so powerful and specifically pertinent as a tool to provoke societal change ? The answer is twofold. Firstly, rooted in fact it speaks of undeniable truths. George Orwell’s Homage to Catalonia and The Road To Wigan Pier both gain their authority from bald facts. In the former work, Orwell drew upon his experience as a soldier during the Spanish Civil War on the Aragon front in order to portray the misery of war and the mentality of romantic revolutionaries. In the latter he forced his reader to confront the fetid ‘smell’ of the poverty afflicting those enduring the mines and slums of 1930’s the industrial north. Facts have force.

Secondly, Orwell drew upon journalistic technique not to appeal to his reader’s sense of sympathy, but their intellectual honesty. Literary journalism as employed by Aikens is not a tendentious attempt to tell the reader how to respond. Conversely, it lays the facts out before the reader objectively and allows the reader to interpret them. The objective is to inform, not to lecture. If didactic at all, the writer assumes that all but an inveterate victim of pyrrhonism will judge for themselves. This created space catalyses something far more persuasive than clumsy, opinionated cavilling.

Now, returning to Aikins’s book, the source of its power can be fully understood…it is a masterclass in literary journalism. We have a compelling adventure narrated with an author’s captivating legerdemain, peopled by characters rendered so well that they leave the page whilst electrifying the plot’s events.


Also by Paul Spalding-Mulcock...
“Love Is The Magician That Pulls Man Out Of His Own Hat”: A Marvellous Light By Freya MarskeExpecto Resurrectionem Mortuorum:The Gift - Book 1, Eleanor, by R. A. WilliamsLittle Liar Boy - A Hall Of Mirrors StoryThe Devil's In The Detail: Johannes Cabal The Necromancer by Jonathan L. HowardAn Audience With The Devil - A Hall Of Mirrors Story
Aikens fuses achingly beautiful prose with stark empirical fact. The book’s reference section is a comprehensive resource meticulously supporting each and every fact he chooses to relay. Aikins uses his academic and professional prowess to lay before the reader both a story and the details animating it. He references acts of European law, philosophical treatises, statistics, geopolitical ideologies, historical event and demographic studies to skilfully scaffold his story giving it both contextual veracity and intellectual clarity. Emotional resonance might dextrously inspissate the mix, however when all is said and done he lets the facts speak for themselves, having made us, the reader vicariously care about the real people they touch.

Thematically, we examine borders and their porosity, war and its hideous global corollaries, migration and the tragedy of refugees spewed forth upon an all too nationalistic world, the search for personal salvation, longing, love and loss. Aikins’s ‘material’ allows him to show us betrayal, fidelity, kindness and cruelty, whilst also raising our focus from the granular to the incomprehensible magnitude of Aristotle’s ‘Great Chain of Being’. Above all, Aikins presents us with a beautifully told tale of astonishing moral ugliness, made palatable by the ever-present elixir of life-affirming hope.

So, a magnificently mediated true story which maintained a vice-like grip on my head and heart throughout its riveting and deeply moving pages. I can’t begin to fathom the courage needed to make this book a reality, and I can’t ever ignore the world it took me to. E. M. Forster elegantly sums up my response: “What is wonderful about great literature is that it transforms the man who reads it towards the condition of the man who wrote it”.


The Naked Don’t Fear the Water: An Underground Journey with Afghan Refugees is published by Fitzcarraldo Editions on the 15 February 2022.