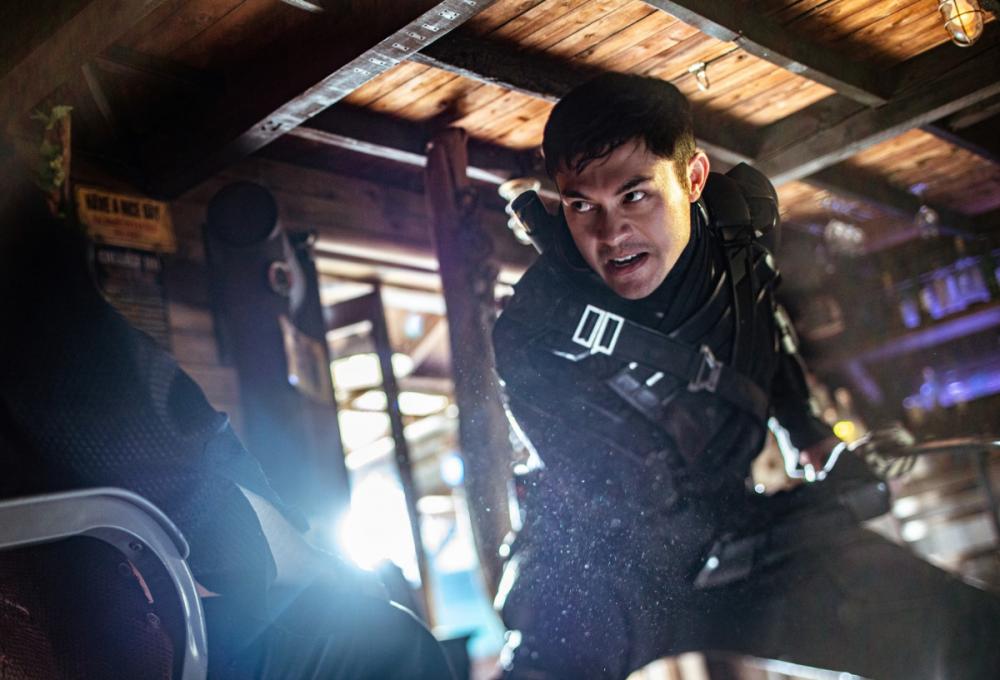 When it comes to the G.I. Joe film series (2009’s Rise of Cobra and 2013’s Retaliation), based on the Hasbro toy line, you know what you are signing up for. They are movies specialising in big flamboyant action set pieces, high-tech heroes and villains, and some very casual relationships with the laws of gravity. Yet, despite some success, you could argue that this very American brand has never been quite up there with Transformers or Fast & Furious in terms of its world-dominating onscreen output. Let alone any bigger franchise juggernaut like James Bond, Star Wars, the DCEU or the MCU.

So, with this in mind, it seems - ironically - quite the gamble to spend $100 million on a new origin movie for silent and deadly G.I. Joe Snake Eyes (played previously by Ray Park), which in turn is a reboot for the the entire G.I. Joe franchise. Sadly, as box office results have shown, it is a gamble that has not paid off, with the film bombing rather badly, but despite this, there is an enjoyable story here to be found.

The plot follows Henry Golding’s loner, known only as Snake Eyes, whose father was murdered and he was left to fend for himself since he was a boy. But, as he makes ends meet in underground street fighting, Snake Eyes is offered the chance at revenge, as he is taken on a journey that makes him question who he is, who he wants to be and the nature of loyalty.

Admittedly I don't think anyone asked for this film but Golding's sword-swinging flawed hero is given a quite interesting origin tale with some stylish visual flourishes and fun action scenes (even if a couple of them were victim to slightly too excessively used shaky cam techniques - John Wick has truly spoiled us).

The cast are all pretty good, with Golding excelling as the lead, and some good supporting turns by Andrew Koji as his friend “Tommy”, Haruka Abe as Akiko and Eri Ishida as Tommy’s badass grandmother Shen. There are also some neat supporting faces in The Raid’s Iko Uwais and Jason X’s Peter Mensah. Shame the film has sort of a flimsy main villain, compared to its string of heroes. Though there are some fun bonuses to spot, for instance some eagle eyed viewers may catch a brief cameo from a former WWE Star, which was a bit unexpected.

In fact, from start to finish, there is a lot here to chew on and keep you seated for just under 2 hours. Yes, the clear sequel set-up at the end was always optimistic but knowing what we know now, it seems even more so, alas we will never see that follow up, but knowing some of the characters previously, we can piece things together for our own payoffs really.

Snake Eyes is hardly entirely original, as we have seen stories of this ilk before (fantastical elements, martial arts-infused vengeance tales, betrayals and whatnot), but this was still a reasonably entertaining and well crafted tale of revenge, its costs and the harsh price of honour.