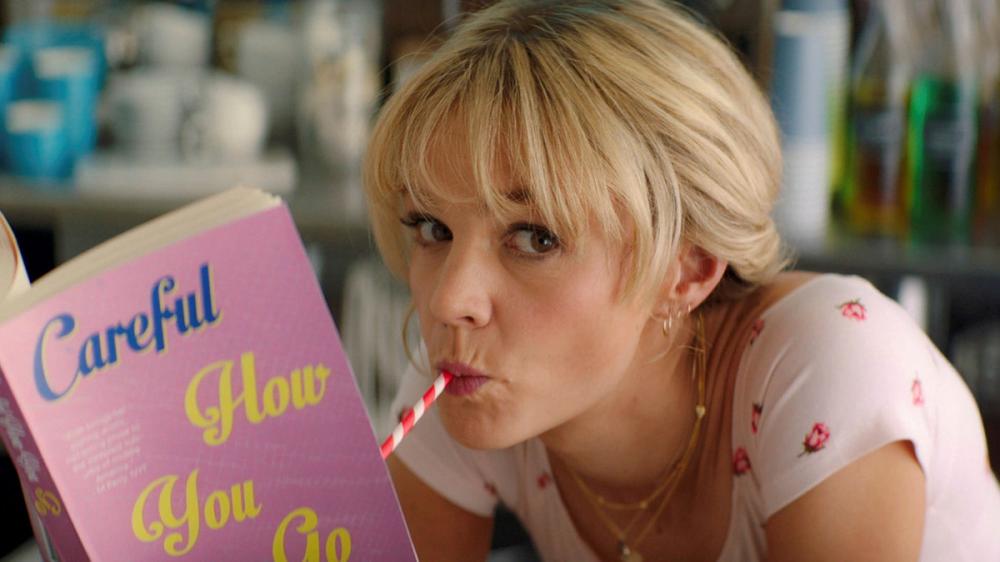 Writer/director Emerald Fennell's directorial debut, Promising Young Woman, is one of the year's very best films. Now I understand we don’t usually open reviews with a summary but in this case it felt right to make this statement from the very off. In a year already boasting some gems - and the hopeful light of cinema’s May 17th return (here in the UK) is in seeing distance - we have another gem here, which lands at a time when it could not be any more relevant, impactful or, indeed, saddening.

This pitch black comedy laced revenge thriller-drama sees just-turned 30-year-old Cassie (a career best Carey Mulligan) still coping with circumstances that made her dropout of medical school a few years ago. Seeking retribution on those responsible comes at the expense of living on her own but there just might be a chance to leave the pain behind ... or is there?

Fresh off deservedly winning Best Original Screenplay at the Oscars and throughout much of awards season, Promising Young Woman is a timely, provocative and fierce film about sexual abuse and its effects, as well as the unbalanced (even uncaring) eye of society, and its many false faces that mask utter abhorrence.

This is an impeccably directed revenge story that digs deeper than most dare and is wickedly stylish but not at the expense of the powerful story being told, one which is a tragic and superbly mapped out study of grief and accountability.

Reminding at times of the horror/drama Hard Candy, the script is blistering in its raw honesty and never lets up from the opening bell. While boasting some shocks, twists and incredibly cinematic moments of tension, it’s the cruel realities depicted which disturb you most of all. The film details people pretending to be one thing to hide what they really are, and how society allows them either to do it or live without any consequence for the most painful of actions in the past (and present).

There is a fire within this film, as the #MeToo movement continues to grow, and it is an infectious feeling, as you find yourself deeply involved in not only the central character’s mission, regrets and anger, but in the whole unpredictable story and characters being showcased with such aplomb by Fennell.


Also by Jack Bottomley...
Review: CollectiveReview: Thunder ForceReview: Godzilla Vs. KongReview: The DissidentReview: Capone
Mulligan is spellbinding on every single level, making you laugh in some scenes, while breaking your heart in others, her intelligent and brilliant lead character is relatable and tragic, as her story goes to unavoidable places, even threatening to leave us totally destroyed. But this girl always has a plan and she becomes engulfed in her quest of accomplishing her goal, no matter the costs.

Mulligan has you transfixed from the very start and this performance feels like a special moment in her career, it is just incredible to witness.

Other standout performances come in Cassie’s hopeful new love interest Bo Turnham as the charismatic seemingly like minded, and lovely, Ryan, as well as a small but crucial turn by Alfred Molina as a broken and remorseful lawyer and a likeable performance by Laverne Cox as Cassie’s boss/loyal friend Gail, from her coffee shop workplace.

This astonishing movie unflinchingly takes you down some paths of life, while finding the time to inter-cut with some lighter moments of well delivered heart and humour too. With a kick ass soundtrack that incorporates some great modern twists on classic songs it uses them to breathtakingly atmospheric effect.

The film may be polarising among some viewers (especially come the latter half traumas) but is an absolutely powerful and almost unbearably taut achievement, one which veers into very real horrors internally and externally.

Promising Young Woman is just fantastic piece of work from an exciting director/writer. A complex, bold and challenging look at a subject that only feels to be growing in its relevance. Promising...try exceptional!