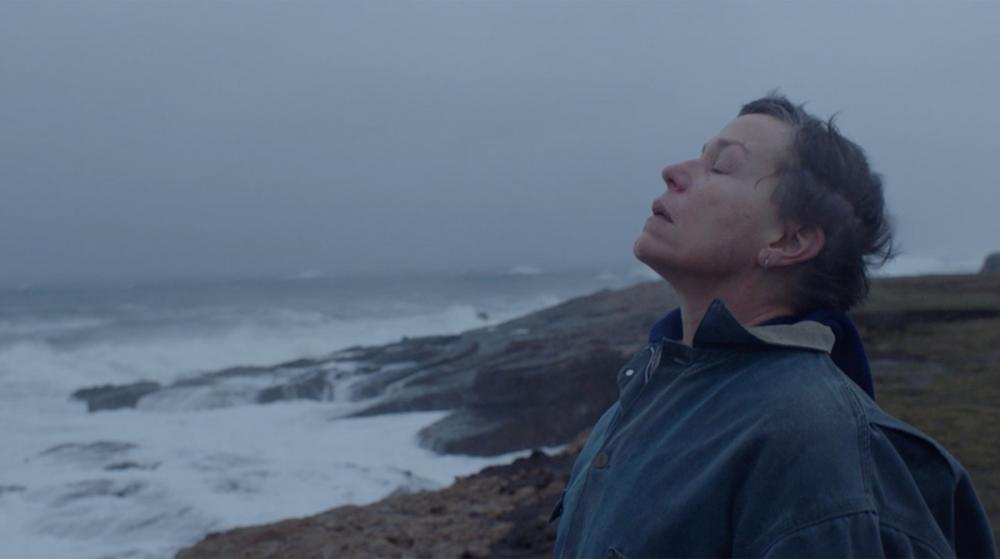 Despite it being available on Disney+, there is something to be said in seeing this year’s Best Picture Academy Award winner Nomadland in a cinema. It is the perfect, involving, atmospheric setting in which to capture such an intimate and soulful movie experience, in a film that has earned the unanimous praise it has received.

Based on Jessica Bruder’s 2017 non-fiction book, Nomadland: Surviving America in the Twenty-First Century, acclaimed director Chloe Zhao’s film follows Fern (Frances McDormand), as she has lost her job and husband, and has sold her possessions, and literally lives on the road in her van, travelling across America for work in order to fund her life as a Nomad.

Fern’s journey is one of freedom and independence on one hand but also one of struggle and resilience on the other, and Zhao’s film captures all these complex angles. Nomadland is a deliberately paced film about living life but also a reflection on its many wild directions. As such it is a remarkably human piece of work, a story of both tribute and strife, but with a focus on the heart. The heart within all those many faces we meet on this strange road known as existence, especially the ones we love and the few we lose.


Also by Jack Bottomley...
Review: Snake Eyes - G.I. Joe OriginsReview: Jungle CruiseReview: Fear Street: Part Three - 1666Review: Fear Street: Part Two - 1978Review: Fear Street: Part One - 1994
Through the so far largely unrepresented eyes of the nomad community (many of the cast here are real life nomads, playing versions of themselves), we see a house is not what makes a home, as a home is something far greater than just a roof overhead, it is a sense of belonging, of togetherness or of community. Fern finds this as a Nomad, as she has lost a sense of it in her previous life, following the death of her husband and loss of her home, and this film offers such glimmers of beauty from between the worn and weathered exterior that is daily life.

Beautiful cinematography by Joshua James Richards, which feels alive and breathtaking on the cinema screen, works with a gentle and thought inviting score by Ludovico Einaudi, to add further layers to the already moving and in some way inspiring story being told.

A central performance by Frances McDormand (who also co-produces this picture) further enriches a compassionate screenplay by Zhao. She is simply marvellous and works so wonderfully with her co-stars (be they professional actors or nomads) that she gives the role an authenticity that makes the already blurred lines of fact and fiction here that much more striking. Nomadland is simply unsimilar to every other major release at this moment and offers a very rewarding insight into people’s lives, the likes of which we are so very rarely gifted.

Depending where you are at this very moment in your own life, Nomadland will hit you in a number of varying ways, and it conjures some moments of film that glow ever so brightly in the mind and soul. One particular sequence, involving nomad Charlene Swankie, hits particularly hard in its emotional power.

You could call it melancholy, you could call it hopeful, you could call it tragic even, but Zhao’s film - thanks to her absorbing and understanding direction - allows people’s lives, experiences and memories to breathe onscreen, as we journey across this picturesque but also sometimes rather unfamiliar America. In the process, we get a very different slant on the American dream and modern life, and you feel as though you are discovering a whole new world but still one that resonates most strongly.

Nomadland is a very special film indeed and a very memorable cinematic experience.