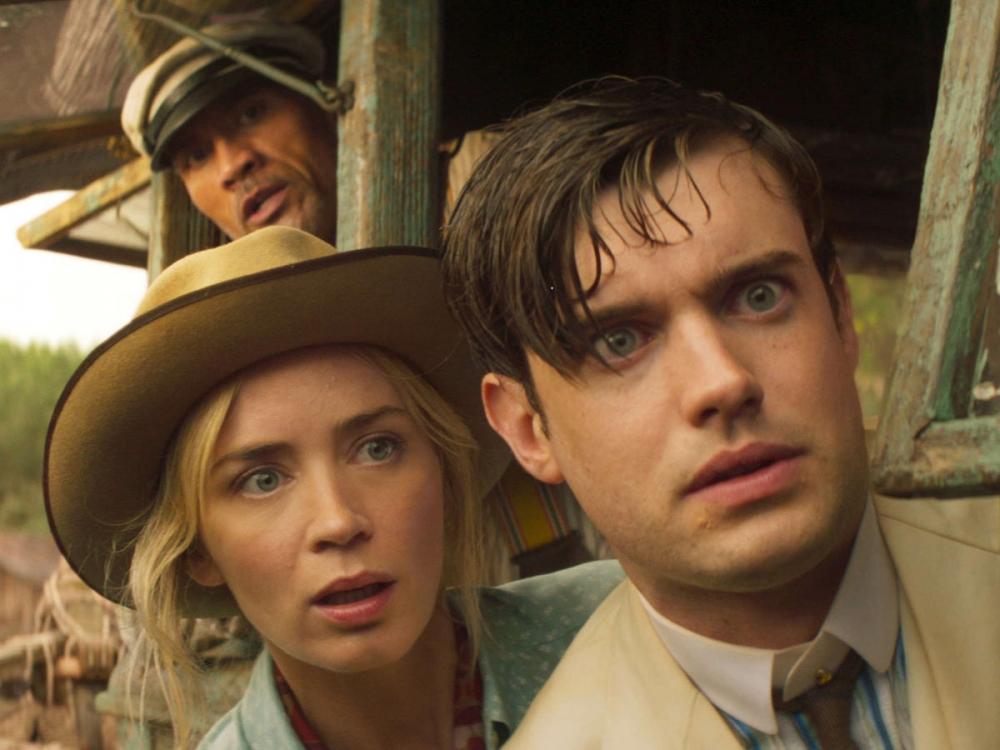 As cinema continues its slow but sure revival from an unprecedented time for not just movies but all of us, the time is certainly now for some good old fashioned rollicking fun at the flicks. Which is precisely what we receive in director Jaume Collet-Serra’s (Unknown, The Shallows) Jungle Cruise! While being released simultaneously on Disney + Premier Access and in cinemas, this is certainly a spectacular big screen experience to relish in the equally spectacular environment of the cinematorium.

Based on the Disney theme park attraction of the same name, this project has been on the cards since 2004 (arguably as a result of the similarly ride-based Pirates of the Caribbean and its monumental success) and all these years on, the film has finally floated along onto our screens, and it is imbued with the playful spirit of past adventure cinema and, fittingly, the fast-paced thrills of an actual theme park ride.

The movie, set in 1916, stars Emily Blunt as eager botanist Lily Houghton, who not only combats the male-dominated world she works in but struggles to get her ambitious ideas heard at all. That is until she takes matters into her own hands and, alongside her supportive if unprepared brother MacGregor (Jack Whitehall), she heads to the Amazon in search of the mythical Tree of Life. To navigate the dangerous waterways though, they will need a guide, and find one in steamboat skipper Frank Wolff (Dwayne Johnson). But nature is the least of their worries on this cruise, as many forces have their eyes on the same prize.

Within moments, Jungle Cruise has you charmed, and while the journey runs a tad long at over two hours, this is a surprisingly heartfelt and hilarious caper which benefits no end from its adorable leads. While many notable names and faces occupy this jungle (well, rainforest, if we are being completely accurate), it is the eclectic trio that shine most of all. The unashamedly dad joke cracking (I laughed) Dwayne Johnson cuts a rugged, somewhat cynical and yet utterly charming heroic figure, while the always reliably brilliant Emily Blunt goes all in to the action-heavy escapades, and a loveable Jack Whitehall provides much in way of comic relief and even has a rather beautiful sub-story of his own.

Chock full of curses, legends, supernatural forces, chases and more snakes than in Indiana Jones’ nightmares, this is a rousing throwback to Romancing the Stone days, with hints of the whip cracking adventure classics (Indy included). Not to mention a welcomely eco-respecting edge to its story, as the film constantly uses mother nature’s amazing sights, sounds and mystery as an excellent backdrop to the legend uncovering narrative.

Very much cut from the same cloth as Stephen Sommers' The Mummy and Gore Verbinski's Pirates of the Caribbean (…only in a jungle/rainforest), this is a film that likewise knows precisely what it is and what the audience are hoping to see. And it provides it in the most enjoyable and confident of ways. Indeed the screenplay can be occasionally cluttered, but there is always a strong glow of warmth that stays alight throughout with this film, and that unexpected asset - alongside the consistent fun - helps fuel a film that is a river braving blast, and an absolute treat for all ages.