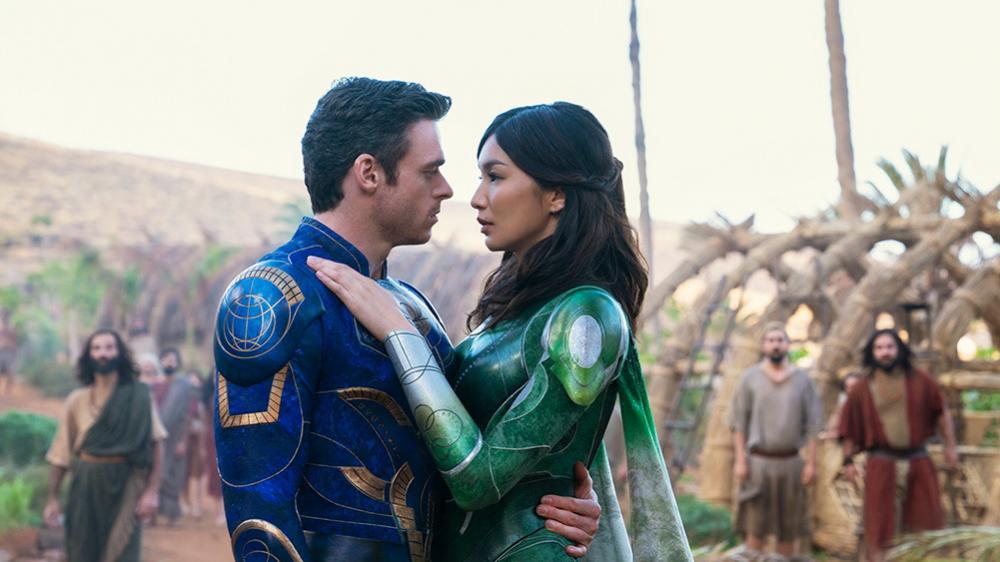 Since “there was an idea”, all the way back in 2008, as the Marvel Cinematic Universe got started with Iron Man, Disney’s comic book juggernaut franchise has become arguably the most dominant series in modern movie-making in the decade that has followed. From the acclaimed highs of Guardians of the Galaxy and Avengers: Infinity War to the divisive lows of Thor: The Dark World and Iron Man 2, the MCU has garnered a reputation for delivering consistency and meeting expectations.

So, at the back end of 2021, it came as a bit of a surprise when Oscar-winning filmmaker Chloe Zhao’s (Nomadland) new addition to the MCU, Eternals was met with the worst reviews for any film ever in the franchise. Standing as the only ever “Rotten” MCU film on Rotten Tomatoes (mind you we all get a bit needlessly caught up in that site sometimes), is Eternals really so bad? Well, no, it isn’t really.

Taking a diverse crop of brand new ancient super-powered characters, Eternals tells the story of a race of immortal beings who arrived on Earth centuries ago. Since then, they have helped to form our history and civilisation from the sidelines, not interfering in the natural progression of humanity (for better and worse). But when an old - thought vanquished - enemy resurfaces in the monstrous Deviants, this heroic ensemble must unite for the first time in a long time, as they discover their destiny is not what they ever imagined.

After all the online hot air and waffle, I think many of you will be very happy to hear that Eternals is nowhere near the disaster that it has been painted out to be, in fact I rather enjoyed it. That said - even at two and a half hours - there is too much to tackle here all at once and do justice to in a single feature.

The MCU is a series built on introduction and film-by-film development, so it probably does this particular film, and Zhao, Patrick Burleigh, Ryan Firpo & Kaz Firpo’s admirably all-accepting screenplay, no favours that there is not only an ensemble of over 10 heroes to introduce but a whole new lore that predates all of Marvel’s past tales to be established as well.

It is a lot to digest and while it remarkably makes sense more than not, the film often is so crammed, that many characters are reduced to being defined by their ability (the sword swinging one, the speedy one, etc.) rather than feeling fully formed in their own right.

Chloe Zhao’s film, as expected, is an undeniable change of pace for Marvel in some respects. Not only with its diverse ambitions and a centricity on these heroes’ relationships with each other, and with the world they are currently residing in/saving. But also in the fact that - even with post-credits developments - this film has neither been led up to, nor largely leads onto anything else in a major way.

And yet, in spite of its uniqueness in those respects, there are still common thread MCU problems aplenty (very weak villains, a narrative that succumbs to all out bombast) and in this case some unexpectedly wonky CG too. The mythology itself is intriguing (as are some of the themes you can pull from it) and the heroes are very likeable thanks to an excellent cast (which is very modern and appealing roster for the current Gen z generation of moviegoers).

Indeed, Zhao’s embrace of a wider scope of human experience yields some fascinating and original moments that must be applauded, but Eternals undeniably feels like it needed more space (and films) to breathe out fully. That said, as a superhero cinema spectacle, it works rather well largely, and many modern young audiences will probably love its story, the cast and especially the cameos. ‘Nuff said!