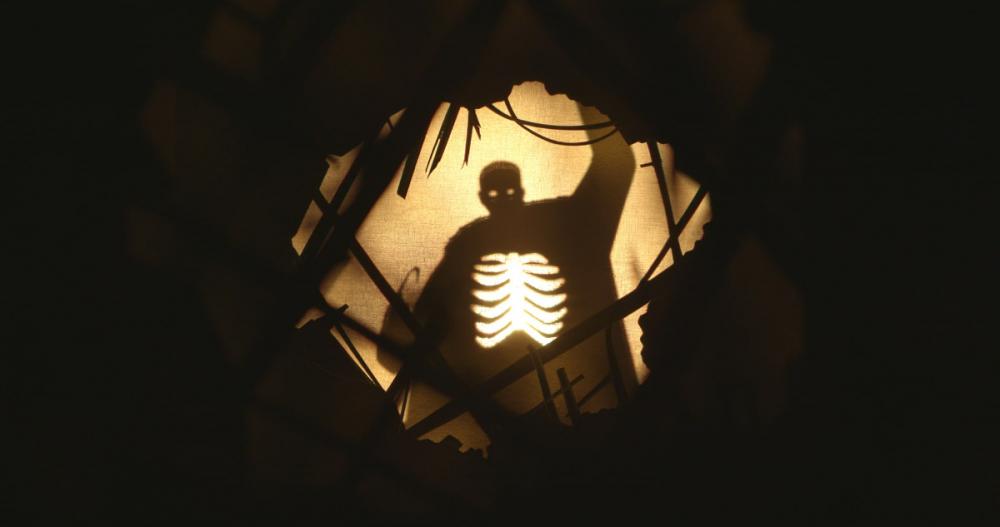 Some films don’t quite manage to stand the test of time but Bernard Rose’s 1992 horror Candyman, based on the Clive Barker short “The Forbidden”, has not only flourished over the decades since but has become even more relevant.

Making a horror icon out of Tony Todd’s Bee-coated hook-handed vengeful and wronged title spirit, the story and character has retained a disturbing and important place in horror history. And now, like David Gordon Green's Halloween before it, director Nia DaCosta’s 2021 Candyman is a sequel to an original classic which excitingly reinvigorates a franchise.

The story sees artist Anthony (Aquaman’s Yahya Abdul-Mateen II) struggling to find the right project in which to express his passions, that is until he rediscovers the local legend of the Candyman and the ’92 case of Helen Lyle (Virginia Madsen in the original film). A brutal word of mouth tale that still lingers in the annals of the now increasingly gentrified Cabrini-Green, and as Anthony delves into the story, he threatens to lose himself in the process and comes face to face with destiny, in its nastiest and cruellest form.

Also produced and co-written by Jordan Peele (Get Out, Us), DaCosta’s film is an incredible aesthetic and thematic triumph. The social commentary of DaCosta, Peele and Win Rosenfeld’s screenplay is sometimes as subtle as a hook to the gut but no less savage or effective for it. This is a movie that holds a blood stained mirror up to the racial rage and pain of worlds past, present and - sadly - more likely than not future.

Candyman is a tale about the shape legends and stories take as they are passed on by generations that follow, and is a mythology-fuelled story of avenging spirits, injustice and the destructiveness of human obsession that comes with pursuing the dark truths of the world for our own gains.

The cast are excellent, as they come to link in unique ways to the original film and this film’s connections and cameos are very well delivered and subtle in a way that does not overshadow this fresh new cast but also effective in a way that will delight fans of old. In particular when it comes to an impactful closing scene. Candyman constantly and intriguingly acts as a compelling expansion of the original lore and has hands down the best and most frightening closing credits in memory. They truly linger…

This effect can actually be said about the film entirely though, as Candyman is among the most beautifully shot (in an almost giallo-like fashion) and scored horror films in recent memory. John Guleserian’s cinematography is engrossing, impressionistic and at times startlingly original, while Robert Aiki Aubrey Lowe’s score is up there with the year’s best music work and be it his take on Philip Glass’ original music or audio all of his own, the images and music blend to create something very powerful indeed.

This artistic return to a horror legend is deep, meaningful and an often hair raising big screen experience. Say his name, I dare you...