Queen’s Speech To Be Held On 11 May

The State Opening of Parliament will take place on Tuesday 11 May. The Queen’s Speech will set out the Government’s agenda for the next session and its plans to build back better from the pandemic and level-up opportunities across the country.

The Queen’s Speech will also confirm the continuation of a number of bills carrying over from this parliamentary year, including the Police, Crime, Sentencing and Courts Bill, the Environment Bill and the Armed Forces Bill. The Government has also already confirmed it will introduce legislation to improve the building safety regulatory regime, reform our asylum system and to repeal the Fixed-term Parliaments Act. 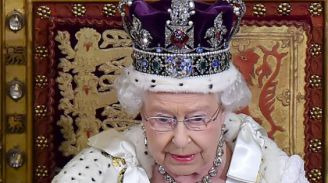 In light of the pandemic it is expected that the State Opening will be adapted, with reduced ceremonial elements and attendees to ensure it is COVID-secure.

The Government, Palace and Parliamentary Authorities, together with Public Health England, are working to develop these plans. The State Opening will involve significantly fewer MPs and peers in attendance, a reduced Royal Procession into the Lords Chamber and no diplomatic or non-parliamentary guests.

As is usual, the current session of Parliament will be prorogued ahead of the Queen’s Speech and this time will be used to enable logistical and security preparations for the State Opening of Parliament. The likely date of prorogation will be confirmed in due course.

A No10 spokesperson said:

"While we are still in the middle of a pandemic this Queen’s Speech will look quite different, but it is important we take forward our plans and deliver policies to improve the lives of people across the country through a new Parliamentary session.

"We are working closely with Public Health England to ensure arrangements are COVID-secure."