Her Majesty The Queen has officially launched the Birmingham 2022 Queen’s Baton Relay in a unique ceremony at Buckingham Palace.

The Queen, accompanied by The Earl of Wessex, attended a special ceremony on the forecourt of the Palace to launch the 16th official Queen’s Baton Relay. They were joined by Batonbearers made up of athletes who will be competing in next year’s Games, young flagbearers from the West Midlands, the Birmingham 2022 Hometown Heroes and representatives from across the Commonwealth.

The Baton was delivered to Buckingham Palace after being carried from Horse Guards Parade and down the Mall by the Birmingham 2022 Hometown Heroes, champions of grassroots sport in the West Midlands, who were accompanied by a Tri-Service military band. One of the Hometown Heroes, Kevin Dillon, a boxing coach from Brierley Hill, brought the Baton to the stage, commencing the start of the ceremony. 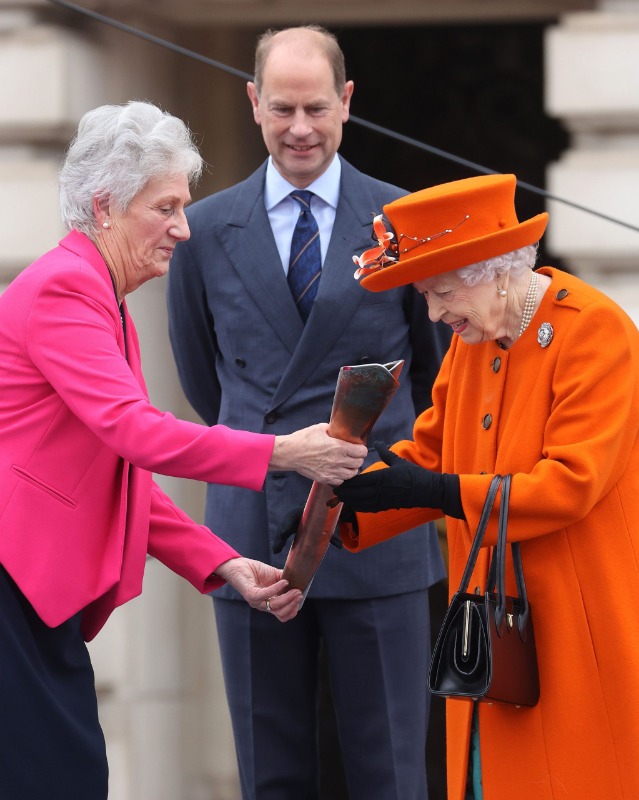 Dame Louise Martin, the Earl of Wessex, and The Queen with The Queen’s Baton
The Queen and The Earl of Wessex, Patron and Vice-Patron of the Commonwealth Games Federation respectively, met the designers and manufacturers of the Baton, which was unveiled in Birmingham last week. The Baton was created in a West Midlands collaboration that fused art, technology, and science. Made from copper, aluminium and steel, the Baton also features a platinum strand in homage to Her Majesty The Queen in her Platinum Jubilee year. It is also equipped with cutting-edge technology; 360 degree-camera, heart rate monitor, atmospheric sensors and LED lighting.

Dame Louise Martin DBE, President of the Commonwealth Games Federation, and The Chairman of the Organising Committee for the Birmingham 2022 Commonwealth Games, Lord Lieutenant of the West Midlands, John Crabtree OBE, also accompanied The Queen in the ceremonial party.

Prime Minister, Boris Johnson said: “We are honoured to host the Commonwealth Games in Birmingham next year, where they will not only be carbon-neutral for the first time, but also feature the largest para-sport programme in their history.

“Birmingham represented the country today as the Queen’s Baton Relay began, connecting the United Kingdom with the 72 nations and territories taking part in the Games.

“2022 will be a year of pride and celebration, and we look forward to welcoming athletes and spectators next year.”
Her Majesty’s message was brought to the stage by Haseebah Abdullah, another Hometown Hero and England’s first hijab-wearing boxing coach. The Queen then placed Her message to the Commonwealth into the Baton, for it to be sealed and locked. The Queen’s message will be read out in full next year at the Birmingham 2022 Opening Ceremony. 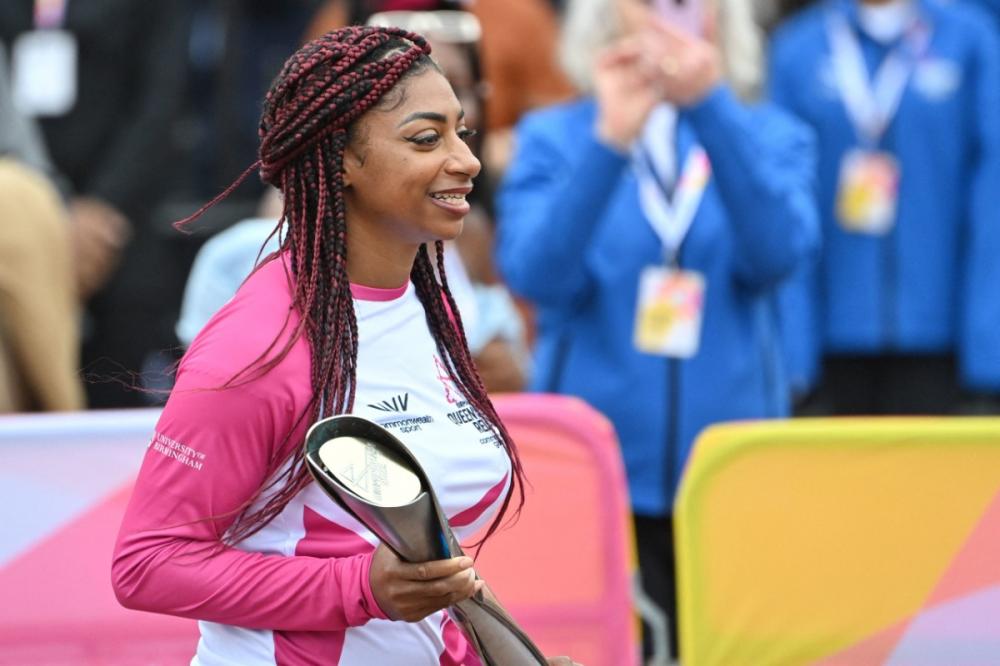 Kadeena Cox was the first batonbearer.
Four-time Paralympic gold medallist, Kadeena Cox, had the honour of being the first Batonbearer to receive the Baton from The Queen, marking the official start of the 16th Queen’s Baton Relay. She then passed it to Team England squash player Declan James and Team Wales boxer Lauren Price who were positioned at The Queen Victoria Memorial. 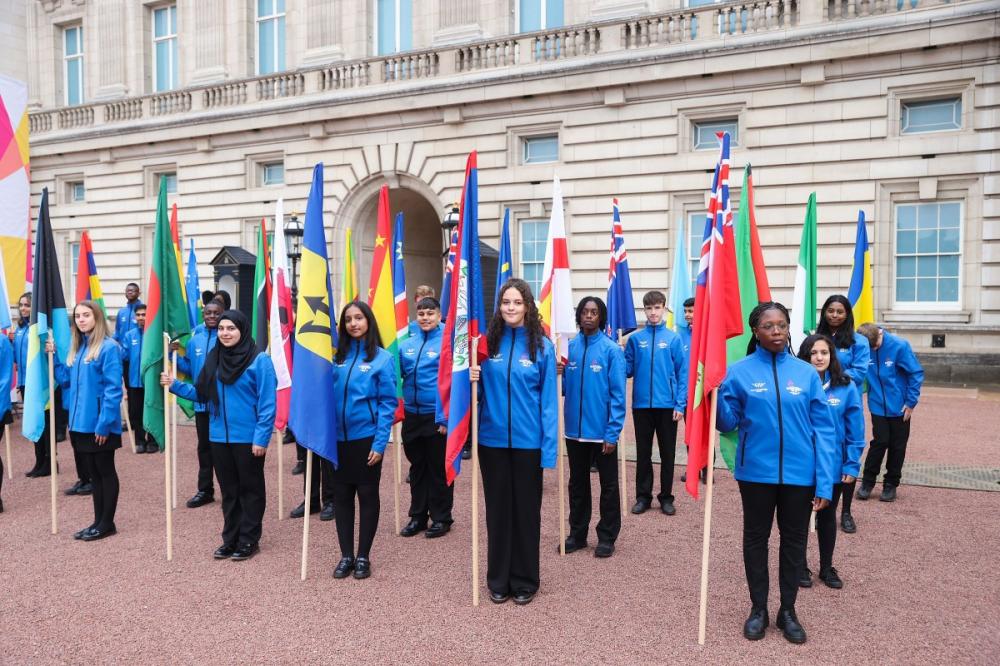 The official Birmingham 2022 mascot, Perry, who wore his bespoke tuxedo instead of his basketball kit for the occasion, was also in good spirits at the ceremony.