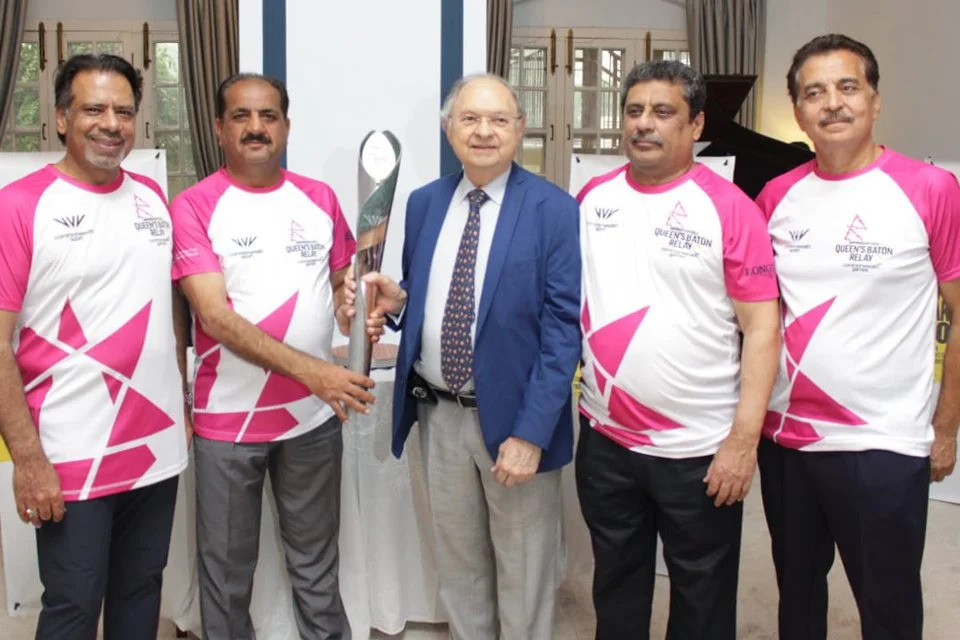 A welcome ceremony was hosted by the Deputy British High Commission, Karachi to officially hand over the Queen’s Baton to the President of the Commonwealth Games Association.

The Baton will be carried by Pakistani squash legend Jahangir Khan, and Muhammad Inam, World Beach Wrestling Champion and Commonwealth Games Gold Medallist. During its time in Pakistan, the Baton will also visit the Madressatul Islam University, Mazaar-e-Quaid, Karachi Grammar School and Moulana Muhammad Ali Johar Park (Kakri Ground) as Batonbearers, athletes, and others share untold stories of striving for change in their communities.


British High Commissioner to Pakistan Christian Turner, said: "Birmingham, the baton’s final destination, has one of the largest Pakistani diaspora in the UK. With the 75th anniversary of our relations and the Commonwealth, this is another important milestone in UK-Pakistan relations.

"The Baton Relay has been an essential part of the Commonwealth Games for over 60 years and celebrates communities from across the Commonwealth during the run up to the Games. It ignites hope, solidarity, and collaboration as it connects communities embracing unique cultures and inspires the next generation of sporting heroes."
More in this series...
The Queen’s Baton Relay Arrives In BangladeshQueen's Baton Relay Launched At Buckingham Palace