Poem Of The Week: 'The Beach Couldn't Be Found' By Katrina Naomi

The Beach Couldn’t Be Found

Under the scorched weed and rubbish, the crows,
the human shit they fed on. The water was so far out,

nothing you’d swim in. Only the dogs sunbathed,
their fleas popping in the heat like corn.

The sea was no colour and there was no path
through the broken things, flies wafting up

and resettling. There could be no way through for us.
The beach didn’t know it was a beach,

didn’t know what was expected, that it had duties
to perform. No one had told it and it hadn’t asked.

The beach was just a place where the land finished.
We were as welcome and unwelcome as anyone. 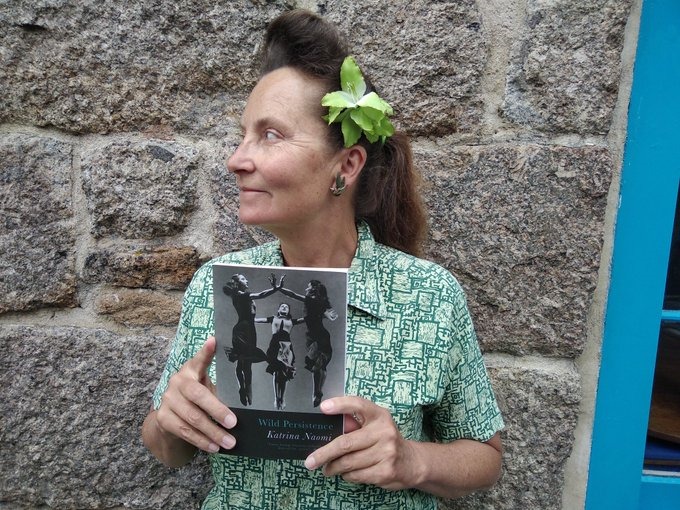 Katrina Naomi
As MPs vote to allow sewage to be pumped directly into our seas and rivers, and COP26 is about to convene in Glasgow, Katrina Naomi's frank depiction of the foetid detritus of a beach is a fitting vision of dystopia.

The strand that no longer recognises its purpose, or the colour of aesthetic possibility invested in it, is drawn in accretions of sterility. Now beyond reach, the sea has given up the ghost, uncovered a wasteland of ‘scorched’ organic materials and garbage, the flotsam and jetsam of the dead and the irreducibly inert.

Naomi picks her way through the rubbish in six threadbare couplets, each more hopeless than the last, and each harder to return from: this landscape is both present and post-apocalyptic, a harrowing tableau of necrotic decline which is a clear, if undeclared, consequence of uncontained globalisation and climate change. The ‘broken things’ nestling amongst the ironic thriving of airborne and body-bound scavengers, anonymise the terrain, reinforce a place of lifelessness, which approximates, by suggestion, to a huge, horizon-bounding landfill, if not to an island of plastic agglomerating in the Pacific.


Also by Steve Whitaker...
Poem Of The Week: 'The Latest Decalogue' By Arthur Hugh Clough (1819-1861)The Collapse Of Politics: Late Capitalist Fascism - Mikkel Bolt RasmussenPoem Of The Week: 'The Drum' By John Scott Of Amwell (1731-1783)A Dream Of String Vests: Ian Duhig – New And Selected PoemsIf Paradise... Andy Fairweather Low & The Low Riders At Settle
A sense of displacement, of unawareness of provenance and direction, is palpable in Naomi’s fine poem, whose detail picks at the bones of decay with forensic acuity: the fleas popping in the heat’ and the wafting and resettling of the flies’ bespeak a teeming rapacity entirely at odds with the vapid objects of their preoccupation.


‘The Beach Couldn’t Be Found’ is taken from Wild Persistence (2020) and is reproduced with the kind permission of Seren.