Poem Of The Week: 'Blood And Lead' By James Fenton 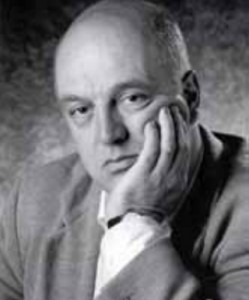 The heart is a drum.
The drum has a snare.
The snare is in the blood.
The blood is in the air.

Listen to what they did.
Listen to what's to come.
Listen to the blood.
Listen to the drum.
James Fenton’s declamatory exhortation in short, forceful rhyming quatrains wears the appearance of a simplicity which is ingeniously betrayed on second and third readings. The sometimes catastrophic distance separating words from deeds is explored in a complex adjustment of phrases and double-meanings, whose strata, in subtly different iterations, layer to create a brute escarpment of propaganda and populist will.


Also by Steve Whitaker...
Poem Of The Week: 'Vanitas Vanitatum' By John Webster (C. 1580 - C. 1632)‘Those Things We Do Not Say’ : All The Beautiful Liars By Sylvia PetterPoem Of The Week: 'The Urine Specimen' By Ted KooserBitter Fruit Ripening: The Kilt Of Many Colours By David BleimanPoem Of The Week: 'Night Garden Of The Asylum' By Elizabeth Jennings
For the hypnotic rhythm of the poem is itself mimetic, describing the relentless march of a political machinery whose arch pronouncements render death and conflict in the seductive jargon of order, clarity and patriotic direction. Fenton’s admonishment plays neatly round the edges of suggestion: the ‘snare’ of the drum and the scent of blood in the air are both cautionary tale and incitement to arms. The relentless drumbeat of blood and lead, of evisceration and murder, makes of the narrator’s crushing sense of inevitability – ‘What was written in blood / Has been set up again’ – an irony of tragic proportions.

James Fenton’s fine poem has a curious contemporary currency – our failure to learn from history was never more conspicuous, or pressing.