Poem Of The Week: 'Bertram' By Nigel Forde

Helped home again and left in the dark
By the cold fireplace, the foxed mirror,
He leans against the mantelpiece and dribbles;
Bellows at headlights that reel a slither of windows
Across the ceiling-spin until the neighbours
Thump another flake of plaster from the walls.

The light has gone on the stairs. The sink
Is larded, the scrap-bucket crawls. A bath tap drips.
There is the smell of dog but the dog has gone.

Another night of hurling photographs and weeping,
Another slump into clammy oblivion
And the taste of heartbreak. Down the road
The Home Service is being cheerful
To comfortable couples fenced with flowered curtains. 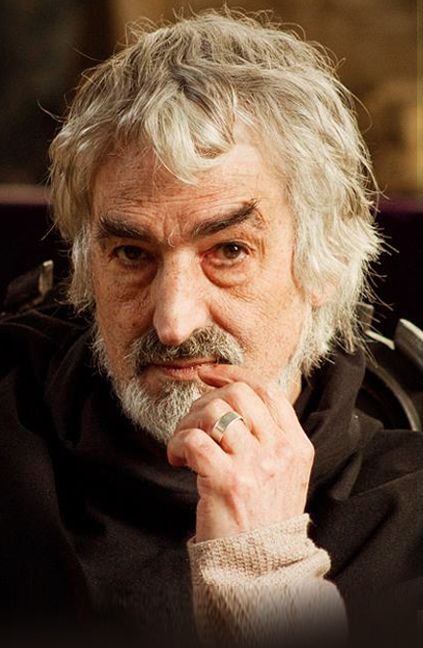 Nigel Forde
The group of poems from which Nigel Forde’s fine meditation on dereliction and loss is taken is called Kinderszenen. The title lets a little light into the interstices of a piece that is deliberately sparing on the admission of explicit context; Kinderszenen is, or was, in Robert Schumann’s thirteen piano works, ‘scenes from childhood’.

From meagre fragments we are obliged to formulate a cohesive picture: is the tableau a culmination of the poet’s early extraneous observations? Is ‘Bertram’ an imagined, behind closed doors, denouement, based on what he knew of the vagaries of a life? One of the poem’s locators - the ‘Home Service’, a Reithian catch-all for the BBC’s ‘wireless’ provision – seems to anchor it in the Fifties, and it is significant that the poet was born in 1944.

Forde’s loose metrical arrangement enables an observer’s moving eye-view of a domicile as bleak as it is unprepossessing, and punctuated by pauses for detail. The washed-out leasehold vacancy of Larkin’s ‘Mr Bleaney’ – another poem that asks as many questions as it resolves – is revisited, here, with tenant in situ. And that tenant, or possibly owner, is probably pissed as he flails around his claustrophobic domain, bubbling with undirected rage against the ghosts of the past, and a singularly unsatisfactory present, whose noisy manifestations bear down on him like subsidence.


Also by Steve Whitaker...
Poem Of The Week: 'That I Could' By Jane ClarkeFlattening The Curve: By Degrees - David TaitStepping Into the Light: Genesis at Leeds ArenaThere Could Be Temples: Still By Christopher MeredithPoem Of The Week: 'One Cigarette' By Edwin Morgan (1920-2010)
Papered over with persuasive metaphors of decline and despondency – the ‘larded’ sink and crawling ‘scrap-bucket’ are the grubby residue of a life past caring – a dark and cold existence limps grudgingly onto the page. Forde’s tone is redolent of a bitterness of the worst, most self-destructive kind. The repeated ‘another’ of the final stanza is an arid reminder of failure and futile recrimination, of love and heartbreak.

The anodyne, self-protecting comforts of elsewhere, are fenced off like gated communities, affording a security of mental tenure as flimsy as the desiderata of retail therapy. None of us are immune – to either frame of mind.


‘Bertram’ is taken from Trace Elements and is reproduced here with the kind permission of Valley Press.