Passport Not Needed: Nothing But Words By Jean Stevens

There is an intimate connection between Jean Stevens’ poetics of physical and psychical wellbeing, and the natural world which both defines and nourishes them. And it doesn’t matter that her sense of the world has been refracted through the light of other streams, because she is no less startled by its wonders than she was when she first encountered them. Those ‘other streams’ rise in the interdependencies of the Romantic view, and Stevens’ is heir to a tradition whose great prescience lay in its propensity for interpreting the landscape as if newly apprehended. Nothing is new by prosaic measure, but all is full to bursting with immanent promise, and the potential for imminent dissolution.

So with this poet, who, in Nothing but Words, finds a mirror to the depredations of age in customary surroundings. Taking on a new patina, the landscape which is so centrally important to her is re-shaped to accommodate and reflect mood and state of mind; cleaving to the blandishments of metaphor may be transformative where the need is most acute.

And that need is existential here: the hills are more than consolatory, they are the image of both love and anxiety. As befits a mind not constrained by a single field of vision, Stevens’ charging of landscape with the ennui of contemplation ranges widely over terrain we recognize, or recognize intuitively. The extrusion of words into being – the connective tissue of communication, the building blocks of all human activity – carries its own burden:

‘but I walk aware of every muscle
and bone, carrying a lifetime’s
freight of words said and regretted,
and the weight of words I should have said

intent on the next
rabbit hole or tussock
watching for the depth
of puddles, the trap of mud
the jagged rocks.’ (‘These days’)

The ‘freight’ of words said and left unsaid is as palpable as a pebble discovered in a boot, and metaphorical reflection yields an equivalence of obstacles where once was natural harmony.

‘The bird village’ moves the conceit along to the Black Sea coast, where language is replaced by whistles across deep, pine-covered gorges, as a testament both to indigenous ingenuity and to the human evolutionary urge to communicate, by whatever means. The poem is a fine evocation of resilience which celebrates a hard-won understanding rising to coherence above a figurative cacophony: 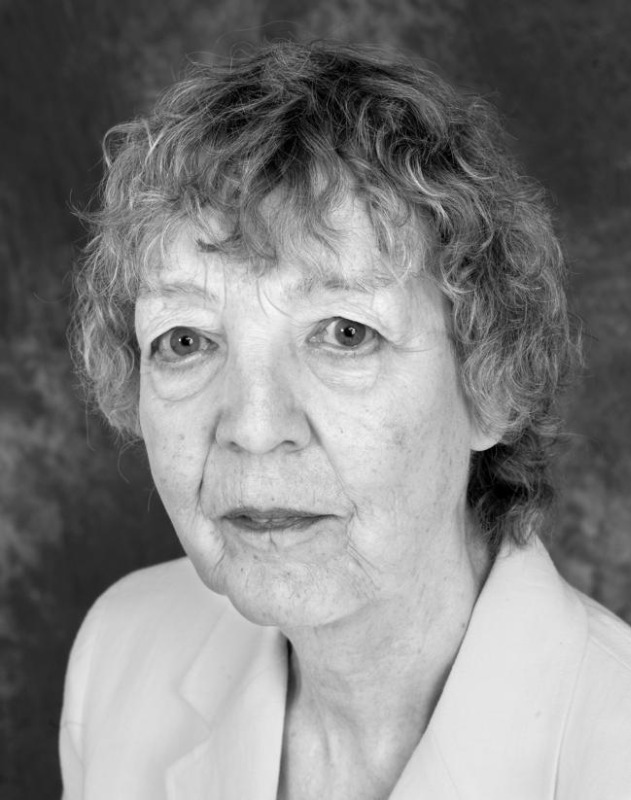 Jean Stevens
Stevens’ identification with a breathtaking diversity of landscapes actuates an unusual facility for suggestion. The threadbare and parched Australian Outback in 'On the way to Kimberley' becomes a metonym for the narrator’s mood; more, a focus for the consideration of linguistic erosion, exposure to the kind of magnificent inarticulacy expressed by Matthew Arnold when confronted by the overwhelming sadness of the tide’s ebb and flow on Dover beach. The great symbol of the ‘treeless, waterless / featureless burning earth’ is reinforced by the drumbeats of negation whose repetition underlines Stevens’ own ‘stuttering’ breath, her final line no less than a preparation for the end, a ‘trial’, an ordeal, perhaps, by fire.

A retreat towards death and silence is embodied in the frighteningly claustrophobic 'What is this place?', an undirected elegy for place and purpose. Awaking as though from a dream of life, lived experience re-emerges in an unrecognizably dystopian form where the remnants and rafters of a condemned world have replaced the ‘river’s beat’ and ‘the clip of horses’, before themselves succumbing to Ozymandian inevitability. The loss of words attendant upon the vacuum in its wake is the loss of all, and the silence, in Larkin’s words, is ‘huge and birdless’.

Some of the hinterlands described in this deeply affecting collection carry a subtextual resemblance to Anselm Kiefer’s pictorial depictions of a razed, postwar German landscape. Open-eyed, often apocalyptic, the paintings enact Theodor Adorno’s widely misunderstood maxim that words are meaningless after Auschwitz because the scale of the Holocaust defies a linguistic examination commensurate with its tragic weight. Kiefer’s art observes the brutalized earth and makes no comment, leaving the viewer to draw inferences from his panoramic canvas wastelands. Jean Stevens’ allows the reader the same scope for reflection, for the making of mental paradigms, and for the shaping of symbols into meaning. Requiems of love and loss, of hindsight and regret, her themes are illuminated by the very words which will one day fail, and they are the more meaningful because they are fleeting.

When ‘the shadows creep over the fields’ and a metaphorical darkness descends, Stevens’ essentially anchor-less metaphysics – ‘this burnt out green’, a universe of ‘God knows what’ bereft of ‘human words’ - is rendered ironic by an occasional drift into redemptive possibility. The poet’s ‘trial’ in 'On the way to Kimberley' may be purgatorial, a cathartic act of renewal where the restoration of language is a condition of re-birth. Or it may not. More often, we are corrected, pulled back to naked reality by the simplicity of lines which tend always towards transcendence, or silence:

‘we have done those things
we ought not to have done

A distillation of regret, 'We waited' stutters to a necessarily monosyllabic conclusion; there is honesty in lines which judge that words are finite in the task of measuring overwhelming grief.

To declare this to be the entirety of Stevens’ intention would be a wilful misreading: there is much of real rhapsodic beauty to relish in her poems. And if there are weaknesses too – there is a tendency to sentimental cliché in places - her work amply overcomes any cavil, showing above all that return journeying need not be a one-way ticket to morbid introspection, but rather a celebration of what it will continue to mean to be human, even beyond us. Where god is absent, the artistry of ourselves is ascendant:

‘There’ll be a poet on every corner who, if you ask, will be your
own minstrel of words.

And, if such is your wish, a cellist shall live in your bones.

If you call upon it to do so, the wall in your room will paint itself
like a Rembrandt or a Turner till it’s time for you to pass it on.

You can have your own impossible mountain, waves high
as the Empire State, your personal South Pole to reach.


Nothing But Words is published by Naked Eye.


Also by Steve Whitaker...
Poem Of The Week: 'Snowdrop' By Ted Hughes'To Travel Hopefully' : Stations Of The Mind'Thick Like Cream; Perfect Like An Egg': Beneath The Trees Of Eden By Tim BindingInto the Light: Sheaf (Digital) Poetry Festival 2020Poem Of The Week: 'Night Rain' By Edward Lucie-Smith