I was very much saddened to hear yesterday of the death of the British rally legend Paddy Hopkirk, aged 89. 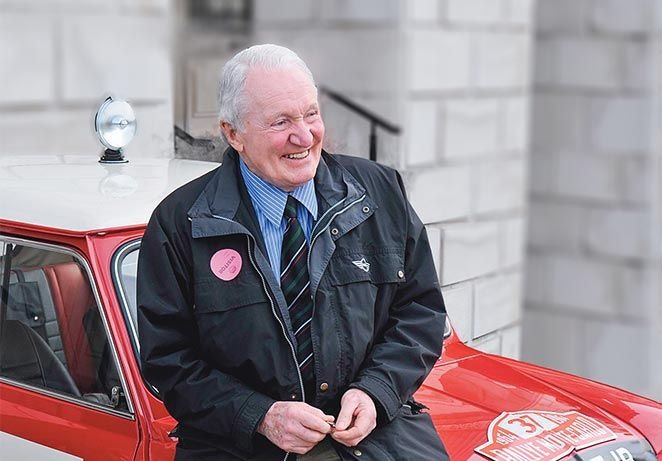 The highly likeable Paddy Hopkirk with one of his famous rally Minis
Born in Belfast, Northern Ireland in 1933 his career in motorsport competition began in 1955 and his first big opportunity came one year later when the Standard Motor Company offered him a factory drive in the influential RAC Rally. Work for the Rootes Group followed before he joined the British Motor Corporation and became synonymous with success in the BMC’s rallying Mini Cooper Ss, soon becoming a household name.

Perhaps his greatest achievement was in winning the 1964 Monte Carlo Rally in a Mini, with Henry Lyndon as his co-driver, and the highly likeable character subsequently featured in the Rally Hall of Fame. In 1967 he became a life member of the prestigious British Racing Drivers Club, which owns Silverstone, and was this august body’s President from 2017 to 2019 before being succeeded by the former Formula 1 driver David Coulthard. I have long been a full member of the UK’s Guild of Motoring Writers and well recall Paddy being presented with the President’s Trophy at the 2019 Awards Ceremony as well as seeing him during British Grand Prix weekends at Silverstone. 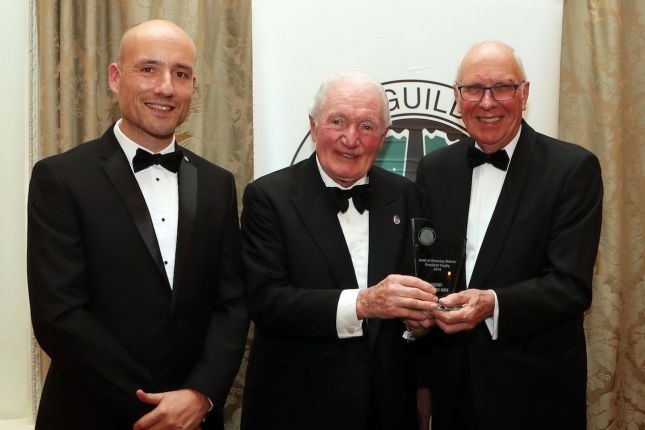 Paddy (centre) being presented in 2019 with the Guild of Motoring Writers President’s Trophy
Paddy is survived by his wife Jennifer, children Katie, Patrick and William as well as six grandchildren and will be sadly missed by all his family and friends as well as all of us who came into contact with him within the motorsport community.
Also by Graham Read...
Oscar ﻿Piastri At Centre Of F1 Contracts RowAlonso To Race For Aston Martin From 2023 OnwardsVerstappen Flies ﻿From 10th To Victory In HungaryFour-Time F1 Champion Vettel To RetireVerstappen On Top In France Ahead Of Mercedes Duo