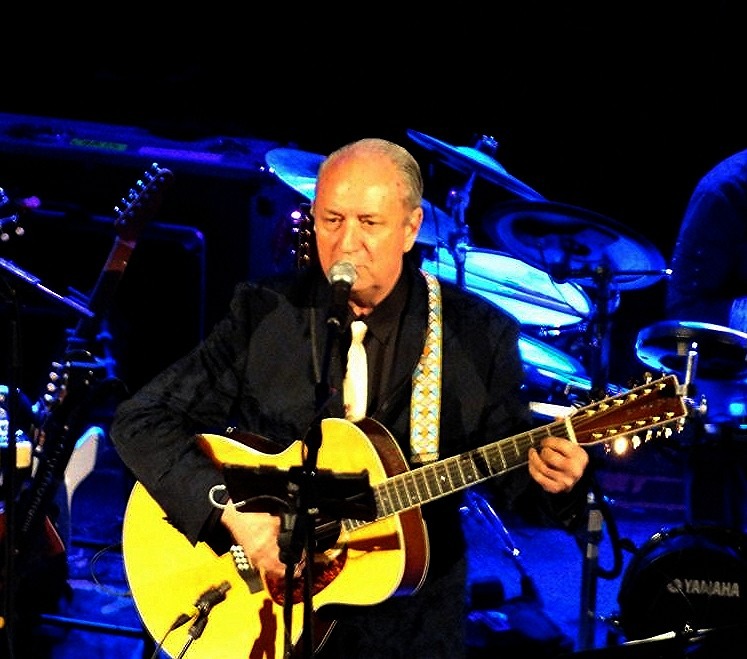 Michael Nesmith: Photo: protestphotos1 / Flickr
Born in 1942, Michael Nesmith joined the US Air Force in 1960 without graduating from high school. While there he earned his GED before being honorably discharged in 1962. His life story up until this point was fairly similar to every other average Joe. However, having been gifted a guitar by step-father during these years, his life was about to become truly extraordinary. Having played in a series of rock and folk bands, he released a handful of solo singles before he won a part in The Monkees following a particularly nonchalant audition in 1965.

This was the moment that would change his life forever. As part of the made-for-television quartet, he not only won his way into the houses of millions around the world, but won over millions of hearts in the process. With many of their early hits reworked versions of his solo releases, he was much more than a manufactured pop star. While The Monkees rode the crest of a wave until their 1970 split, producing hit after hit, the pre-manufactured element of their career took its toll
and the musicians behind the manufactured image felt the need to break free.

Although he returned sporadically to the band that made him a household name, he moved on to a successful solo career and also enjoyed acclaim as a television producer, songwriter and performer.

Having completed his final The Monkees tour with Mickey Dolenz just last month, he passed away from natural causes at home with his family at the age of 78. Dolenz tweeted, "I'm so grateful that we could spend the last couple of months together doing what we loved best - singing, laughing, and doing shtick."
Also by Jeremy Williams-Chalmers...
Cheers! Def Leppard Look Towards GinNew York Singer-Songwriter And Producer Ade Is Back And Talks To Jeremy Williams-ChalmersEXCLUSIVE INTERVIEW: Velazquez, Chats To Jeremy Williams-ChalmersGig Review: Lady Gaga An Artist Who Needs No Introduction.Album Review: Francois Klark Adventure Book