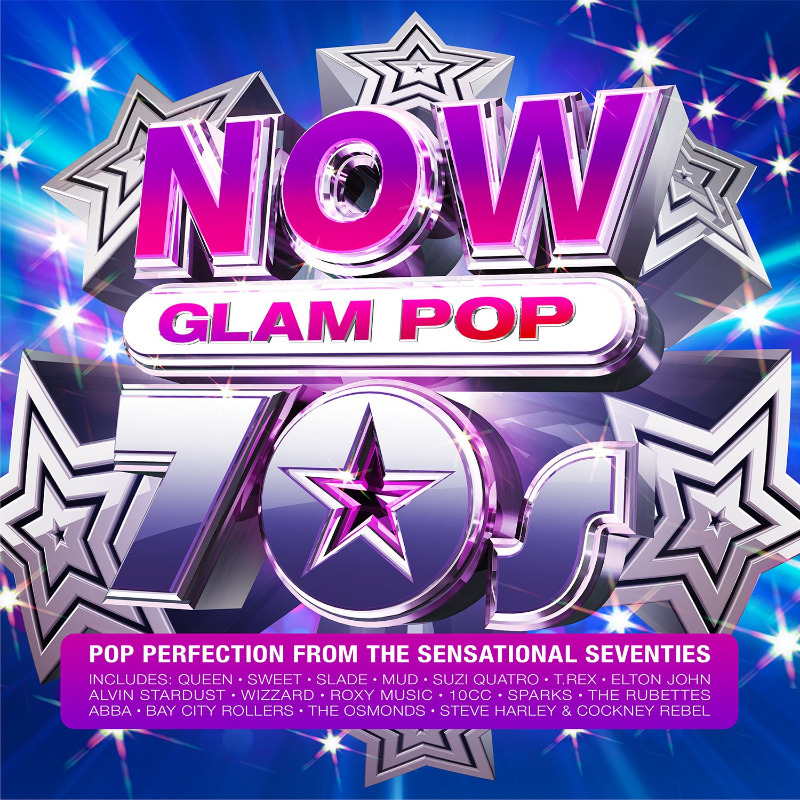 If you were one of the millions who never failed to miss Top of the Pops on a Thursday night in the 70s, then chances are that this four CD compilation really is for you.

Whilst your older brother or sister might have watched The Old Grey Whistle Test instead, if you wanted a bit of glamour or escapism, Glam rock was for you. The music might have been in complete contrast to the union strikes, the power black outs and the unemployment that blighted 70s Britain, but it didn’t matter as you were probably too young to care.

Whilst one of the main instigator’s of Glam rock is missing from the compilation due to his residence at Her Majesty’s Pleasure, Gary Glitter was Glam rock personified. There isn’t even a track from The Glitter Band on the compilation either. More like a case of Goodbye My Love.

The regulars are present such as Sweet with 'Blockbuster' and 'Ballroom Blitz', Wizzard with 'See My Baby Jive' and 'Angel Fingers', T. Rex with '20th Century Boy', Mud with 'Tiger Feet' and Dyna-Mite and Roxy Music with 'Virginia Plain' and 'All I Want is You'.


Also by Graham Clark...
Now Thats What I Call Music 8 Gets A Re-release 35 Years LaterGary Powndland - The New Comedy Star Brings His Sell Out Show To The NorthRyedale Festival Springs Into Life With An On Line EditionGun Announce Tour That Visits Manchester And BradfordThe Deva Fest Arrives Back For Summer
As the compilation plays on the link between Glam rock becomes more tenuous and you begin to understand why they added pop to the album’s title. The New Seekers with their Eurovision Song Contest entry, 'Beg, Steal or Borrow' and Dawn featuring Tony Orlando with 'Tie A Yellow Ribbon Round The Old Oak Tree' is more middle of the road pop than Glam.

By the time David Duncan released 'Jeans On' in 1976 the heat of the summer had almost burnt out Glam rock and Punk was starting to be the new upstart that would stop the status quo (no the Quo themselves do not make an appearance).

There are indeed some iconic tracks that came from the 70s such as 'Waterloo' and 'Honey Honey' by Abba, 'Killer Queen' by Queen, 'Rubber Bullets' by 10cc and 'Bye Bye Baby' from The Bay City Rollers.

Bradford’s very own Smokie appear with 'If You Think You Know How To Love Me' in between David Essex with 'Rock On' and 'Billy Don’t Be A Hero' by Paper Lace.

There are not many compilations where you will get Lou Reed ('Perfect Day') and Barry Blue ('Dancin’ On A Saturday Night') - which really sums up the diversity of the singles charts in the 1970s and this compilation.

As The Pearls conclude the compilation with 'Guilty', the album itself might be a guilty pleasure but if you were there in this decade of innocence, colour and fun (If you watched Top of the Pops) for you this is pop perfection.