New UK Red List For Birds: More Than One In Four Species In Serious Trouble

House Martins - photo Nick Upton (rspb-images.com)
Many of us are familiar with the common birds we see in our gardens and when walking in our local parks and the countryside, but an incredible 245 species of bird regularly occur in the UK. New data published this week, reveals that more than a quarter (29%) of these are in serious trouble.

The latest assessment, Birds of Conservation Concern 5 - published in the Journal British Birds – shows that 70 species are now of ‘highest conservation concern’. The newly revised Red List now includes familiar species such as Swifts and House Martins for the first time. 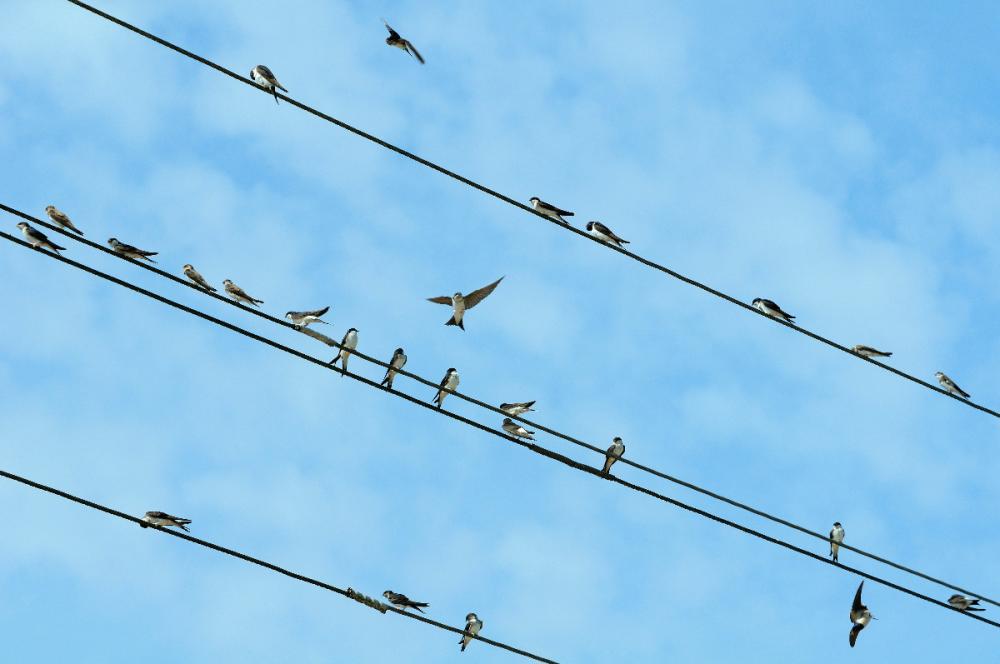 House Martins - photo Nick Upton (rspb-images.com)
Swifts and House Martins, which often rely on man-made structures for nesting sites, have moved from Amber to the Red List due to an alarming drop in their population size (58% since 1995 and 57% since 1969 respectively). These birds now join other iconic species, such as the Cuckoo, Turtle Dove and Nightingale on the UK’s Red List. Most of the species placed on the Red List because of their severe declines, having halved in numbers or range in the UK in recent decades. Others remain well below historical levels or are considered under threat of global extinction.


“This is more evidence that the UK’s wildlife is in freefall and not enough is being done to reverse declines
The report is compiled by a coalition of the UK’s leading bird conservation and monitoring organisations and updates the status of all regularly occurring birds in the UK, Channel Islands and Isle of Man. Many of the species included are migratory and the report helps conservationists to identify issues that require us to work together, internationally, to halt the global declines of some of our most threatened bird species, both at home and abroad.

Previous reports have highlighted the increasing struggle for survival of some farmland, woodland and upland species. The new report adds more upland and farmland species to the Red List, including Montagu’s Harrier and the more familiar Greenfinch, which has moved directly from the Green to the Red List after a population crash associated with trichomonosis, a parasite-induced disease which prevents the birds from feeding efficiently (-62% since 1993). Many other garden favourites also feature on the UK Red List, including Starling, House Sparrow, and now Swift.


White-tailed Eagle - photo Ben Andrew (rspb-images.com)
In 2019, the State of Nature report highlighted the increasing threats that native wildlife faces across England, with changes to the way land is managed (particularly farmland which makes up 75% of the UK’s land area), climate change, urbanisation and pollution all contributing to bird, insect, mammal and other species declines. The 2021 Birds of Conservation Concern assessment does contain some good news and demonstrates that conservation action can make a real difference.

Many birds of prey, including Red Kite, Marsh Harrier and, from this assessment, the White-tailed Eagle, have been helped off of the Red List as a result of decades of dedicated conservation work, including reintroductions and increased protections for birds of prey.


The RSPB’s CEO, Beccy Speight said:
“This is more evidence that the UK’s wildlife is in freefall and not enough is being done to reverse declines. With almost double the number of birds on the Red List since the first review in 1996, we are seeing once common species such as Swift and Greenfinch now becoming rare. As with our climate this really is the last chance saloon to halt and reverse the destruction of nature. We often know what action we need to take to change the situation, but we need to do much more, rapidly and at scale. The coming decade is crucial to turning things around.”

Nightingale - photo by John Bridges (rspb-images.com)
Conservation techniques developed to protect other former Red List species also continue to keep birds like Stone-curlew, Woodlark, Nightjar and Bittern from returning to the Red List, showing that targeted conservation action continues to be a vital lifeline protecting our most at-risk species.

The report itself relies on the countless hours contributed by volunteers, as the nation’s nature enthusiasts undertake rigorous surveys, co-ordinated by professional researchers and conservation organisations across the country.