New Defender Does Battle With The Elements

How do you reinvent an icon? This is something that has vexed the good folk at Land Rover for many a year. The much-loved old version had clearly reached the end of its life, though good examples will be sought after for ever and a day. 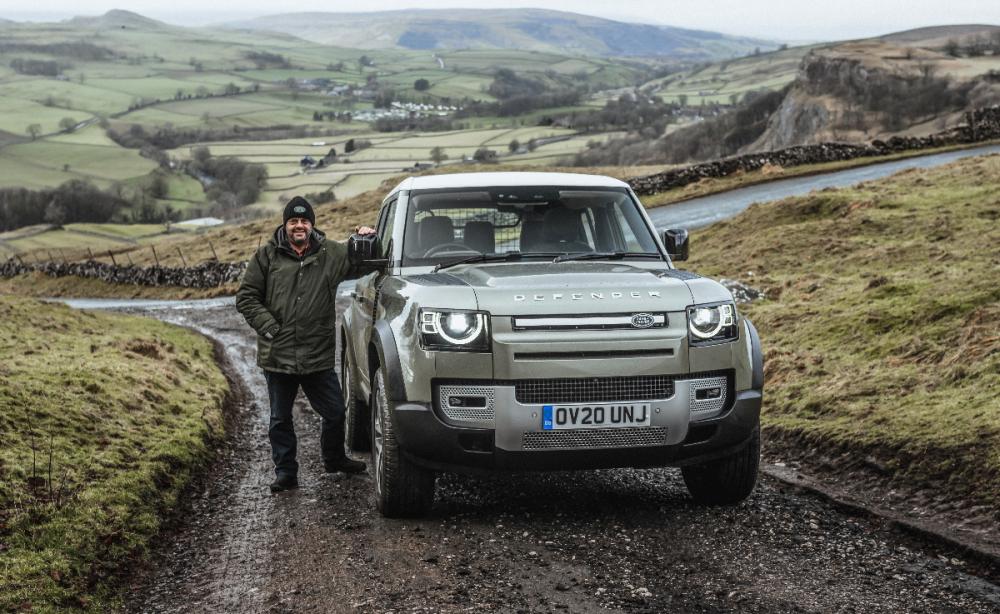 A vehicle with global appeal was clearly required, something far more modern, yet just as capable in extreme off-road conditions. Most will tackle nothing more challenging than a muddy field or a snow-covered driveway and then there are the challenging kerbs outside Waitrose to contend with.

Land Rover unveiled the new Defender at the last Frankfurt Motor Show, and I was there to see the covers come off. Undoubtedly the star attraction, the general consensus was that chief designer Gerry McGovern had done a good job. 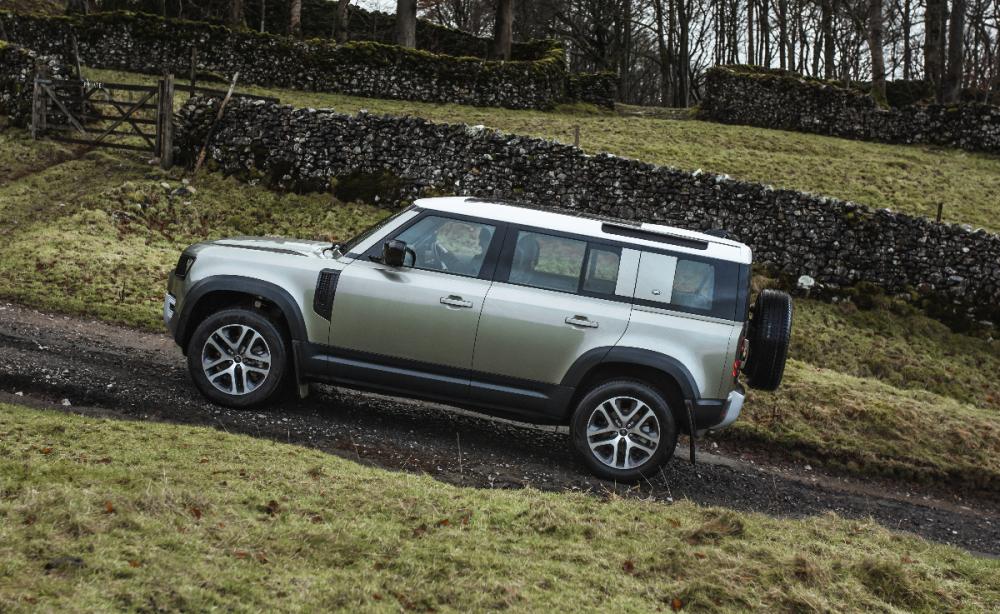 The old Defender was unstoppable off road, but let’s just say it was less adept at dealing with the cut and thrust of everyday driving. I drove many and owned a Series 2a, so I speak from experience…

My week behind the wheel saw violent extremes of weather. Major flooding made many of my local routes almost impassable, but raising the suspension allowed me to proceed with caution. 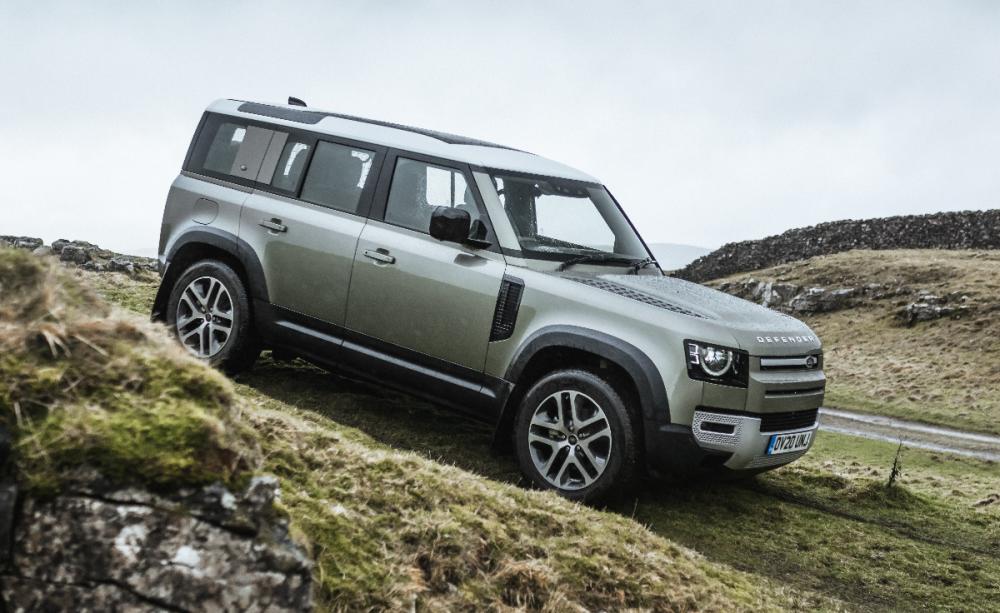 Within 24 hours the county was turned into a winter wonderland, with below freezing daytime temperatures and a decent covering of snow. Even without engaging the Defender’s snow mode, traction was not a problem and once again it was easy to move around. I would mention that the test car’s smart 20-inch alloy wheels were shod with general road going tyres, with more aggressive rubber available if required.

All the current Land Rover range are extremely capable off road. With such heritage, it came as no surprise to find the Defender to be extremely capable in the rough stuff too. I tackled a couple of fairly challenging green lanes and other than raising the suspension, I had no need to trouble the different settings available in the
Terrain Response system. 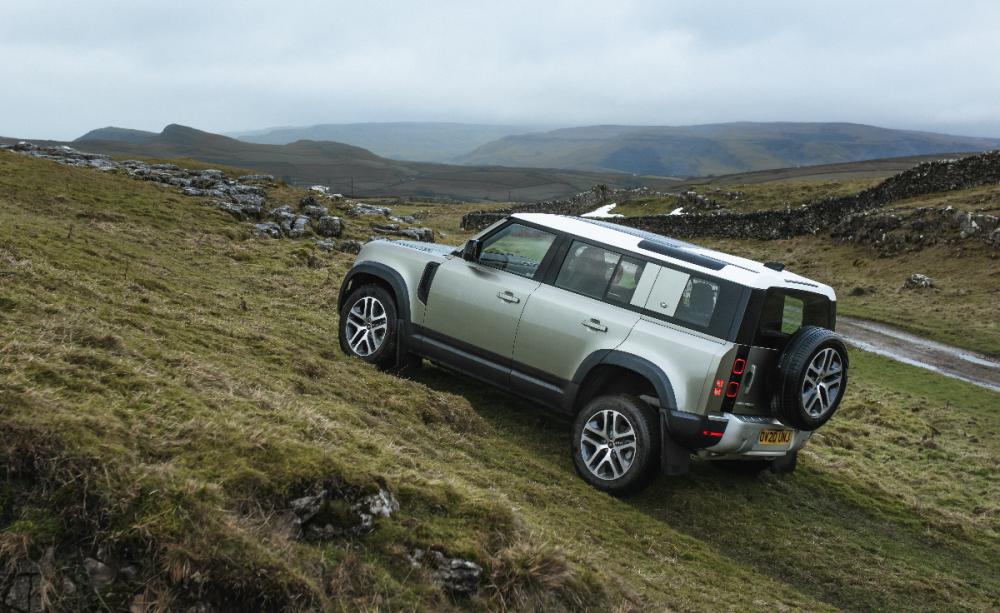 I was left with the feeling that you would have to be an extreme clot to get a Defender stuck, no matter what the terrain. Ultimately the car’s girth is likely to be the only barrier to exploring the narrowest of tracks.

Back on terra firma, I can report that high-speed cruising was pleasantly hushed, the ride yielding yet not to the detriment of cornering prowess. Chuck the new Defender at a series of challenging bends and it copes admirably, almost defying its blunt shape and high centre of gravity. The steering is nicely weighted too.

Performance from the powerful diesel engine is suitably brisk and it works well in conjunction with the smooth eight-speed automatic gearbox. There is no manual option – it will not be missed.

In long-wheelbase form, the Defender boasts acres of space for five large adults with plenty of boot space for their chattels. There is the option of two extra seats, useful for younger passengers. Those wishing to carry seven adults should still default to the Discovery.

Whilst not exactly a hose out interior, a good rub down with a sponge is appropriate if you’ve got mud everywhere. Wipe clean plastics, rubber floor mats etc…
The test car was fitted with the ‘Country Pack’ which amongst other things includes a 6.5-litre portable rinse system with hose and shower attachment. Great for washing down muddy boots or a dirty mountain bike.

The Toyota Land Cruiser is probably the most obvious choice here. Reliable enough for the harshest environments and with an excellent reputation for reliability. Not the most exciting 4x4 to drive, but dependability is the watchword.

Mercedes-Benz offers the G-Class, recently in receipt of a much-needed makeover. An awesome off-road vehicle, I am told it is now better behaved on the tarmac. Expensive though…

Land Rover’s own Discovery is likely to be on a buyer’s radar too and I can see many current Disco owners choosing a Defender when they come to change. There is always a certain cachet to driving a newly introduced car. Interestingly, I am reliably informed that the new Defender is outselling the Discovery by four to one. 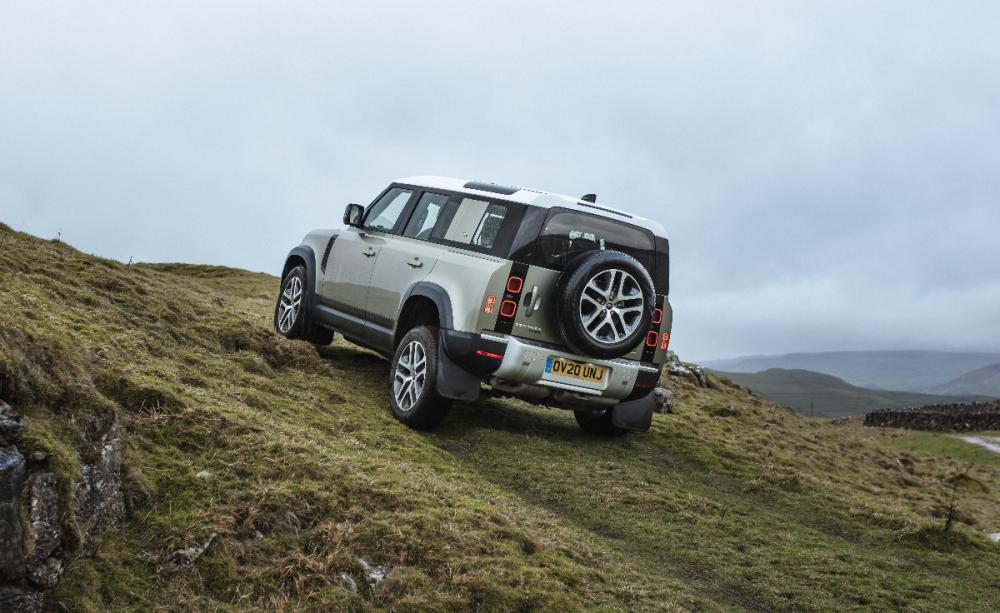 The new Defender strikes the right note and manages to be bang up to date, yet with a definite nod to what has gone before. Clearly now aiming at an affluent clientele who lead an active life, it looks set to please and is surely now the 4x4 to be seen in.

Immensely capable off road, refined and comfortable on it, the future looks bright for a full order book.

Photography – All pictures by Will Larmour
Email: route65photo@gmail.com