New Albums To Look Forward To In 2022

Usually the first few months of the New Year are quite barren in terms of new album releases but 2022 looks set to buck that trend with a plethora of new albums to come.

First up is Leeds band Yard Act releasing their debut album Overload on January 7, the post-punk band are tipped to be the next big act to break through. The four piece have already sold out most of their spring tour.

Years & Years these days is just the moniker for Olly Alexander. The new album Night Calls is also released on January 7. Previewed already with the singles Crave, Starstruck and Sweet Talker the album has been inspired by the clubbing scene so expect some uptempo tracks that will banish away any winter blues.


Olly Alexander
Elvis Costello and The Imposters return, fresh from their Royal Variety Performance with the new album The Boy Named If on January 14, whilst The Lumineers release Brightside on the same day.

Bradford act Bad Boy Chiller Crew release their debut album Disrespectful on 21st January. The Boys have two nights sold out already at the 02 Academy in Leeds in April.

Canadian rockers Billy Talent release Crisis of Faith on the same day. In the past the group have given some of the best performances of the weekend at the Leeds Festival.

Bastille is playing some intimate shows to coincide with the release of the new album Give Me The Future. Released on February 4, the album also includes a spoken-word interlude narrated by British actor and rapper Riz Ahmed entitled Promises.

Barnsley heavy metal act Saxon return on February 4 with Carpe Diem. Kicking up dust in no uncertain terms the group deliver a thunderous blast that shows the Heavy Metal legends are back and show absolutely no sign of slowing down. 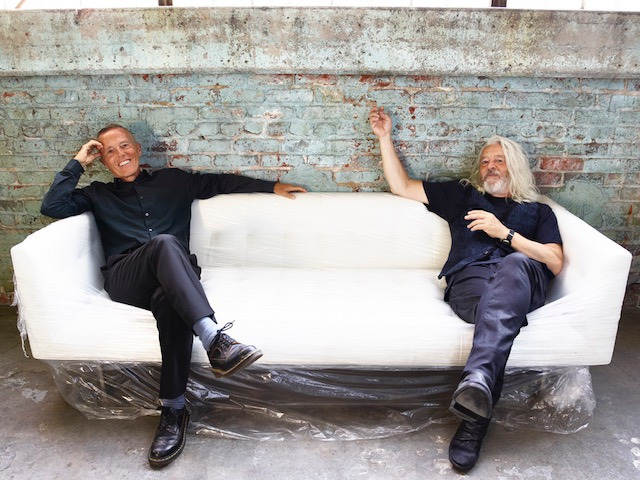 Tears for Fears
Eighties act Tears For Fears are back after a long absence with The Tipping appoint on February 25. Hopefully the album will contain tracks that are as good as Shout, Sowing The Seeds of Love and Everybody Wants To Rule The World.

On March 4 Marillion is back with the album An Hour Before It’s Dark. Lead singer Steve “h” Hogarth commented: “Despite the seemingly bleak contemplations across this album – the virus, our mortality, medical science, care, and Leonard Cohen (ha ha) – the overall feeling of the music is surprisingly upbeat. The band are as on form as they ever were really, and the addition of Choir Noir has added another new soul and colour to things.”

On the same day Welsh act Stereophonics deliver the surprisingly titled Oochya! The album has been described by singer and guitarist Kelly Jones as ”90% uptempo”

Bryan Adams has already released two singles off his new album, So Happy It Hurts. Released on March 11. This will be his fifteenth release and include twelve new songs.

Fresh from their triumphant headline appearance at the inaugural Gateways Festival in Skipton last summer, Feeder release their new album Torpedo on 18 March.

Charli XCX says that her new album Crash released on March 18 will feature Christine and the Queens and Caroline Polachek on the single New Shapes.

If the rest of 2022 is as exciting for new music it looks like it could be a vintage year for album releases.