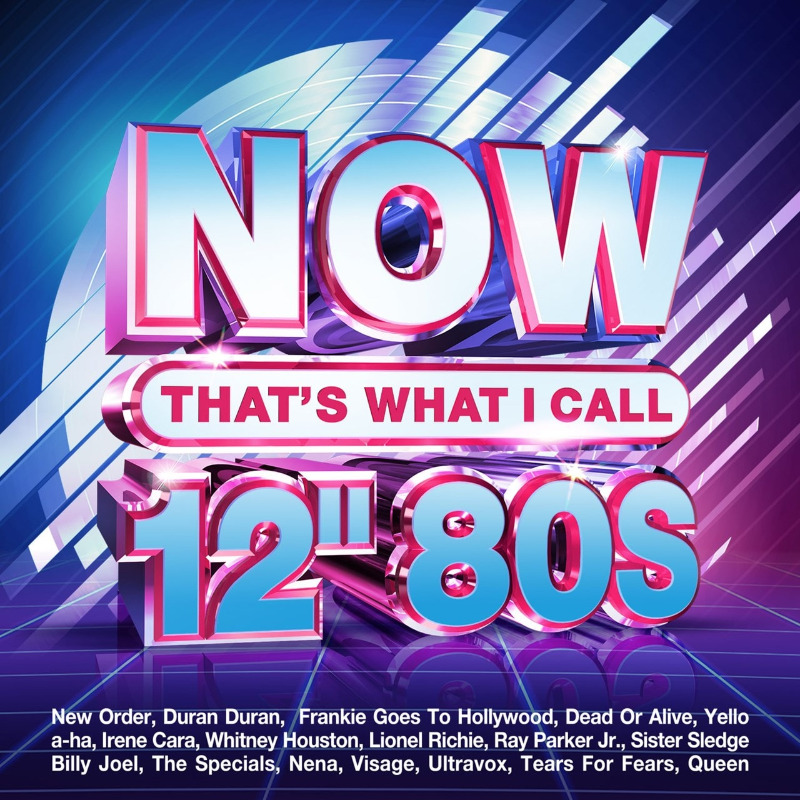 In this age of streaming and downloads it is hard to remember that 30 years ago you could go into your local record shop and buy an extended version of your favourite current chart hit, on what looked to be an album sized vinyl record.

That was known rather descriptively as the 12" and was another way for record companies to sell you the same track you had already bought on 7” vinyl.

Sadly the extended 12" versions didn’t add much to the original, unless the track was remixed. Of course there were plenty of mediocre groups around in the 1980’s, although why would you want an extended version of something that was not good in the first place is beyond me.

The 4 CD set of recreations of 1980s 12" releases, called, rather prosaically "Now That's What I Call 12" 80s" has a mixed bag of tracks. Some of the extended versions have dated badly, others have faired a lot better.

Queen come off well with an extended version of Radio GaGa whilst the Carnage mix of Two Tribes from Frankie Goes To Hollywood could arguably be as good if not better than the original.

Love In The First Degree by Bananarama along with You Spin Me Round (Like A Record) by Dead or Alive were both produced by Stock/Aitken/Waterman. Both acts were going through a bad patch until the production trio took their careers into orbit.

Never Ending Story from Limahl is meant to be a dance mix on here, but you would be hard pressed to know the difference from the original. The track gave Limahl his biggest hit after leaving Kajagoogoo.


Also by Graham Clark...
Mark Knight - Untold BusinessThe Courteeners Announce Surprise Scarborough ShowThe Old Bank - Cross Hills New Bar And Restaurant - A New Asset Which Might Interest YouKendal Calling 2021 Is CancelledInterview With Rick Witter From Shed Seven
The definitive 12” mix of the early 80’s was Blue Monday from New Order. The track was one of the best selling 12” singles of 1983 and beyond. The track is a fine way to start off the second CD, still sounding as good as it did on sound systems back then.

Mixes such as Love’s Great Adventure by Ultravox along with Duel by Propaganda sound quite dated and very much of their time.

CD3 has some of the iconic tracks that 80’s radio stations seem to play every day such as Flashdance ... What A Feeling by Irene Cara, I Wanna Dance With Somebody (Who Loves Me) from Whitney Houston and Caribbean Queen (No More Love On The Run) from Billy Ocean.

There will not be many 80’s fans who remember High Life by Modern Romance, where the song and production sounded like everyone else at the time.

Spandau Ballet surprised everyone when they went down the funky soul route with Chant No.1 (I Don’t Need This Pressure On) which at the time was a complete change of musical direction for the British band. The song itself is one of the best of CD4.

Nick Kamen’s death was recently announced and his big hit that Madonna offered him to sing, Each Time You Break My Heart is featured here.

Other notable tracks include Hand Held In Black And White (Dollar), The Riddle (Nik Kershaw) and Moonlight Shadow (Mike Oldfield) which are probably still on a cassette that you recorded when the record companies told you that “home taping is killing music”.

Little did they know about the arrival of the MP3 and how easily that could be replicated!

I rate the compilation 4 out of 5.