My Dad Is Bigger Than Your Dad

It sometimes seems as though the higher up in government people get, the more untruths they tell. I believe the technical term for this is a liararchy.

Boris Johnson was at it again this week. Pressed to apologise for his suggestion that care home workers were responsible for Covid-19 deaths because “they didn’t really follow the procedures”, Johnson responded by stating that he hadn’t in fact said the things that everyone had heard him say the day before. “I take full responsibility for what has happened,” added the man who won’t even take responsibility for some of his children.

Johnson went on to refer to the leader of the opposition, Sir Keir Starmer, as “Captain Hindsight”. Johnson of course outranks Starmer as Major Oversight.

Meanwhile, Johnson is in turn apparently outranked by Dominic Cummings, and I, for one, welcome our new unelected, unaccountable overlord. It has been reported that Johnson’s Chief Adviser is now arranging to inspect top secret military sites. I can’t help feeling that “adviser” used to mean something else. Anyway, I hope he gets his eyes thoroughly checked before he inspects anything important. Cummings has also been warning that a “hard rain’s gonna fall” on the civil service. It’s funny, I never had him down as a Bob Dylan fan — I’d have thought Lighthouse Family or M People were more his kind of thing — but then again, he did seem to have the Sub-Durhamian Homesick Blues a few weeks ago. Wasn’t that one on Dylan’s Highway A1(M) Revisited album?

At least we’ve now given up the pretence that anyone other than Cummings is in charge: we’ve gone from a democracy to a Domocracy in a very short period of time. 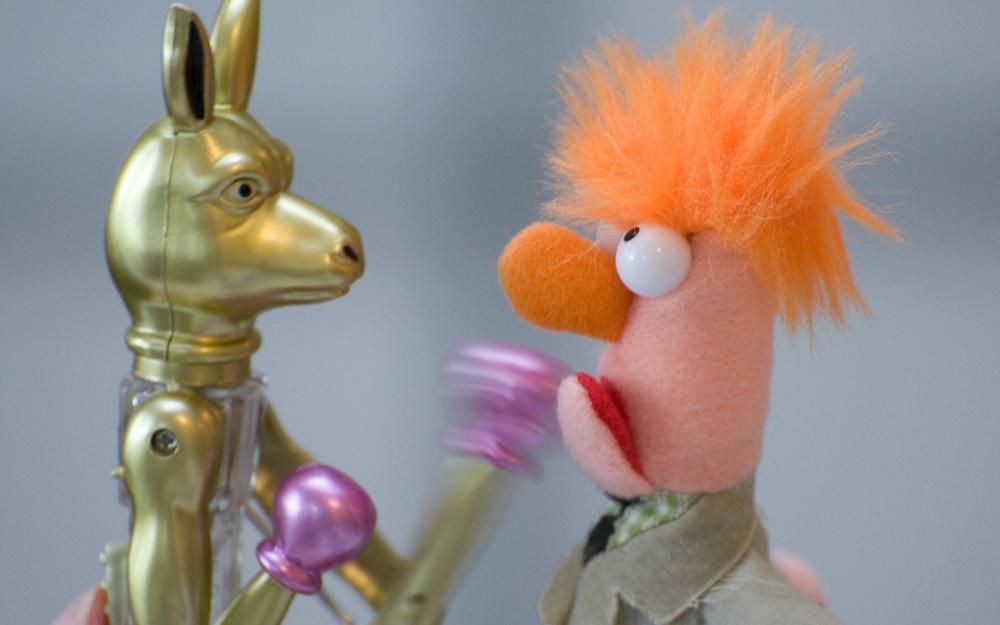 Photo by Frank Busch on Unsplash
Tory MP Mark Francois certainly seems pleased that Cummings is the boss. During a defence committee hearing earlier this week, he used a visit from the “adviser" to threaten General Sir Nick Carter, the chief of the Defence Staff: “Cummings is going to come down there and sort you out his own way, and you won’t like it,” he said. “And my dad is bigger than your dad,” he didn’t add.

Meanwhile, the Intelligence Committee is reportedly going to be chaired by Chris Grayling. I must admit, I never thought I’d see Grayling and intelligence in the same sentence. I think that’s what you’d call an oxymoron, with the emphasis very much on moron. He is the man, after all, who famously awarded a £100m ferry contract to a company with no ferries, and which plagiarised its terms and conditions from a pizza delivery company. In our supposedly meritocratic country, it still hasn’t stopped him from Grayling upwards.

As the lockdown eases further, the Culture Secretary, Oliver Dowden, made an appearance at a hastily arranged press conference to beg us all to save the economy. “I’m really urging people to get out there and to play their part,” he said. “Buy the tickets for outdoor plays and musical recitals.” It’s good to know he’s in touch with popular culture. Is Stormzy doing any recitals soon? “It’s over to all of you,” he added, “to help the country recover safely.” Er, thanks Oliver. So now the government’s given up, it’s our responsibility, is it? Just remember as you head back out to work, or to the gym, or to a restaurant, that the Conservatives have cancelled their party conference as they don’t think it’s safe to go ahead.


Also by Roger Winterbottom...
Blue Öyster Cult - The Symbol Remains (Frontiers Music)In Search Of The NorthDon't Dream It's DoverReview: Runaway's River By Kevin WoodThe Algorithm Method
Dowden proceeded to unveil the government’s latest slogan: “It’s time to eat out to help out!” Hmm. I’m guessing no one ran that past an adult – or a dictionary of slang at least – before it was wheeled out. Do we have to go downtown? Is it a box lunch? I do hope we get good service. Will Johnson be involved too?

Here’s a better one for you, Oliver: “Show some bonhomie, for the sake of the economy!” You can have that one for free (Monday to Wednesday only. Minimum spend applies).

I was actually surprised by the length of the slogan, since it had seemed the government were switching to single words, having decided that the usual three words were too complex for most people. So it was we had Boris Johnson declaring that the government was focusing on “Jobs jobs jobs” and that they were going to “Build build build”. This message was brought to you by the party that pledged in 2015 to build two hundred thousand new starter homes by 2020 and has so far managed to build, er, let me see what the National Audit Office says…none none none.

In royal news, after Ghislaine Maxwell was finally arrested for her alleged part in Jeffrey Epstein’s crimes, Prince Andrew was said to be “bewildered” that the FBI seemed to think he wasn’t being helpful with the investigation. Whether he was bewitched wasn’t reported; but he certainly doesn’t seem to be bothered about any of the victims. Maxwell’s occupation is always reported to be a “socialite”. Apparently this means assisting men with introductions. One friend of hers commented: “You have to remember that all of these men are highly intelligent, ambitious but with few social skills and no entrance into society whatsoever.” Sorry, are we still talking about Prince Andrew?

Moving swiftly from socialite to socialist, and Keir Starmer has sacked his erstwhile rival for the Labour leadership, Rebecca Long-Bailey, from the front bench, after she tweeted an article containing an anti-semitic trope. Many on the left of the party insisted that he had been looking for an excuse to sack her all along. If so, I guess he simply had to give her enough trope.