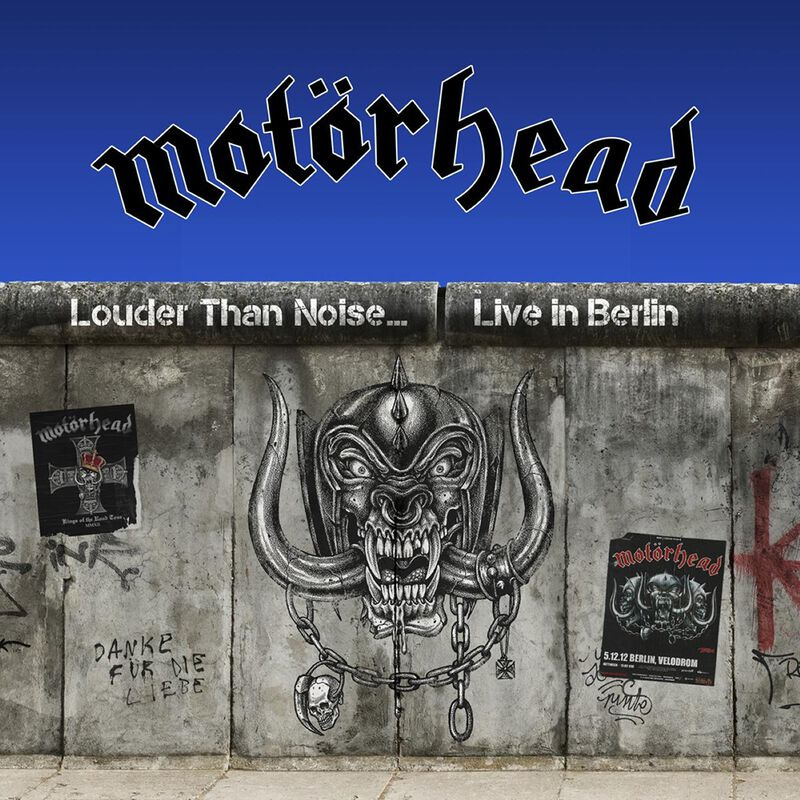 Motörhead were unquestionably one of the loudest rock bands ever. As bass player and singer Ian “Lemmy” Kilmister strode on stage the fans were always ready to answer his opening question “Are you ready for some Rock’n’ Roll?”

After the first few numbers it was always customary for another inevitable question - “Is it loud enough for you?” Of course the answer shouted back in unison was always a resounding “No” to which Lemmy replied to the sound technician “Turn It Up!”

Turn it up they did - I once saw the band at King George’s Hall in Blackburn and had to take a phone call. "It sounds like you are still in the venue, I can hear every word they are singing” said the caller. I was actually stood outside on the pavement.

Another time I saw the band when they toured with Alice Cooper, the idea being that it was a joint headlining tour and they would rotate who headlined each night. The Manchester date I experienced had Alice Cooper coming on first.

How do you better Motörhead in terms of loudness? Easy - turn it up even more - and Alice did. My whole body shook and vibrated as did my denims, we had to go outside to the foyer just like many of the other fans did - School’s Out maybe but so were most of Cooper’s audience - out in the foyer that night.

Motörhead came on as loud as ever though I’m sure they turned it up even louder than usual sounding ear shattering even with ear plugs worn.

Now comes this live album recorded in Berlin in 2012 in front of 12,000 fans. Of course any self respecting Motörhead fan would ask how can you top the classic live album from 1981 “No Sleep To Hammersmith” album?


Also by Graham Clark...
Sefton Park Is To Play Host To A Brand New Music Festival As Part Of The National Events Research Programme (ERP)The Return Of Newton Faulkner With New Album And TourWolf Alice Look Forward To The Weekend With New AlbumFood And Music Is On The Menu At CrEATe As Part Of Leeds Food FestivalNow Thats What I Call Music 8 Gets A Re-release 35 Years Later
That album had the original classic line up whereas this new live album comes 31 years after with 2 new band members - guitarist Phil Campbell and drummer Mikkey Dee, who Lemmy always introduced as “the best drummer in the world”.

If you saw the band live on this “Kings of the road tour” you will recall how they were still at the top of their game and quite possibly they might just top that classic 1981 album.

Across favourites such as Metropolis, Over The Top - an apt way to sum up the band, Killed By Death (Lemmy died in December 2015, 4 days after his 70th birthday), through to Overkill and their trademark song Ace of Spades are all here.

Played with boisterous charm, as dirty, loud and dangerous as they were, this is the sound that many have tried to replicate but failed.

The band last played as a trio in 2015. Lemmy even has a stage named at the Download festival the year after his death, such was his legendary status in the rock world.

Released as a CD album with bonus DVD, double black vinyl and a boxed set, this is sadly the only way now to witness the power and the glory that was Motörhead.

Just remember to turn it up loud, though most fans probably will have to if their hearing is not what it used to be due to too many Motörhead gigs!