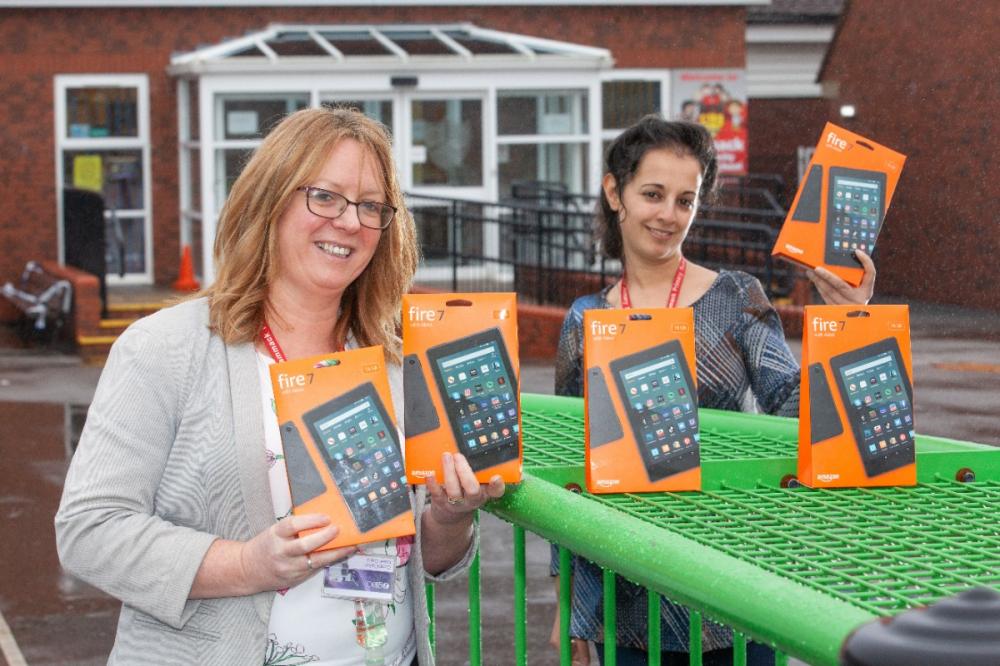 (L-R)Paula Duckworth, Headteacher and Nosheen Majid, deputy Headteacher.
Local housebuilder Miller Homes, is supporting Lammack primary school in Blackburn with a donation of Amazon Fire tablets to assist pupils whilst they continue with homeworking. Just a stones throw away from Miller Homes’ Millrose development, the housebuilder has frequently supported the school since beginning work on the site.

Lammack primary school students have been working at home with the exception of children of key workers, since the third England-wide lockdown was put in place from 4thJanuary. Passionate about supporting the communities where they build, Miller Homes wishes to play a part in supporting the children with technology to help home learning as easy as possible for them.


Debbie Vivis
The Amazon Fire tablets were delivered to the school this week and will be distributed to the pupils who need them the most during this period.
Recently, the housebuilder teamed up with the local school again to ask students to design their show home. The three winning children of the competition were awarded with prizes, and their entries are hanging proud in the Millrose sales centre, which is located on Lammack Road in Blackburn. 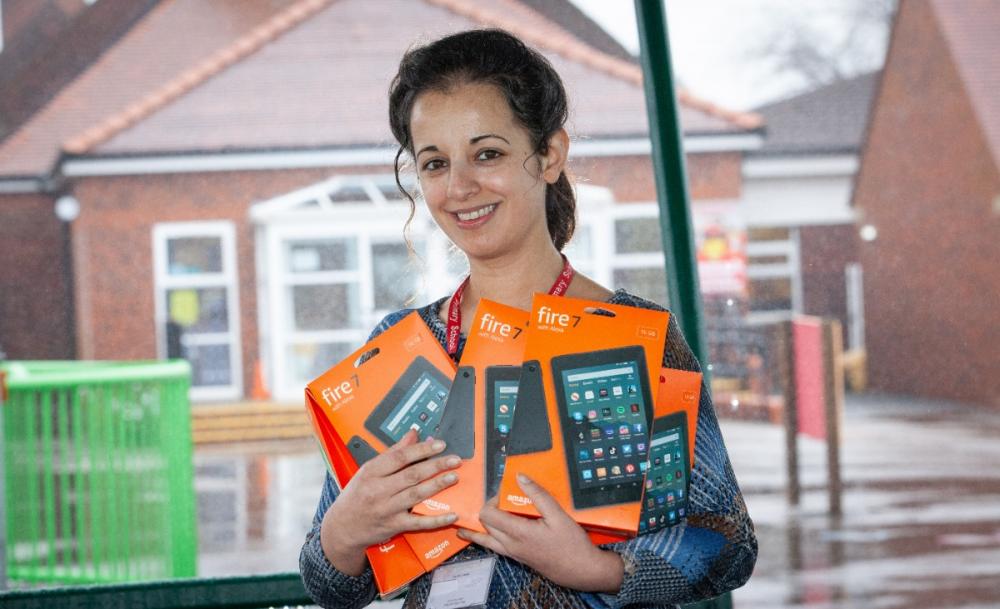 Nosheen Majid
Nosheen Majid, Deputy Headteacher at Lammack Primary, said: “We are so grateful once again to Miller Homes for supporting our school. The tablets they have kindly donated will be given to the children who need them the most, and this will make a big difference to how the pupils can learn at home.”

Nicola Inganni, Regional Sales Manager at Miller Homes North West. adds: “Once again, it has been a pleasure to support Lammack primary school. With it being so close to Millrose, we know that future families who move here will send their children to Lammack Primary – we’re delighted to have such a strong relationship with them. We hope the Amazon Fire tablets benefit the pupils of Lammack and we look forward to working with them again in the future.”