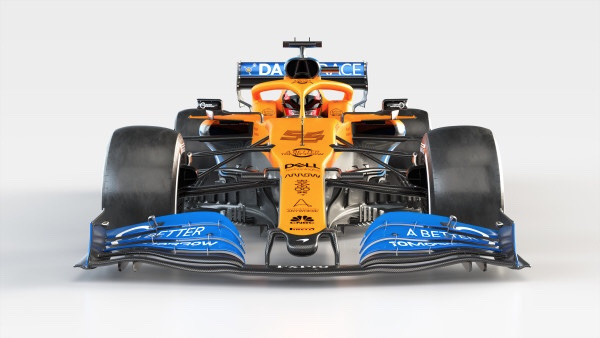 McLaren’s new challenger
The McLaren Formula 1 team has uncovered its new car for the forthcoming season, the MCL35, during a launch at its Woking HQ, which, like Ferrari’s event on Tuesday, was streamed live online and shown on Sky television’s F1 channel. 2020 is a special year for the team as it marks the 50th anniversary of the death of its founder, the New Zealander Bruce McLaren. 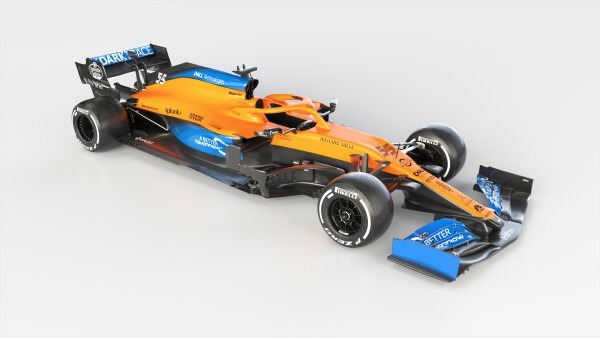 A side view of the MCL35
The outfit’s glory days when the likes of Alain Prost and Ayrton Senna took them to victory after victory seem a long time ago and they last won a drivers title back in 2008 with Lewis Hamilton. Furthermore, you have to go even further back to 1998 for McLaren’s last constructors championship success. 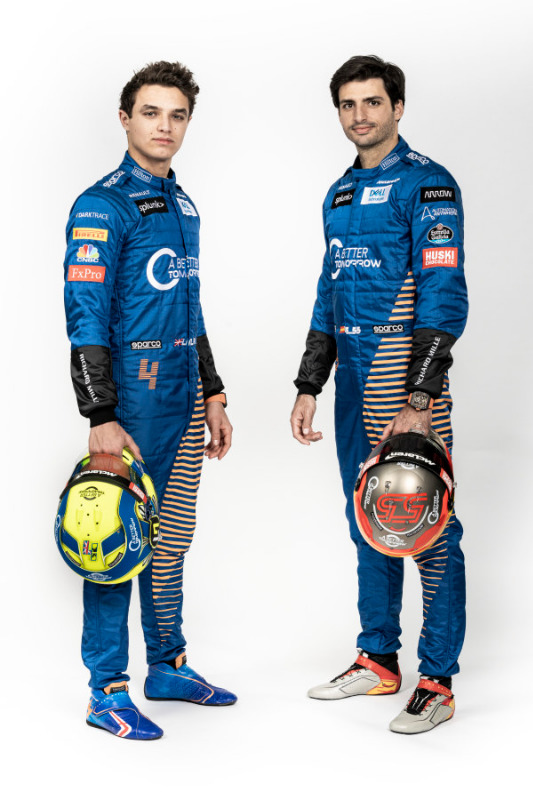 Lando Norris (L) and Carlos Sainz get on so much better than this publicity photo suggests!
However, after a truly difficult period in this iconic team’s history there now seems to be a resurgence down Woking way and last season McLaren finished a truly impressive fourth in the constructors championship behind the big three, namely Mercedes, Ferrari and Red Bull.

This year the car will again be propelled by a Renault hybrid power unit before a switch to Mercedes in 2021 and on the driver front they have retained their pairing of 25 year old Spaniard, Carlos Sainz, with the 20 year old British driver from Glastonbury, Lando Norris. Sainz is the son of the double world rally champion of the same name and is about to start his sixth season in F1, whereas Norris is about to commence only his second. Fortunately both drivers get on very well together despite the intensely competitive spirit they exhibit and which is in the DNA of every racing driver.


Also by Graham Read...
Mercedes On Top After The Opening Three Day TestAlfa Romeo’s C39 Completes The F1 Class Of 2020The Williams And Racing Point Formula 1 Car LaunchesAlphaTauri Makes A Striking Arrival﻿Mercedes’ 2020 Silver Arrow Breaks Cover
At the launch the drivers admired their new car, which for the first time features a matt finish to its predominantly orange livery, and Norris enthused “Since I was six or seven years old all I ever wanted to be was a Formula 1 driver and now I’m here, hoping to help bring more success to McLaren”. Likewise, Sainz added “It is such a real privilege to drive for McLaren with all its history”.

A charismatic American called Zak Brown is the company’s CEO and he paid tribute to their staff, saying “It’s great to see the work of 800 men and women coming together to create this amazing racecar and I want to thank all our fans, who for me are the best in the sport”. 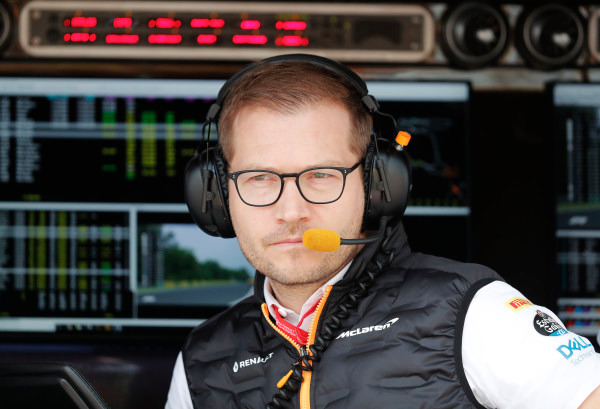 Team principal Andreas Seidl has impressed since arriving last year
The team principal Andreas Seidl, who previously achieved significant success with the motorsport operations of BMW and then Porsche, has helped to transform the structure and running of the team since his arrival last year. The engaging 44 year old German shared his thoughts “We were very happy with the progress we made race by race last year and we need to keep the momentum and improvement going. It’s important not to get carried away though as all teams need to reset to zero. We should be optimistic, but also realistic and with only six days of pre-season testing we need to get some decent mileage done before we rock up in Melbourne”.

It will be fascinating to see whether McLaren can retain its position as the fourth most successful constructor this year against stiff opposition and perhaps even dream of higher successes.