Today, the nation will unite to mark 75 years since the end of the Second World War in Europe. 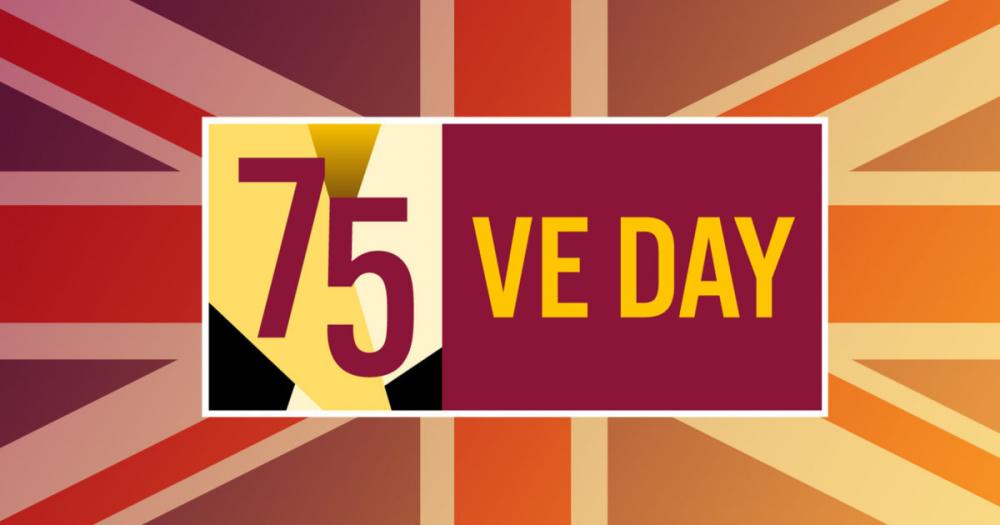 Government has now announced further plans for the day, building on a programme of activity and celebrations announced last week.

Yesterday the Prime Minister visited Westminster Abbey to pay his respects, and today from Downing Street he will be observing the two minute silence and speaking with a Second World War veteran via a video call.

Later in the day, there will be a broadcast of The Prince of Wales reading extracts from King George VI’s diary, relating the experiences of his grandfather on VE Day in 1945. This will include the King’s relief that the war in Europe was over, the family’s iconic appearances on the Buckingham Palace balcony, and having lunch with Sir Winston Churchill.

And in an uplifting aerial display, the Royal Air Force will provide breath-taking flypasts in England, Scotland, Wales and Northern Ireland’s capitals. The Red Arrows will fly over London, and modern RAF Typhoon jets will appear overhead in Edinburgh, Cardiff and Belfast. The British public is encouraged not to gather to watch any flypast but continue to follow public health guidelines on social distancing and enjoy the coverage from their homes and gardens.

Prime Minister Boris Johnson said:
"Seventy-five years ago today, the people of this country celebrated victory against Hitler’s aggression. On the frontline, they fought with courage, ingenuity and endurance, and on the Home Front, women defended our cities against air raids, worked the factories and ran the hospitals.

"This country triumphed thanks to the heroism of countless ordinary people, and because of this, hundreds of millions of people now live in peace and freedom today.

"Today we must celebrate their achievement, and we remember their sacrifice. We are a free people because of everything our veterans did - we offer our gratitude, our heartfelt thanks and our solemn pledge: you will always be remembered.

Culture Secretary Oliver Dowden said:
"Victory in Europe was a defining moment in Britain’s long history, so today we pause to remember all those who fought overseas and battled hard on the Home Front.

"As we stay home to protect the NHS and save lives, I know the British people will mark this historic occasion in new ways to show our deepest gratitude and respect for those that gave so much to bring peace, freedom and prosperity to Europe."

Across the UK, people will be decorating their homes with bunting, researching their family history on Ancestry.co.uk, tuning into the national commemorations on television and radio, and throwing a 1940’s themed afternoon tea in the safety of their own homes.

Museums and libraries are among those organisations across the country who have also come up with creative and innovative ways for families to celebrate and learn more about the history of the day, including:

The National Army Museum, the Royal Air Force Museum and the National Museum of the Royal Navy will be hosting their first tri-services celebration with the Virtual VE Day 75 Festival taking place online from Thursday to Saturday, including a live Swing Dance Class a sing-along concert with the Bluebird Belles and highlighting objects and stories from the their Collections.

The #LibrariesFromHome initiative from Libraries Connected brings together a huge array of local offerings from libraries across the UK. These include recordings of 1940s songs from a local band in Windsor, a Facebook Book Chat discussion in Staffordshire on war novels, and a “bake along” with wartime recipes being posted throughout May organised by Wokingham library.

The Imperial War Museum’s four-minute soundscape “Voices of War” brings together first-hand accounts of VE Day from IWM’s vast sound archives. Examples include a Jamaican aircraftman who emigrated to the UK aboard the Empire Windrush in 1948 and a Jewish man from Berlin who spent six weeks in Sachsenhausen concentration camp.

Defence Secretary Ben Wallace said:
"The UK Armed Forces will start the 75th anniversary of VE Day with sunrise commemorations and will continue to honour their predecessors throughout the day and across the country.

"Although we cannot celebrate that precious connection with our veterans on the scale we had planned, we should all pause and reflect on their inspirational achievement. As Churchill said, ‘god bless you all, this is your victory’."

The full plans for the day are as follows:

A national two minute silence will take place at 11am, led by His Royal Highness The Prince of Wales.

The Archbishop of Canterbury has recorded a message of reflection which will form part of the programming around the two minute silence.

At 3pm, extracts from Sir Winston Churchill’s victory speech will be broadcast across national television and radio to recreate the moment the end of the war in Europe officially was announced on 8 May 1945.

Extracts from the diary of King George VI will be read by His Royal Highness The Prince Of Wales, as part of the afternoon’s commemorative activity.

At 9pm, Her Majesty The Queen’s message to the nation will air.

This will be followed by a national singalong of Dame Vera Lynn’s ‘We’ll Meet Again’ where the public are encouraged to open their front doors and sing along in their front gardens.

The public are invited to host an afternoon tea from the comfort of their living rooms. The Department for Digital, Culture, Media and Sport has produced a template pack so that the public can hold a 1940s style afternoon tea party at home complete with homemade VE Day bunting, original recipes, games, and educational and creative activities for children.

As part of a partnership between the Government and Ancestry, the platform will be free throughout the Bank Holiday weekend to give people the opportunity to uncover personal stories of the Second World War.