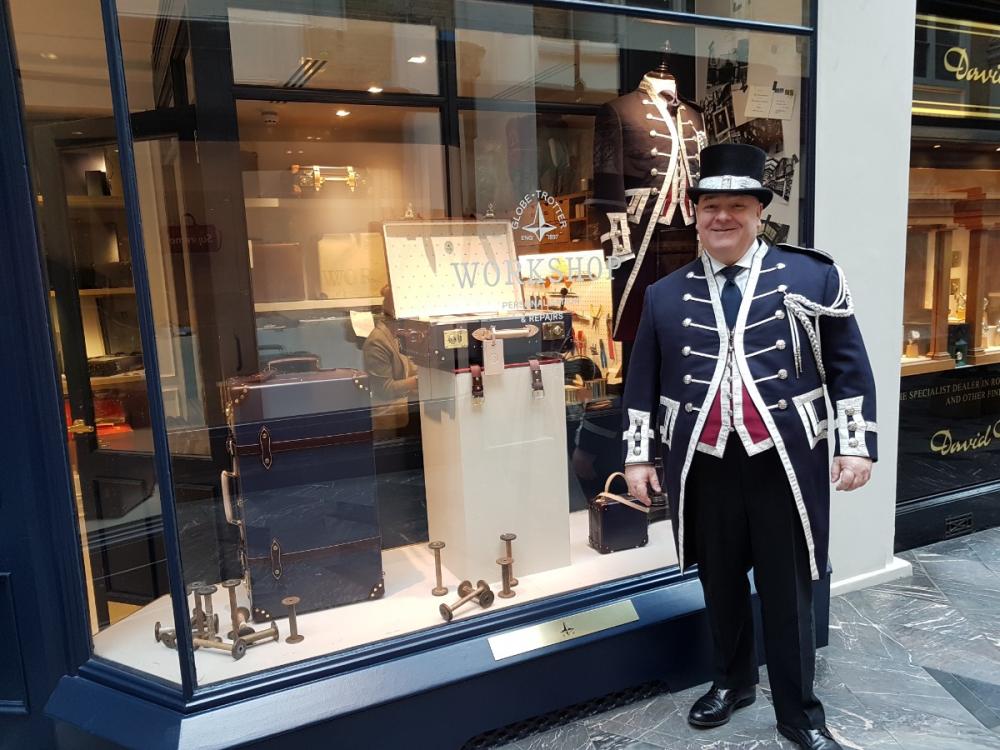 Mark Lord is not your average copper!

But, then again, the clue is probably in his uniform: braided frock coat and top hat! He doesn’t have a police station or a blue flashing light and there isn’t a truncheon in sight, but Heaven forbid that you should put a foot wrong in what is probably London’s most elite shopping emporium: the Burlington Arcade.

For that is where Mr Lord – better known as the Head Beadle – and his team of six ‘officers’ – also known as Beadles – reign supreme, and operate what is widely regarded as the smallest police force in Britain.

“Not everyone knows what a Beadle is,” he quips, “so I always tell them about Harry Secombe who played a similar role in the Oscar winning musical, Oliver! The role pre-dates the London Met, which didn’t come into being until 1829, courtesy of Home Secretary Robert Peel’s ‘bobbies’, a full decade after the Burlington Arcade first opened for business.”

Which makes Mark Lord – just 19 years into the job – a comparative novice! But everyone knows him from the jeweller who offers to buy him a coffee: “No thanks, I’ve had two this morning already and I can’t afford to put any more weight on,” to the unnamed superstar footballer who said he was unable to spend thousands on a pair of trainers at Kick Game, unless they had them in blue, the colour of his club! 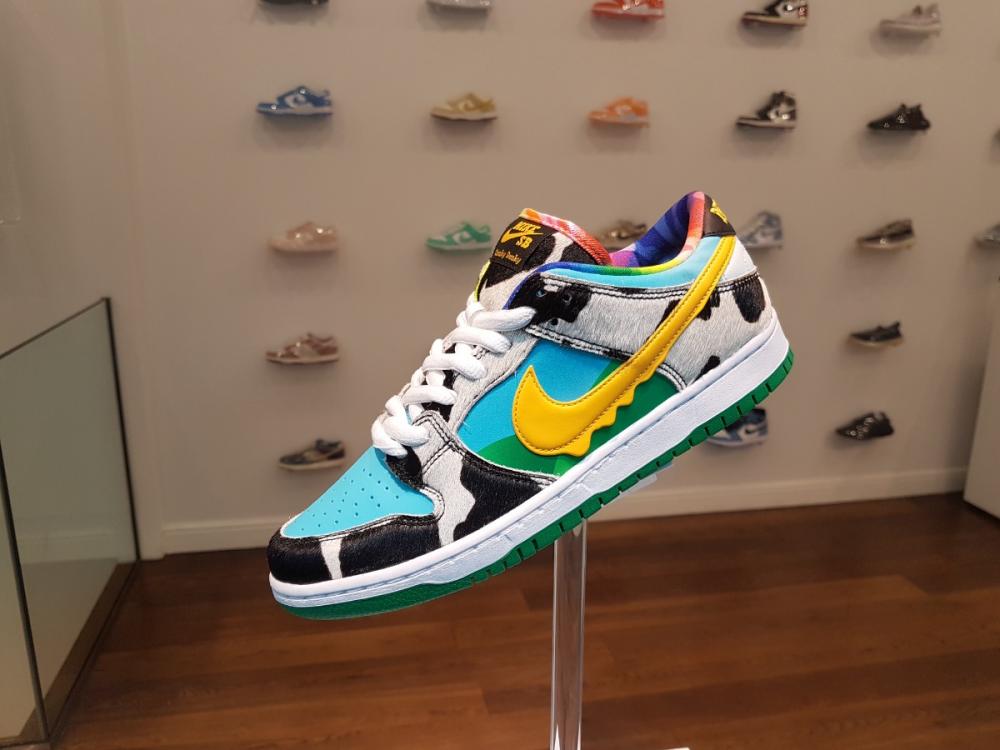 He is a man full of discretion and minor secrets, but as architecturally colourful as the very arcade he and his colleagues ‘patrol’ every day of the week.Owned by the Reuben Brothers, Burlington Arcade – immortalised by music hall legend, Vesta Tilley, at the turn of the 20th century, has just 47 outlets, but is undoubtedly one of the most prestigious retail therapy centres in the Big Smoke, a reputation enhanced still further by its aristocratic neighbour: The Ritz Hotel.

“When I first came to Burlington it was a lot more dark and dreary but, over the years, it has evolved and is now so much lighter and more stylish as well as being gender balanced. There was a time when it was run by men, for men. Now, however, women buy men’s Rolex watches, sometimes for themselves, so it is fair to say that Burlington is an arcade with wide appeal,” added Mr Lord.

Even James Bond gets in on the act! 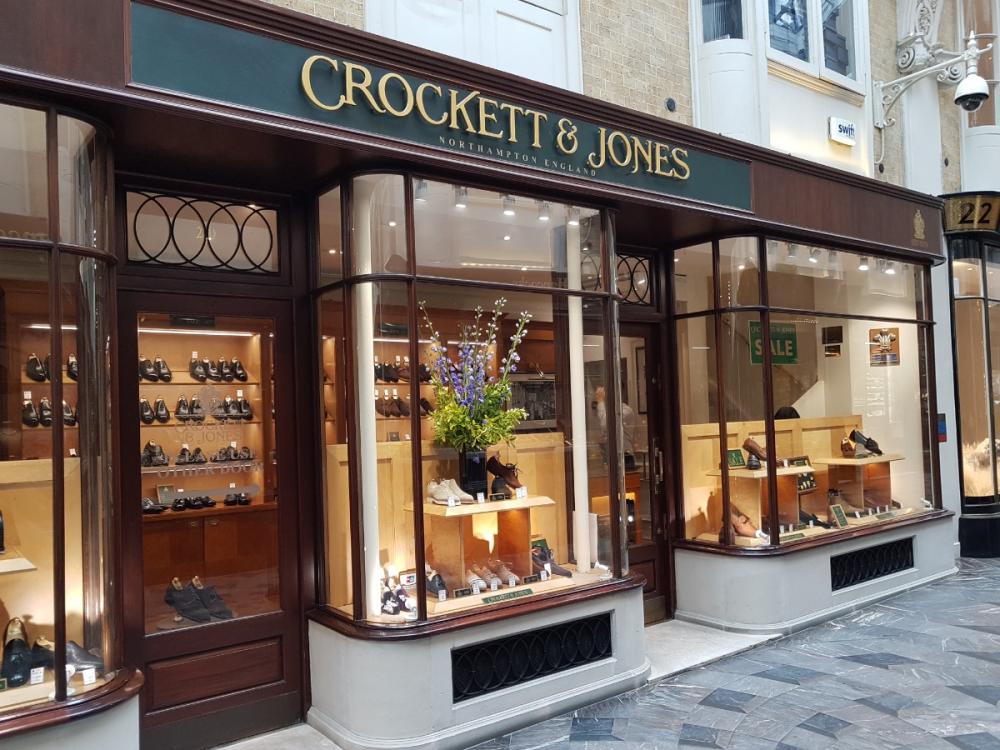 …his jumpers from N. Peal… 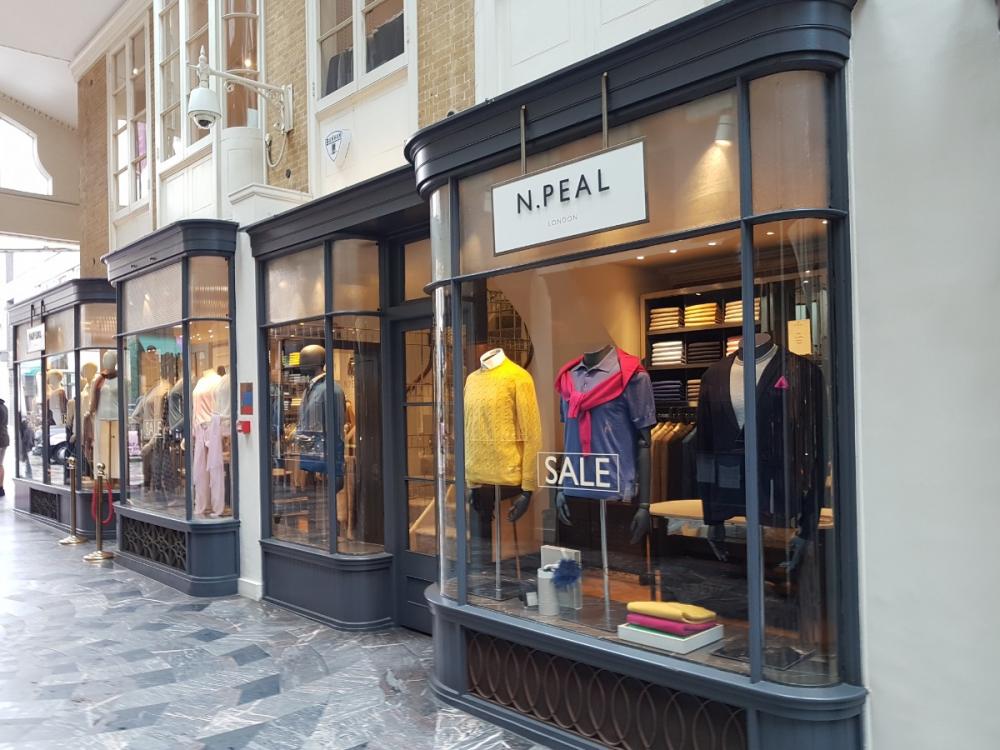 … and his luggage from Globe Trotter… 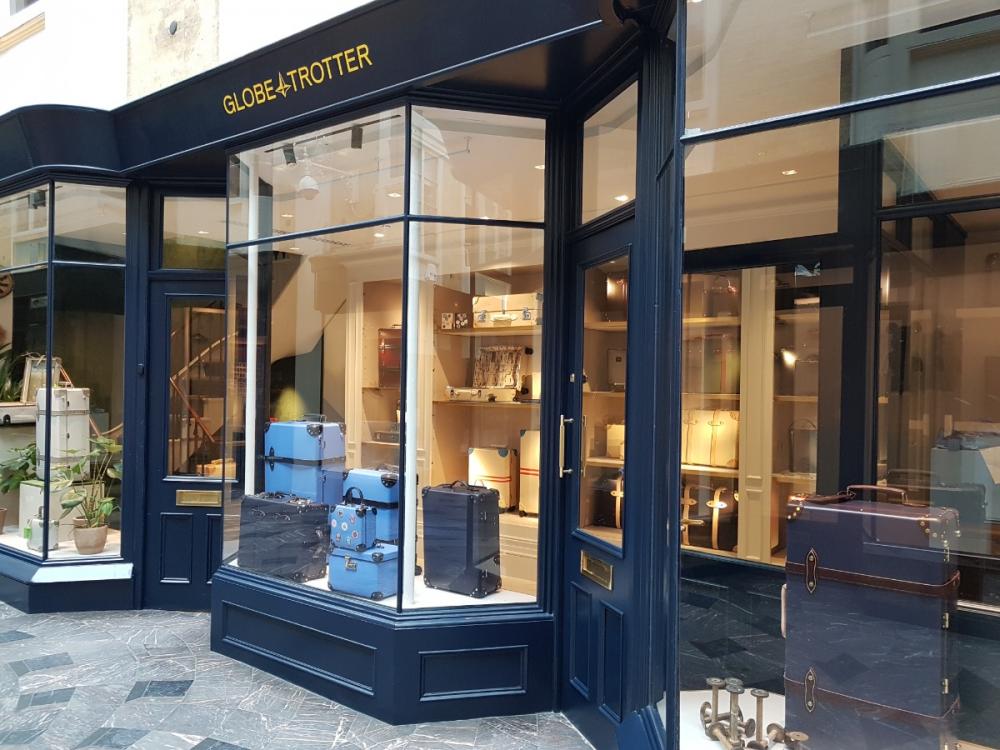 …all three outlets are in the arcade!”

Further along there is bespoke perfumery Roja… 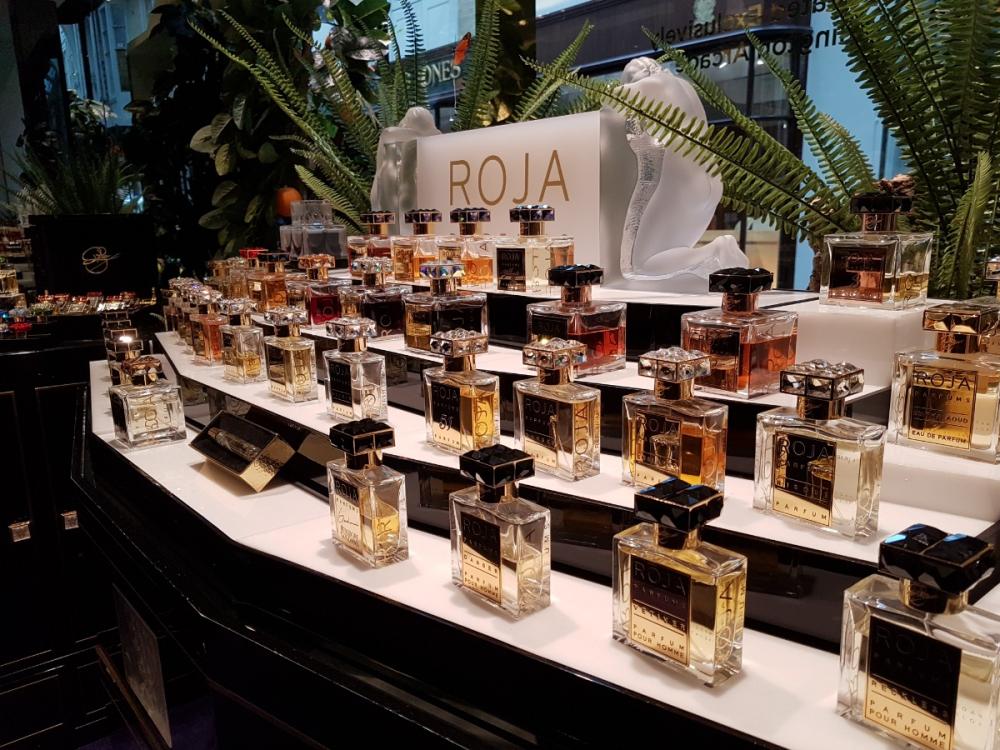 …and, nearby, Hancocks jewellers, first established in 1849, and home to those craftsmen and women who fashion each and every Victoria Cross that is pinned onto the breast of Britain’s past and future heroes.

“I once got to hold one,” confesses Mark, “and I can’t begin to tell you how it felt. It’s what the medal symbolises,” he said, “the very essence of bravery and the selfless behaviour of a unique group of individuals.”There is a passion in the arcade that only becomes apparent when you spend time there.

“You say you’re from Leeds,” interrogates Mr Lord. Was I about to be arrested? 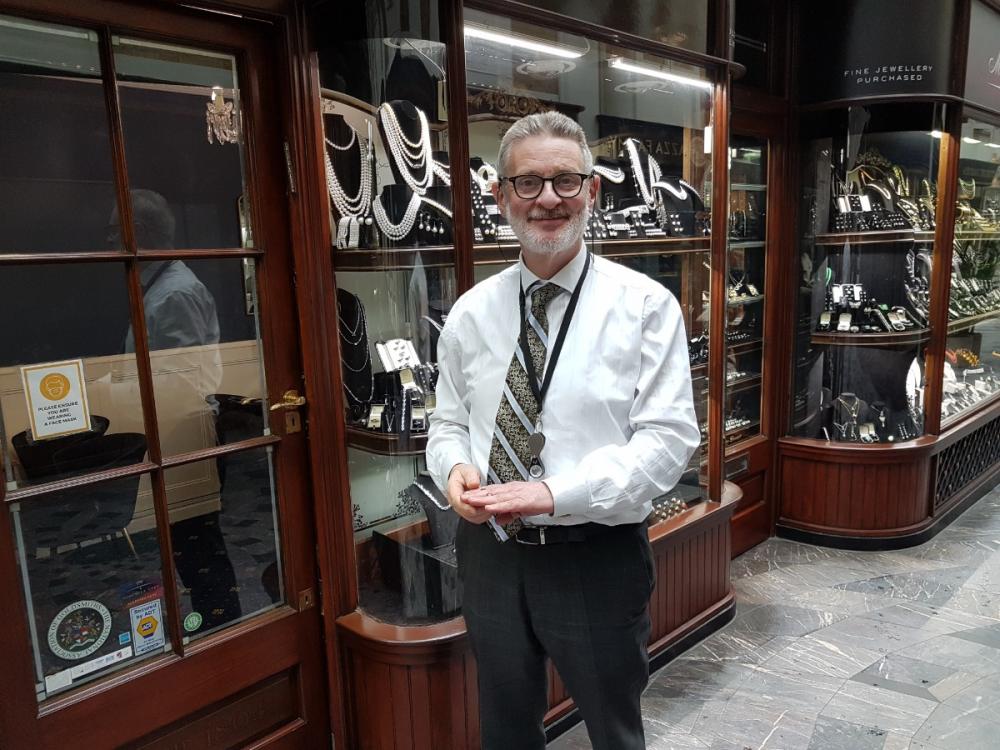 The Michael in question is no other than Michael Rose, the former Leeds jeweller who once occupied the outlet now occupied by Harvey Nicholls in Briggate.

These days he is the proud occupant of not one but three outlets in Burlington Arcade, each specialising in a different aspect of the jewellery trade.

“I’m from Roundhay,” he beamed, delighted that a Yorkshire interloper had somehow outwitted the Covid police and found his way to the capital!

We talked of Street Lane, the Deer Park pub and those things that only two Leeds Loiners could understand, before he spied by wife’s engagement ring which he promptly put under his jeweller’s eye glass.

“Hand cut,” he said, “beautiful but filthy. Give it to me for a couple of minutes and I’ll clean it up. Don’t worry, I wont run away,” he joked, and off he went with the ring firmly clasped in his closed fist.

Mark Lord grinned. “That’s what this arcade is all about. Passion. Owners at the helm, not simply managers. It does makes a difference.

Romi, the Albanian shoe shine man, looked up. “I think it’s time to give Mr Hopkins a shine before he enjoys the delights of afternoon tea at Laduree,” said my genial host. 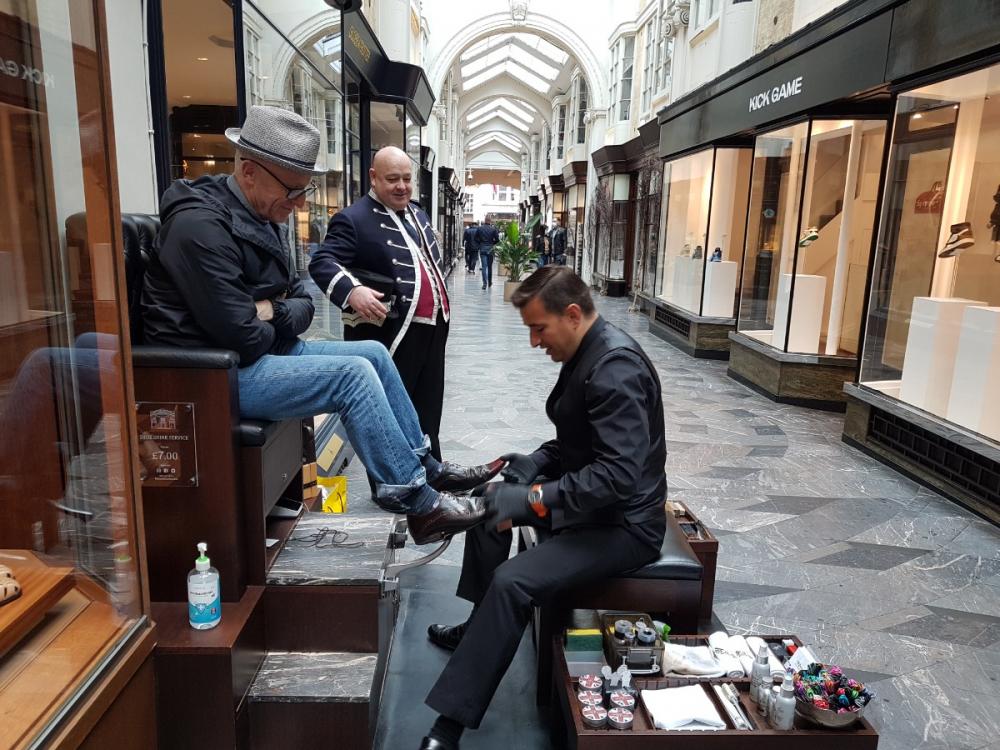 Romi, who commutes one and a half hours to the arcade every day, arrived in the UK in 2001 with just £250 in his pocket. Five years later he took up residence in Burlington Arcade and has never looked back.

“I missed this place during lockdown and I just love the people who come here. Ninety per cent of my customers are regulars,” he said. Another passionate man.“Did you know that the floor of the arcade is 10 ft higher at one end than the other? Lady Cavendish was the aristocrat who persuaded her husband to develop the Burlington Arcade because, as the story goes, she had nowhere to shop! She also didn’t like steps so, on the pretext of getting rid of them, she told her husband that she didn’t want anyone looking at her ankles so the original builders were asked to slope the floor!

“Let me get you get a coffee from Noxy Brothers while Romi is working on your shoes,” and off Mr Lord scuttled returning in what seemed like just seconds. 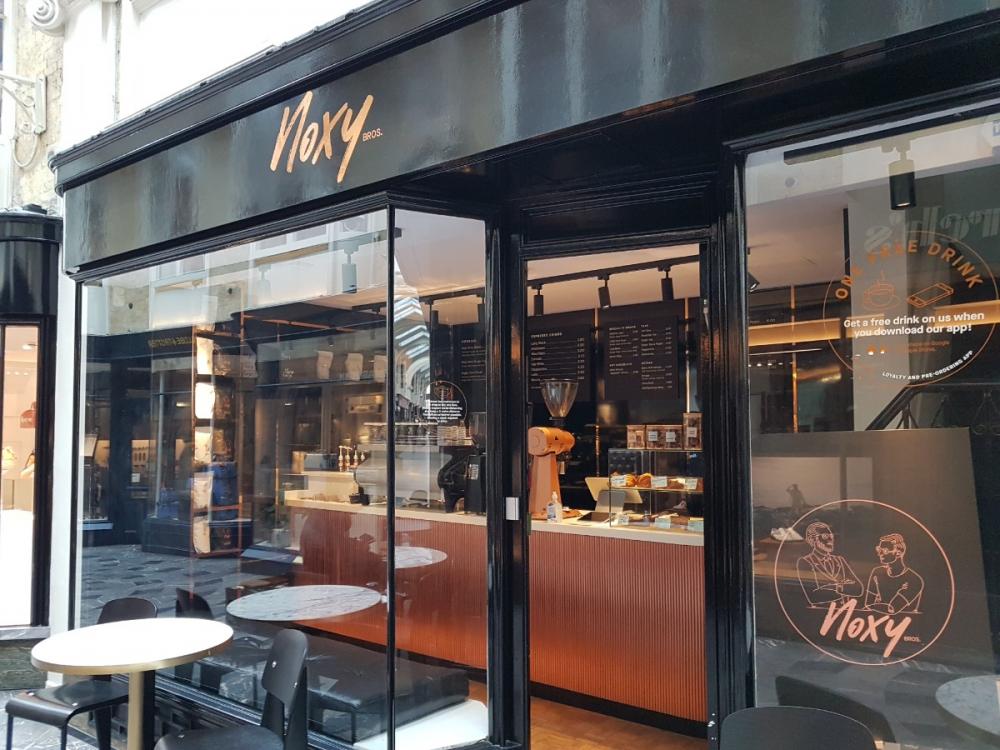 “What do you think?”

“Yeah,” he agreed in his light London drawl, “they’ve got loads of regulars who come every day.” It slid down my throat better than morning oysters on Scarborough front!

“You’ve got a train to catch so let’s get you to Laduree for afternoon tea. Don’t want you going home hungry!”

Parisienne team room Laduree is located at the entrance to the Burlington Arcade... 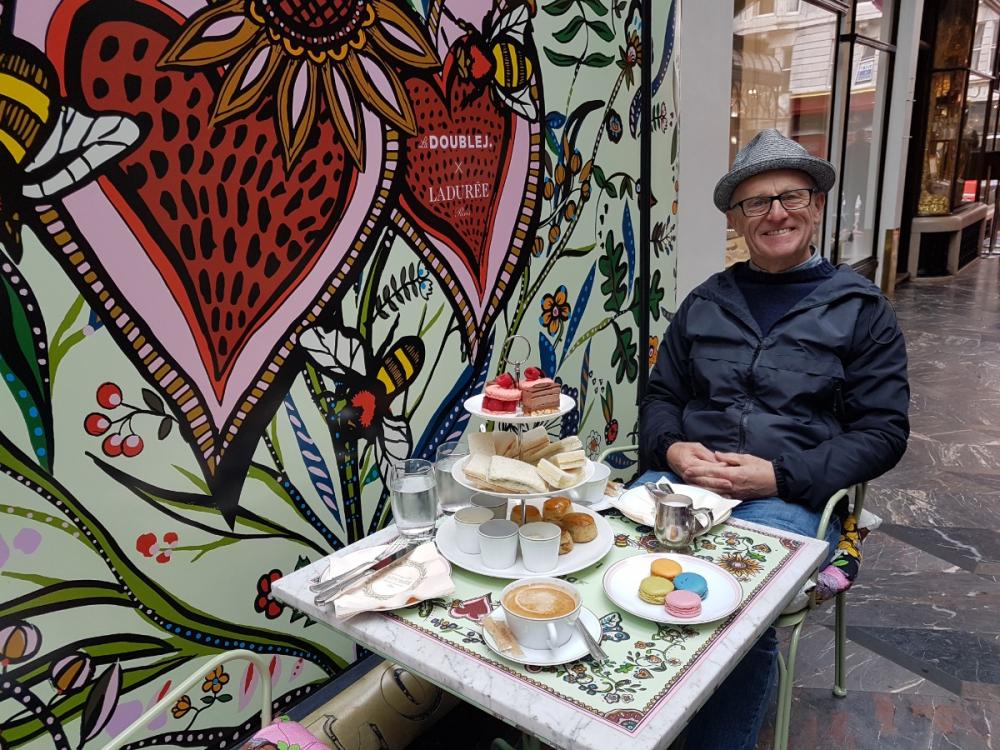 ...and has been plying its trade for decades. The story of the Ladurée macaron starts in the middle of the 19th century when Pierre Desfontaines first thought of taking two macaron shells and joining them with a delicious ganache filling. The recipe has not changed since and, these days, Laduree remains a stalwart of Burlington Arcade.

Right now you can also enjoy a unique pop-up experience in the arcade, where you can delight in Ladurée’s signature treats, including its iconic afternoon tea, in beautiful surroundings, created exclusively by Milan based lifestyle brand La DoubleJ.

We wolfed our way through the superb afternoon fancies, too many to finish in one go so the courteous staff boxed up the remaining cakes for our journey home.

“Come and see us when you’re next in London,” said Mark as we parted. And he meant it.

He may only be a Lord by name and a Beadle by profession, but, deep down, Mark Lord is Burlington Arcade’s ultimate advocate; a true aristocrat and an Ambassador who’s as unique at the title he holds.