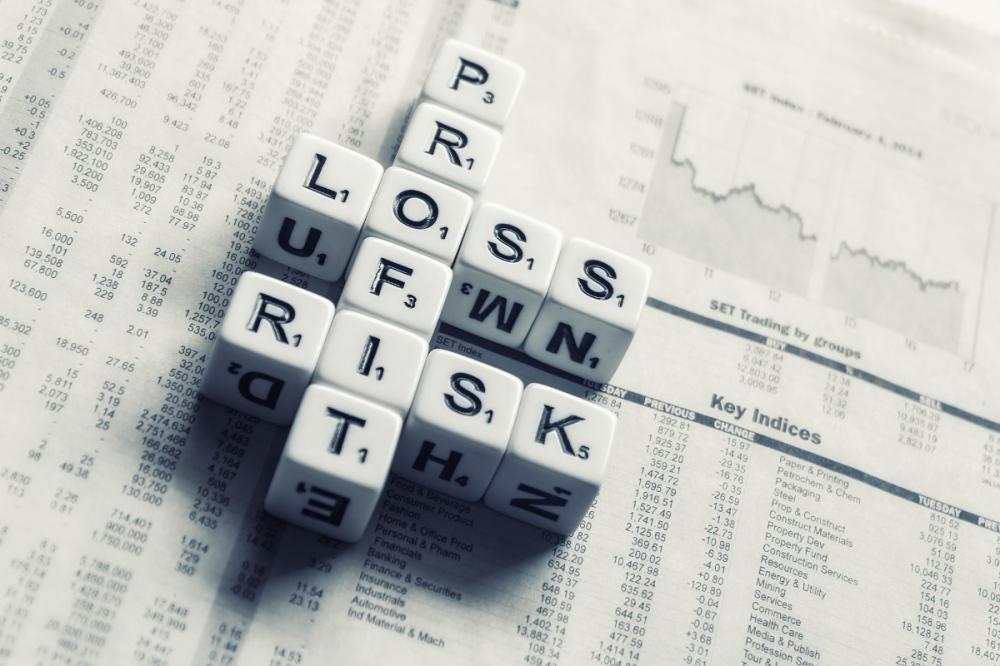 Image by Gino Crescoli
North-based quoted companies issued eight profit warnings in Q2 2021, a 69% reduction on the number of warnings issued in the same quarter in 2020, according to the latest EY-Parthenon report.

In just over 12 months, the EY-Parthenon Profit Warnings report recorded both the lowest and highest quarters of warnings since analysis began at the turn of the Millennium. The second quarter’s record low comes in stark contrast to the record high of 301 in Q1 2020 and the second highest ever total of 165 in Q2 2020.
EY recorded similar dips in 2002/3 and 2009 after 9/11 and the global financial crash, respectively. Analysis suggests that markets tend to over-correct and last year’s drastic expectations reset, combined with a better-than-expected recovery and Government support, meant that all but a handful of companies beat depressed forecasts. But, as history has shown, companies and markets can also underestimate the challenges of recovery.

Tim Vance, EY Parthenon UK&I Turnaround and Restructuring Leader in Yorkshire and the North East, said: “Whilst it’s encouraging to see that profit warnings across the North remain at a historic low – a continuation of what we saw at the start of the year – these latest figures reflect the current situation of listed businesses across the UK. The economy is shifting – the reset button has been pressed - and boards are now beginning to emerge with a post-pandemic mindset.

“The number of profit warnings issued by North-based listed businesses is marginally higher than it was in Q1 this year, when seven profit warnings were issued by businesses across the region. Although this continuing low number is an encouraging sign, businesses face challenging times as they look to emerge from the global pandemic and develop fresh strategies that focus on resilience and making the most of new opportunities and potential for growth.”

Commenting on the recovery risks for business, Vance added: “Two of the most immediate challenges stem in part from the strength of the recovery. Rapid increases in global demand have triggered sharp rises in raw material prices, shipping delays, supply bottlenecks and labour shortages — exacerbated in some cases by the impact of Brexit and ongoing pandemic restrictions. This may be a temporary headwind, but it will put pressure on working capital and limit some companies’ ability to fully capitalise on the recovery.

“Strong domestic growth is also allowing the UK Government to reduce its extraordinary level of business support. When activity levels increase this will put heavy demands on cash, and companies reliant on Government support could face a significant liquidity squeeze — especially where costs are high, and demand remains uncertain or constrained.”

FTSE Industrials is the industry grouping with the highest number of warnings (11) in Q2 2021, accounting for a third of total warnings in the quarter. Over a third of FTSE Industrials profit warnings cited supply chain issues in Q2 — including all the warnings since the start of June 2021. FTSE Aerospace and Defence stands out within this grouping, having issued the highest level of warnings in Q2 2021 (3) and with the highest percentage of companies warning in the year-to-date (50%). In the North, Q2 profit warnings were split across a number of sectors – reflecting the breadth of industry across the region.

It is notable that warnings from consumer sectors — including travel — remained subdued in Q2 2021, but this is often due to withdrawn or much reduced guidance. Four in five FTSE Travel and Leisure and FTSE Retailers have warned since the start of 2020, with both sectors amongst the heaviest users of Government support.

Vance added: “We expect to see an increasingly divided recovery, with a widening split developing between companies that are largely free from restrictions and able to capitalise on the recovery — and those that are still reliant on Government support, whilst contending with trading restrictions or structural change. We also expect companies exposed to low pricing power, fixed-price contracts, and historically high levels of EU labour to be at least temporarily vulnerable to profit warnings, especially if price and supply trends continue.”

A delay to the full reopening of the UK economy on 21 June pushed back the end date for eviction and insolvency moratoriums, but most Government support schemes came to an end or begun to taper at the start of the third quarter of this year. Falling levels of support and rising costs will increase the focus on companies’ need to plan and manage their cash positions carefully.

Meg Wilson, EY-Parthenon Partner, Turnaround and Restructuring Strategy, said: “The economic outlook is improving, but for many companies there is still uncertainty. Businesses reopening or expanding their trading are balancing the investment and costs needed to meet increased demand against the removal of Government support and the potential for setbacks. They also need to be mindful of how cash is flowing through their supply chains.

“Companies in rebuild mode need to be vigilant to their exposure to contingent or ‘soft credit’, be it direct or indirect, for example through credit insurance - an important but often overlooked element of liquidity.”
Through the framework of the Trade Credit Reinsurance (TCR) Scheme, which ended on 30 June 2021, the Government estimate that they have assisted over half a million businesses, protecting £575b of business turnover.

Continuing, she said: “As trading rebuilds and exposures start to increase, engaging proactively with credit insurers now the TCR scheme has ended and other suppliers of ‘soft credit’ may be necessary to ensure continued support and preserve liquidity. In this delicate transition time, bringing all stakeholders on the journey is going to be key.”

Tough times ahead and difficult decisions to be made

Concluding, Vance said: “Eviction and insolvency moratoriums remain, providing a significant buffer against insolvency. Clearly, it’s beneficial to protect companies contending with short-term challenges, but in many cases, this is restructuring delayed rather than averted. There is an artificiality about the current situation, and we won’t know how deeply companies are affected until all the props fall away and they feel the full extent of the changes in their markets.

“Management teams need to be prepared to take difficult decisions as they make an honest assessment of their company’s viability. They may require radical multi-faceted action to create, protect and recover value. There is a unique opportunity to act now, while capital markets are still liquid and the pandemic and recent legislative changes provide the platform and mechanism for bold action. The new Restructuring Plan is already helping companies find solvent ways to address pre-existing or pandemic related difficulties. It is vital that companies seize the opportunity afforded by the extra breathing space that Government support has provided.”