Lexus Luxury In A Smaller Package – UX On Test

I am not sure that many of us are ready for a fully electric car. Lack of efficient and available public charging is just one of the main issues especially in more rural locations. No doubt this will change in time, but for now a EV adopter needs to have home charging. 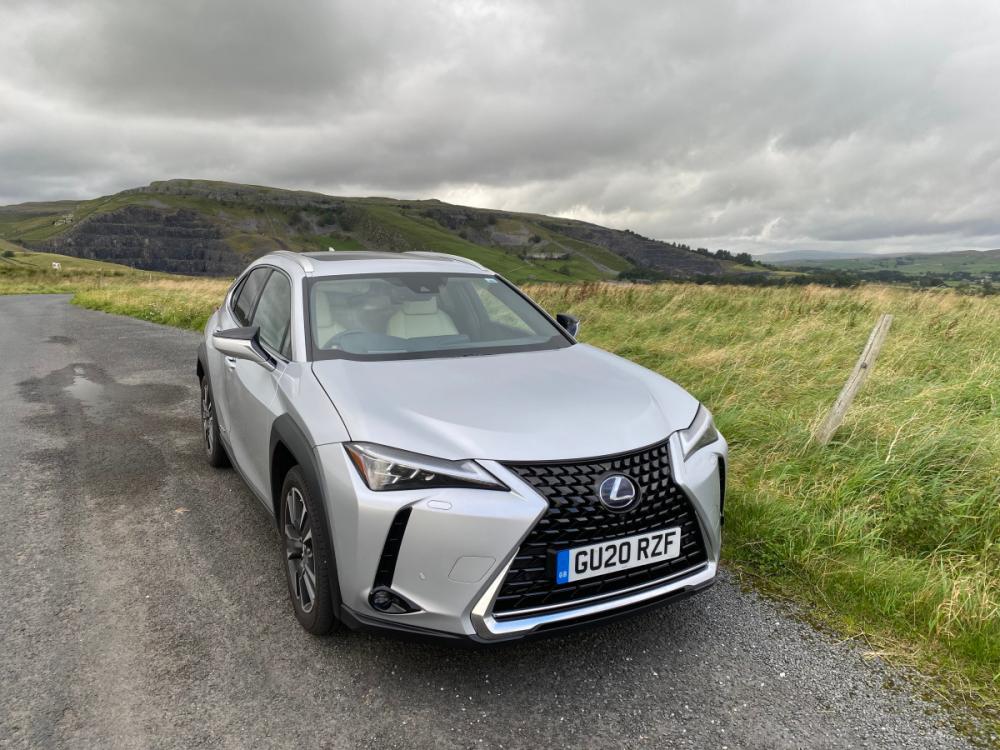 The compromise is a hybrid and on test recently was a UX from Lexus, which with parent company Toyota are way ahead of the game.

The UX hybrid is engineered to run on power from the electric motor and petrol engine, but it can also run on electric power alone. It is also engineered so that it will run as often as possible on electric power, so that you save fuel and exhaust emission levels are reduced.

The change from one mode to the next is pretty seamless and there is no doubting the UX’s efficiency. Lexus quote 47mpg for its combined economy figure and during my week behind the wheel the car was averaging over 50mpg for much of the time. 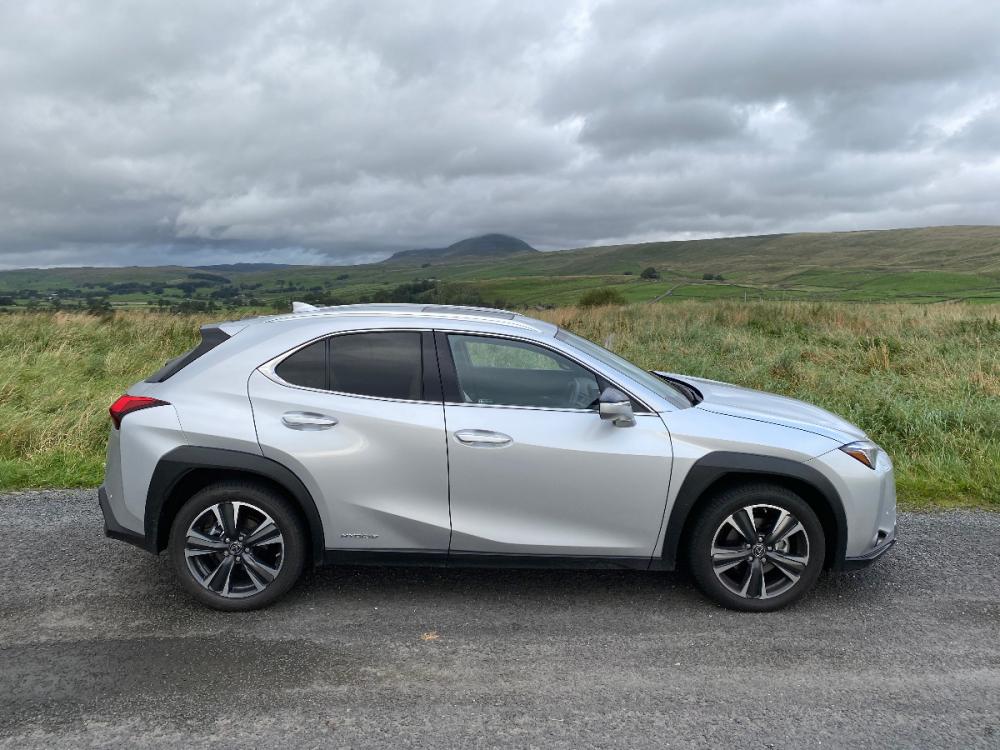 The UX has an ‘EV mode’ button which the driver can use to switch to full electric power. The car can then be driven at low speeds and over short distances with zero emissions, ideal for that city centre crawl.

An Eco Monitor also helps the car to achieve the best possible efficiency, the aim being to keep out of the power band.

A fully electric UX is on the cards, but I am told Lexus is committed to offering hybrid versions for the foreseeable future.

My test came with four-wheel drive, an option ideally suited for rural dwellers like me. The existing electric/petrol setup is helped by a second electric motor mounted on the rear axle. In low grip situations it can supply 7bhp and a modicum of torque to the rear wheels, thus aiding traction. 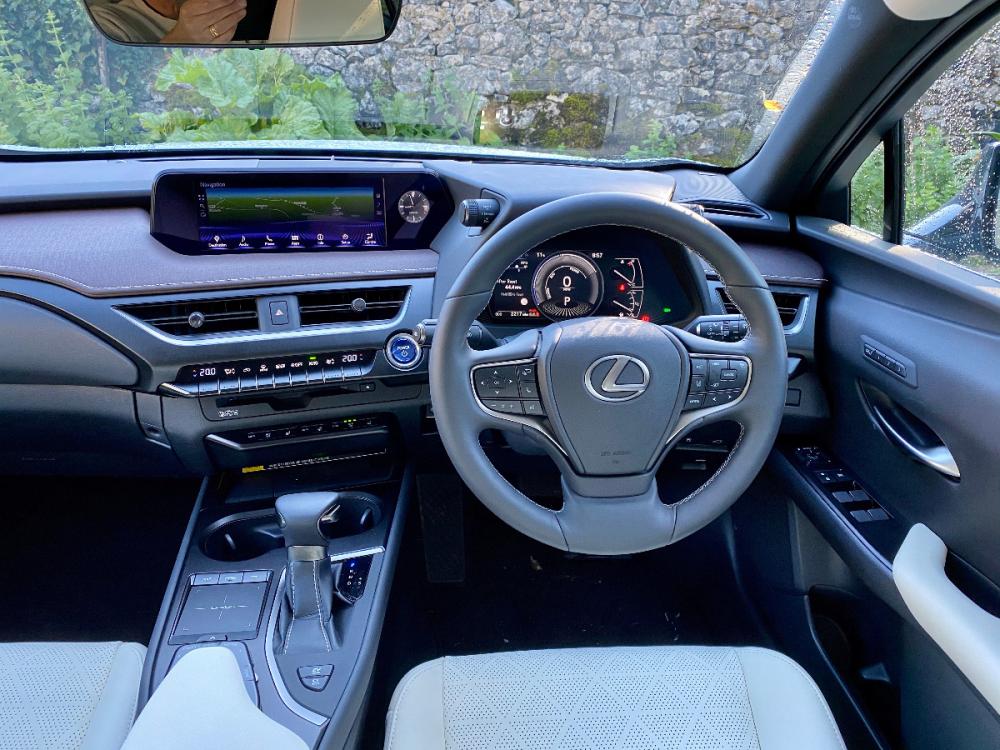 Lexus states that this is a more efficient way of providing power to the back axle, negating the need for heavy and cumbersome drive and prop shafts. It should suffice for most.

Driven gently, the UX is as refined as you would expect from luxury car manufacturer Lexus. Only when pushing on, does the combination of a petrol engine and CVT gearbox introduce some unwelcome engine noise. It is not a deal breaker and does not detract from the overall air of refinement.

The cabin is beautifully made with soft touch materials in abundance. Up front there is room aplenty and two adults will find enough space in the rear. Boot space is rather limited, so a full complement of passengers and luggage will necessitate a roof box. 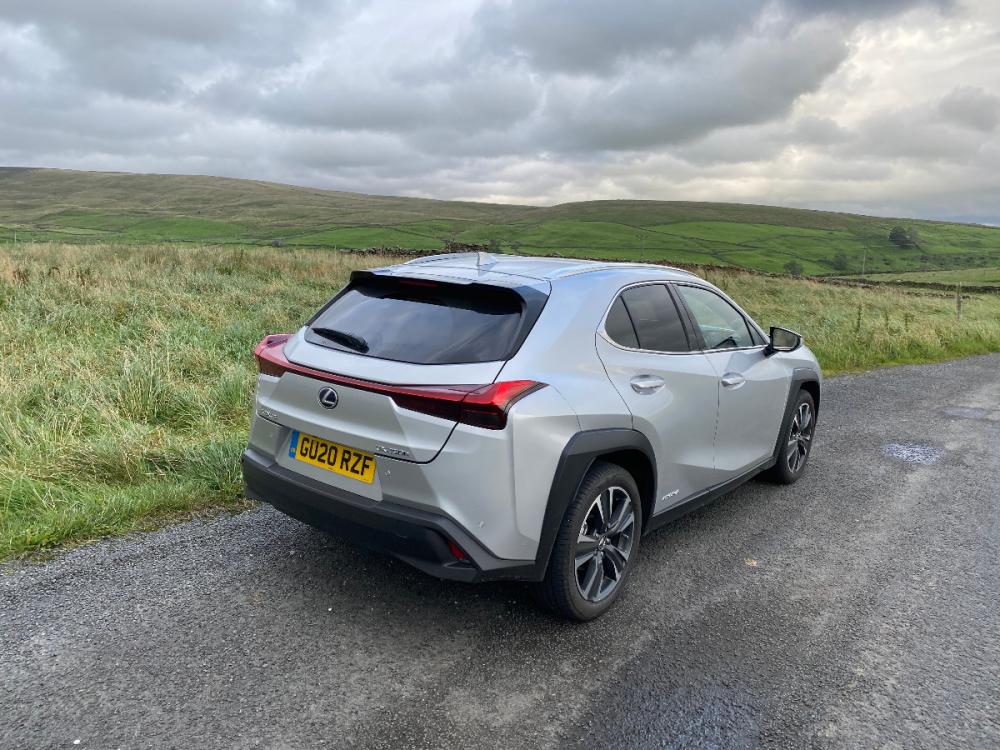 The list of standard equipment on the Takumi variant is exhaustive, with no need to raid the options list.

The UX boasts a low centre of gravity which pays dividends out on the open road. The car corners sharply, with little body roll and the suspension is effective at insulating the car’s occupants from the variations in road surface. The aim is clearly comfort rather than fun, likely to suit the probable UX buyer.

Undoubtedly a car to buy with the head rather than the heart, the Lexus UX is a refined, luxurious and efficient compact SUV. Built to last and likely to be exceptionally reliable, it is a car to buy and run for many years. 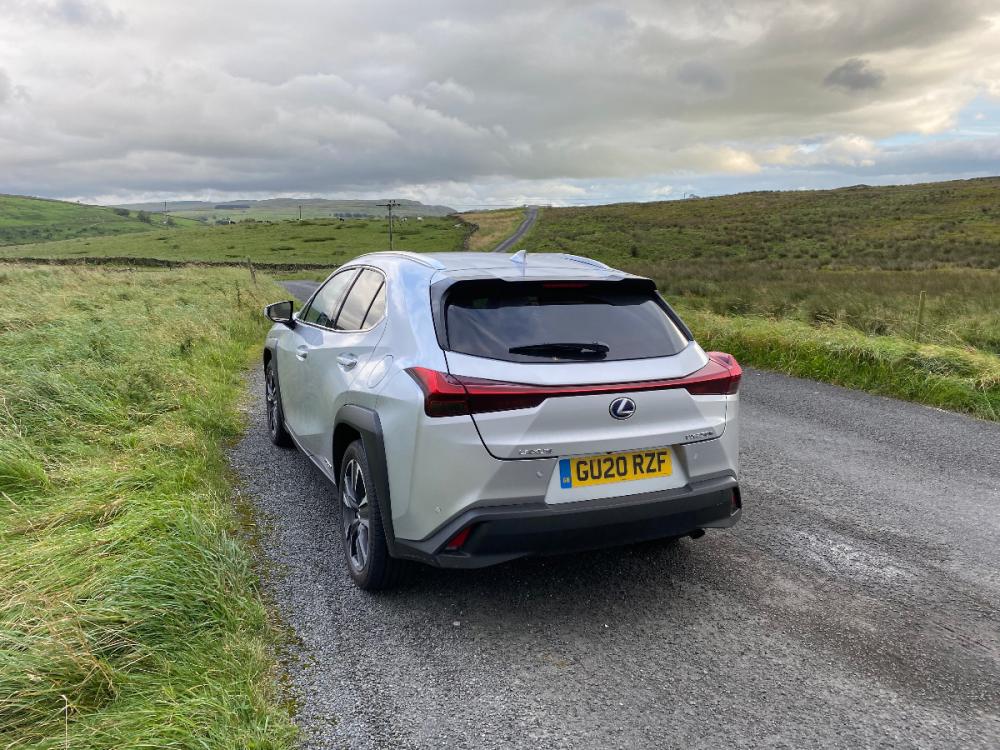