Sunset over Morecombe Bay
In 2021 Lancashire Day is on Saturday 27 November when the people of Lancashire celebrate the culture, lifestyle and achievements of the county, which is in North West England. Lancaster is the county town but the administrative centre is Preston.

People from Lancashire are called Lancastrians. On Lancashire Day people are encouraged to visit their local towns and shops to support the local area. 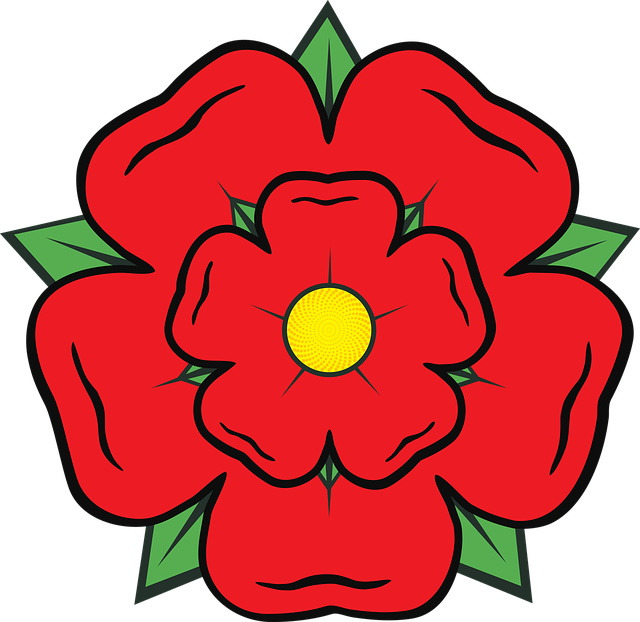 Why the red rose?

The county flower of Lancashire is the Red Rose of Lancaster, in contrast to the white rose of Yorkshire. This was immortalised in the verse:

"In the battle for England's head/York was white, Lancaster red" (referring to the 15th century War of the Roses).

The history of Lancashire Day

November 27 has been Lancashire Day since 1996. It is an annual celebration of the first elected representatives from Lancashire to be called to Westminster in the year 1295 by King Edward I to what was later called ‘The Model Parliament’.

All over the county town criers read out the Lancashire Day Proclamation.


“To the people of the city and county palatine of Lancaster

Know ye that this day, November 27th in the year of our Lord Two Thousand and Twenty One, the 70th year of the reign of Her Majesty Queen Elizabeth II, Duke of Lancaster, is Lancashire Day

Know ye also, and rejoice, that by virtue of Her Majesty's County Palatine of Lancaster, the citizens of the Hundreds of Lonsdale, North and South of the Sands, Amounderness, Leyland, Blackburn, Salford and West Derby are forever entitled to style themselves Lancastrians.

Throughout the County Palatine, from the Furness Fells to the River Mersey, from the Irish Sea to the Pennines, this day shall ever mark the people's pleasure in that excellent distinction - true Lancastrians, proud of the Red Rose and loyal to our Sovereign Duke.

GOD BLESS LANCASHIRE
AND GOD SAVE THE QUEEN,
DUKE OF LANCASTER."

image by pipilongstockings
Interesting facts about the Wars of the Roses

Neither side used a rose as its sole symbol - The name came from the colour of the roses - red for Lancaster and white for York. It is possibly a legend which William Shakespeare wrote about along with others.
Yorkshire used the white rose but the red rose of Lancaster was only adopted when the conflict was nearly over in the 1480's. The name 'Wars of the Roses' came about in the 19th century.
Yorks and Lancasters were descended from the same family
The Wars of the Roses might never have happened if not for the tenuous state of English politics in the 1450s.
The Wars of the Roses saw the Yorks and Lancasters play musical chairs with the English throne.
The Wars reached their climax at 1485’s Battle of Bosworth Field.

Henry VII created the Tudor rose, containing both the White Rose of York and the Red Rose of Lancaster to signify the unity between these two powerful and previously warring houses.


Ten phrases you’ll only know if you’re from Lancashire

Ey up cocker – salutation commonly used to greet friends and family members.
Ow do? – how are you?
It’s crackin’ flags – it’s very hot outside.
I were reet chuffed – a way of describing how pleased you were.
I’m cowd – I’m rather chilly.
Ah, be reet – don’t worry, it will be fine.
I’m sweatin’ cobs – I’m too hot.
Mek us a brew – a kind invitation to make a cup of tea or coffee.
Chippy tea – An evening meal consisting of chips. Usually also includes a pie and gravy.
Ta-rah – a special Lancashire way of saying goodbye.

Lancashire was established in 1183
It has a population of 1,460,893
The county covers an area of 3,075 sq km – making it one of the largest shire counties
Dunsop Bridge in the Ribble Valley is the centre of the British Isles
80 per cent of Lancashire officially classed as rural
Blackburn and Burnley were the birthplace of the Industrial Revolution in the 18th century
Bolton is the largest town in Britain with a population of 260,000 and Bashall Town is the smallest
Britain’s shortest river is the Brun which runs through Burnley
Britain’s longest canal, the Leeds Liverpool Canal, flows through large parts of the county
The first passenger railway between Manchester and Liverpool opened in Lancashire in 1830
Blackpool is one of the most popular seaside towns in the North of England with the famous illuminations.
Blackpool Tower opened in 1894 at a cost of £300,000, which would now be £39m
Jelly babies were invented in 1864 by an Austrian immigrant working at Fryers of Lancashire
The Pendle witch trials in 1612 were held at Lancaster Castle
Also by Jan Harris...
Celebrate Bees On World Bee DayThe Flower Moon In May Will Be SpecialThe Next Friday The 13th Is TODAYHedgehog Awareness WeekSpring Cocktails To Share