Labour’s Shadow Chancellor Anneliese Dodds has this morning called for a Budget to “rebuild the foundations of our economy” after the worst economic crisis of any major economy.

In her speech to Bloomberg in London, the Shadow Chancellor called on Rishi Sunak to “set out a responsible plan that puts us on the path to a better, more secure future”. 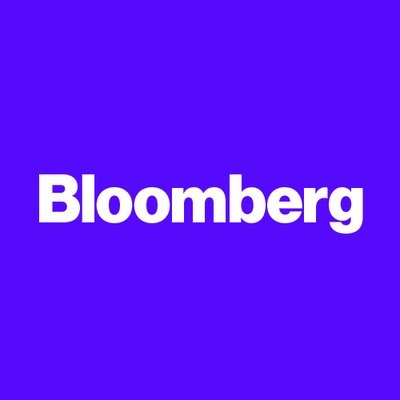 She said the pandemic had exposed “the weaknesses of ten years of Conservative mismanagement of our economy” and that the crisis must be a “wake-up call” for the Chancellor to put the country on a different path after “twelve months of irresponsible decision making”.

After a year of “last-minute scrambles, of U-turns, waste and mismanagement” from the Chancellor, Anneliese Dodds called for a plan to give families and businesses certainty:
A plan to protect jobs and businesses through the last stages of the crisis while the vaccine is being rolled out.
A plan to secure the recovery in those critical first months as we emerge from the crisis and reopen the economy.
A plan to lay the foundations so we can rebuild our economy, stronger and more prosperous than before.

She demanded the Chancellor reverses his decision to target families up and down the country with “a triple hammer blow of council tax rises, social security cuts and pay freezes”, which will take money out of people’s pockets and damage the recovery.

The Shadow Chancellor condemned Rishi Sunak’s approach as “economically illiterate”, she said: “The Chancellor’s message to our key workers – our teachers, our police officers, our armed forces personnel – at the end of one of the hardest years in living memory is to say: you deserve a real-terms pay cut.

“From the IMF and the World Bank to the OECD, every major international economic organisation is in agreement: now is not the time for tax rises on struggling businesses or families.” 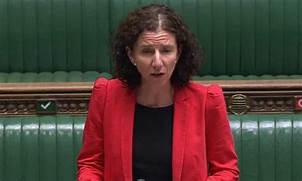 She told the virtual audience that the Budget will be a “test of character” for Mr Sunak, urging him to accept responsibility for his mistakes over the last year.

“Coronavirus may have closed large parts of our economy. But this Government crashed it.”
Outlining the “Sunak effect” on the UK economy, she said: “In the run-up to the Chancellor’s summer statement, as the costs to business of the furlough scheme were about to ratchet up, planned redundancies doubled.

“In September, as he proposed the ill-fated Job Support Scheme, redundancies jumped again – by another 40%.

“In the three months from September to November – when the Chancellor was announcing a new version of his Winter Economic Plan every other week, before we finally got a screeching U-turn just hours before the furlough scheme was due to end – redundancies hit almost 40,000, an all-time record.

“Unemployment kept increasing in the UK, while in other countries it was finally stabilising.

“That is the Sunak effect. While he dithers and delays, people right across the country lose their jobs.”

Warning that the Chancellor is making “exactly the same mistakes again” by allowing the clock to run down on his wage and business support schemes, she called for urgent action to protect jobs and business, including:
A smart extension of the furlough scheme for as long as health restrictions are in place and demand remains low, with a training offer for furloughed staff.
Clarity on the future of the Self-Employed Income Support Scheme and action to close the gaps that have excluded millions from support since the crisis began.
A minimum six-month extension of business rates relief, the reduced rate of VAT.
An extension of the £500 Test and Trace Support Payment to those without an occupational sick pay scheme.

She took aim at the Government for wasting and mismanaging billions of pounds during the crisis, saying: “The Chancellor might couch his decisions in the language of fiscal responsibility, but that’s hard to take from a Government that has wasted and mismanaged billions over the course of this last year.

“£22 billion on a Test and Trace system that for months wasn’t delivering.

“Almost £2 billion in contracts to businesses with clear links to the Conservative party, with no tender at all.

“£7,000 a day to management consultants while families across the country wondered how they were going to make ends meet.

“We’ll take no lectures from this Government on how to manage public money.”

Annalesie Dodds challenged the Chancellor to use Wednesday’s Budget to secure the recovery by transforming his “stuttering and slow” employment programmes to deliver a “Jobs Promise”, bringing forward £30bn of planned investment to support the creation of up to 400,000 new, green jobs, and changing the terms of the government-backed Covid loans so that small business only have to start paying them back when they’re growing again.


Also by Andrew Palmer...
The Funeral Of H.R.H Prince Philip, Duke Of EdinburghThe Business Interview: Dr Casey WoodwardThe Business Interview: Charles HagueNew Rules Mean Shops Can Be Converted Into Homes Without A Planning ApplicationNumber Of North West Workers Planning Career Changes Due To Pandemic Rises
And she was clear that Britain “cannot go back to the way that things were before the crisis”, demanding action to rebuild the foundations of the UK economy after a decade of Conservative mismanagement.

Calling for an end to the Conservative tradition of overpromising and under delivering, she said:
“Home ownership has fallen on the Conservatives’ watch. Six years ago they promised 200,000 starter homes, and not a single one was ever built.

She added: “We need to see investment working for every part of our country.

“An expansion of the Start Up Loans scheme getting 100,000 new businesses up and running in the next five years.

“The new National Infrastructure Bank – re-announced at the weekend to great fanfare, as if it weren’t the Conservatives who had sold the last one off – needs to have a mandate that ensures it backs projects that will make a real difference to communities, with savers given a stake in the recovery through British Recovery Bonds.

“An end to the plan to sell off our high streets to the highest bidder, with local councils instead given the powers to bring empty shops back to life and make town centres the beating hearts of our communities again.

“An approach to investment that brings local people together, offering them opportunities and better prospects – not pitting town against town and region against region in a scramble for funding handed down from on high by Conservative ministers.