King Of The Keyboards Announces His Return 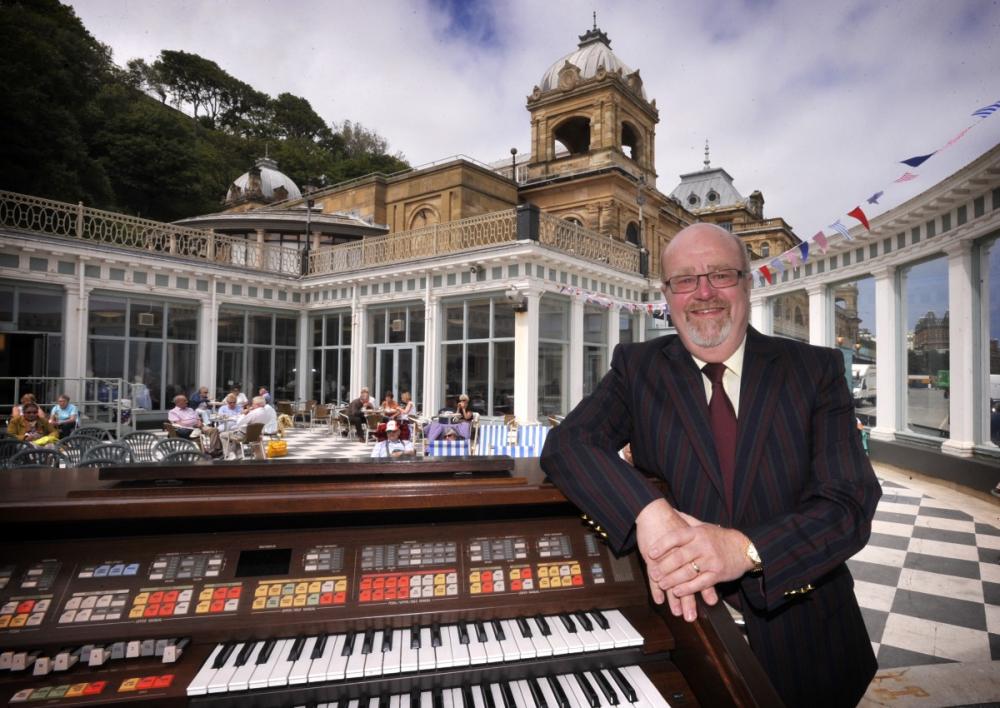 He will play a FREE Afternoon Music concert outside in the Spa’s Suncourt every Wednesday starting Wednesday 14 July.

Howard is a well-respected organist on the UK circuit and this year’s 10 week season will be his 34th year performing at the seaside venue – an achievement that has led to him being deemed ‘King of The Keyboards’.

Dependent on the Government’s upcoming announcements, it is hoped his weekly Coffee Dances will also return on Friday mornings in Scarborough Spa’s Ocean Room A further announcement will be made in due course.

Howard, whose 2020 performances were curtailed to just four because of the pandemic, says he is looking forward to tickling the ivories once more. He said: “The Suncourt has always been a very special venue to perform in and I am so pleased to be back for the 2021 summer season.

“I look forward to welcoming regular and hopefully a lot of new faces to my free concerts. Roll On Summer!”

Further announcements regarding Howard’s Summer season will be made available at www.scarboroughspa.co.uk