Kick Over The Traces Or Succumb To Misanthropy? 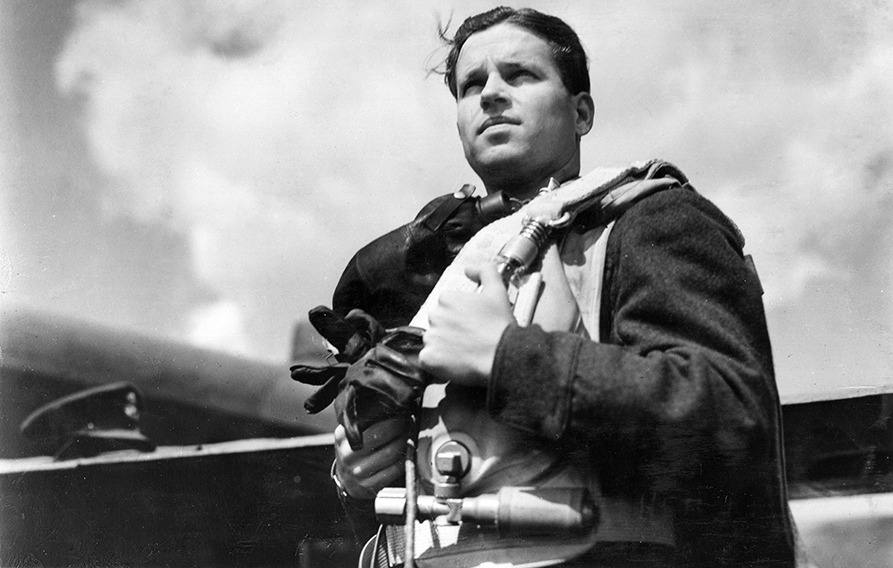 26 year old Guy Gibson leading 617 squadron
Where to start? Any one of several stories this week have left me cursing at the arrant nonsense that purports to normality these days.

But the one that really got my goat? - the Vice Chancellor of Oxford University stating that any student saying they’ve been traumatised by watching George Floyd being arrested, will have their grades uplifted in their finals to reflect their distress. So let me get this right - anyone can now plead PTSD over that moment and hey presto their 2:1 becomes a first. Well that’s how it reads. Pity those poor beggars studying there in the 1940’s, who had to witness daily the horrors of war and the likelihood of losing a loved relative, ‘cos mate you just had to get on with it’. Snowflakes? - doesn’t begin to describe it!


Also by Christopher Jackson...
Land Of Woke And BoringBanks - The Bellwether Of All That’s Changed For The WorseTo Boldly Split Where No Man Has Been Before2021 - The Death Of Common SenseCOVID -19 : An Unexpected Side Effect
You’ll excuse my lapse into Freddie Trueman here ‘but in my day’ only a talented, hard working few got a 1st. In 1974 when I graduated with a Desmond - aka 2:2, the number getting a first was just 8%. Now it’s 28%. My clearly pathetic 2:2 in Politics looks quite inadequate compared to a 1st in Underwater Basket Weaving from the University of Dogger Bank. But hey if you’re stressed out - whoah let’s make that a Triple 1st. My beloved Granny died during my finals so how come my trauma didn’t merit a 2:1? The defenders here usually say that to suggest grades are easier to come by is an insult to the brains and hard work shown. Oh ok - so my generation must have been clearly thick by comparison, and much lazier. Thanks. The plain fact is employers are now having to introduce their own tests as relying on university grades guarantees nothing. This generation are every bit as bright as mine, and as hard working, but where 2 D’s at A level would not have got you into University in the 60/70’s, now it does.

The proliferation of ‘new’ universities is not a move to celebrate, as it’s just lead to kids running up huge debts obtaining degrees that have little value in the marketplace. Successive Governments have blighted their life chances with false hope and unrealistic goals and expectations. Now they bang on about degrees needing to be more vocational - funny that, it used to mean time served indentured apprenticeships. The smart ones learned Plumbing City & Guilds et al, and not Media Studies. But who dare say it?


I have a friend whose 27 year old son was bleating to me that with Covid 19 he was doing 10 hour shifts and quote ‘was close to breaking down with stress’. I asked him whether he’d rather have been 26 year old Guy Gibson leading 617 squadron to bomb the Moehne Dam? Blank look. Hats off to Kenny Dalglish who when asked if he was stressed in 1990, said he didn’t think asking 11 men to kick a ball around, whilst travelling 1st Class to nice hotels, quite compared to a squaddie earning £15,000 who was about to invade Iraq.

My point? That’s easy - we seem to be sleepwalking towards developing a whole generation of people who simply can’t cope with anything. It’s becoming the biggest self-fulfilling prophecy of the age. When the Vice Chancellor suggests that the trauma could lead to an upgrade - guess what? Keep saying a whole generation of kids might develop lifelong mental illnesses due to three months away from school then guess what?

We are all living off immoral earnings

The current anti-slavery debate would be welcome if it was carried out in a factual and rational way: time and context in relation to the here and now. But institutions are now falling over themselves to apologise for a ten generations ago involvement in the slave trade. If this is the correct approach, then forget that the sins of the father shouldn’t be visited on the son etc. Because by these rules we are all complicit in the crime of slavery and we are all living off immoral earnings. British prosperity inevitably owes something to slavery and thus we are all sullied by it just by our very existence. So let’s learn from it, not simply try to wipe everything out that we find distasteful.

Next, you choose not to bend the knee at your peril, as Dominic Raab has found out. But cleave through the uproar and has he not made a legitimate point? Bending the knee was/is a servile gesture. If someone chooses to hijack such a gesture and create another meaning then no problem, but don’t pillory the person who sticks with the original meaning. These people rage about equality and tolerance, yet in the same breath castigate anyone who doesn’t agree with them.

So consider the binary option, does one kick over the traces and bolt down the road shouting tripe at all and sundry, or does one succumb to misanthropic trope and just gnash ones teeth at the seemingly inane world around us.

As I dithered over a call to the Samaritans, my happy week was completed by news that Harry Potter, Weasly and Hermione had seen fit literally to savage the hand that fed them. Never was Weasly a more apt nomenclature. Virtue signalling on Twitter overrides any consideration for the lives they’ve enjoyed because of J.K. Rowling's creativity. Cheap shots now they don’t need her. Depressing or what?


As this article shows, I’m still choosing to rage at the dying of the common sense light, but my man cave looks increasingly attractive.